Pamela Geller and Robert Spencer of Stop Islamisation of Nations (SION) are set to speak here. Two American anti-Islam activists who were banned from entering Britain are due to speak at a Melbourne conference in March.

The Q Society, which brought out Dutch anti-Islamic MP Geert Wilders to Australia last year, has organised the event with the international group Stop Islamisation of Nations (SION).

The location of the first International Symposium on Liberty and Islam in Australia will not be disclosed after violent protests were staged when Mr Wilders appeared in Melbourne last year.

Organisers say only that venues will be in the inner city, with a visit to a pub and a cocktail reception at a waterside location on the agenda. Speakers include SION leaders Pamela Geller and Robert Spencer from the US.


They were barred from entering Britain last year to speak at an English Defence League rally because their presence was deemed to "not be conducive to the public good". Ms Geller and Mr Spencer are critics of Islam and staunch supporters of Israel.

Also scheduled to speak in Melbourne are Babette Francis from the Endeavour Forum and the Family Council of Victoria's Bill Muehlenberg.

In a blurb, the Q Society said that Islam was spreading fast and "no other religious ideology spawns discrimination, division and violence on such a global scale".

"More Australians are looking for information, perspectives and better policies. This symposium offers insights and answers," it said.

But Islamic Council of Victoria board member Mohamad Tabbaa said the event seemed more like a hate-fest than a conference.

"It's quite openly anti-Islam, they are bringing out a bunch of renowned Islamophobe - there is no chance of genuine discussion with these sort of groups," he said.

Also speaking at the conference is Q Society president Debbie Robinson, who is also on the SION president's council and addressed one of the group's US events in 2012.


Ms Robinson is described as a fierce lobbyist for liberty and Australian values, who began questioning Islam after witnessing an anti-Israel rally in Melbourne. 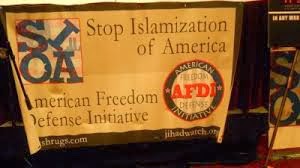 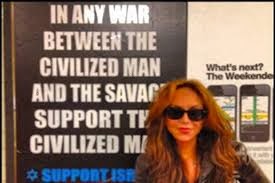