(Translated articles and photos from the Eleven Media Group on December 13, 2013.)

According to Burma’s Commerce and Consumer Affairs Department the cross-border trade with her neighbour nations through official border trading points has reached more than US$ 3 billion in the period from April-1 to December-6, which is just over a half of this 2013-2014 financial year.

Great news for Burma is that the cross-border export is much more than cross-border imports from her 4 neighbouring nations Thailand, China, India, and Bangladesh. There are 15 official border trading posts on Burma’s 5,000 miles-long border.

The largest cross-border trade volume -- more than half of total border-trade volume -- is on China border while the second largest is from the border trade with Thailand. The Commerce and Consumer Affairs Department has plans to establish more trading stations on China and Thailand borders.

The new cross-border trade station earmarked for Chinese border is Minelar Station and the new ones on Thai border are Melselt, Phayathonezu (Three-pagoda-pass), and Poneparkyin stations.

According to the Commerce Department the total value of official cross-border trade from April-1 to December-6, 2013 between Burma and China was nearly two billion US$. The official trade figures collected at Muse 105-mile trade zone are indicating that export from Burma side was more than imports into Burma from China.

Following was what Yan Naing Htun the Burmese Director of Muse 105-mile Trade Zone said on the fluctuations of trade volume and nature of trade between Burma and China.

“At present our official exports to China is more than our official imports from China. This trade surplus at our favour is not happening every financial year. Some years we import more, but in some other years like this year we export more than import.

Especially when big Chinese investment projects are being implemented in our country. For example big hydro-electric projects need to bring in a lot of heavy machinery and construction materials from China. And the cross-country gas and oil pipelines require a lot of materials and machinery from China. Then our imports went up more than our exports.

Another factor is the unofficial trade or smuggling between our side and China side. Officially our imports are now less than our export. But if we can count the unofficial trade, I’m so sure our imports are much more than our exports. There are so many other ways from Chian into our country. Ways like through Lwejel, thorugh Namkhan,  or even through Kunlone just to avoid import duties and taxes.”

According to the trade statistics issued by Chinese border control authorities more than 17 million US$ worth of forestry and timer products from Burma enter China every month through unofficial routes. Jades and other precious gemstones from Burma also enter China in large quantities through smuggling routes. 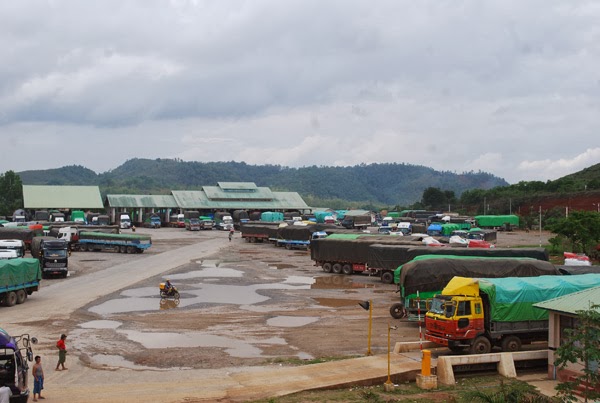 Burma’s Overall Trade Deficit of More Than A Billion US$

Even though the overall trade volume has been drastically increasing over the years the increasing volume of imports is causing Burma international trade deficit to rise steadily. And from April-1 to December-6 2013 this 2013-14 financial year the trade deficit is now more than a billion US$, according to the Commerce and Trade Ministry from Naypyidaw.

Burma is expecting and has planned accordingly to achieve more than 25 billion US$ of foreign trade volume in 2013-14 financial year, and 80% of that trade is by sea routes and 20% through border trading routes. 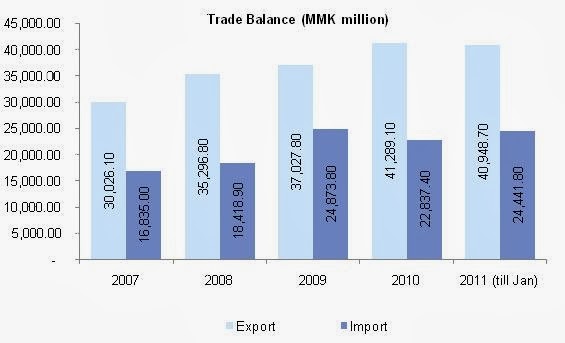 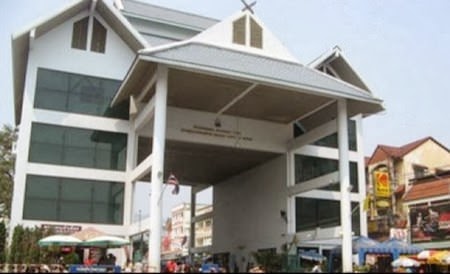 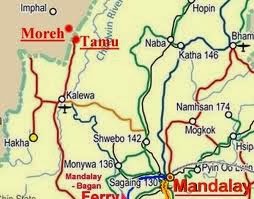