(Translated article direct from the Rohingya Blogger on November29, 2013.)

Maungdaw -- Sixteen families of sixty-six Ethnic Yakhine-Buddhists fleeing the ongoing Islamic genocide in Bangladesh has crossed the border into Burma on December-28 2013. They are now being resettled on the land confiscated from the illegal Bengali-Muslims in Taung-pyo-let-wel Sub-township of Maungdaw Township.

The Border Region Ethnic Affairs Department (Na-ta-la) under Burma’s Border Affairs Ministry has a special state policy to welcome and resettle the Bangladeshi-Buddhists who are mostly ethnic Yakhines and Burmese with blood relatives in the Arakan of Burma.

Na-ta-la has been generously providing the Buddhist refugees from Bangladesh with two-storied houses, wells, water pumps, acres of paddy land, foodstuff, and essential consumer products. The Buddhist refugees have also been given three year temporary resident visas with a promise that they will be given permanent residency after three years if they are of good characters and actively cooperate with local authorities in driving the Bengali-Muslims back into Bangladesh.

Both the brutal persecution back in Bangladesh and the happy welcome from their blood kin in Burma has so far been causing a regular flow of Bangladeshi Buddhists from the CHT (Chittagong-Hill-Tracts) into the Arakan recently.

In last August alone 44 families of Buddhist refugees from the Arlikawdam Township of Bindrobin District were resettled also at Taung-pyo-let-wel by the Na-ta-la. To accommodate these Bangladeshi Buddhist refugees Burmese authorities has so far pushed Bengali-Muslim households out of their homes in No-2, 3, and 4 wards out of all ten wards in Taung-pyo-let-wel Sub-township.

As a part of Burmese Government’s strategic policy to repopulate the volatile border region with loyal Buddhists from both Burma-proper and Bangladesh Na-ta-la has also been confiscating a large swath of fertile paddy land from the Bengali-Muslims and redistributing among the government-sponsored Buddhist settlers.

The irony is that the Bangladeshi Government has been doing the exact same thing on Bangladesh side of the border by confiscating Buddhists’ traditional land and redistributing the land among the government-sponsored Bangladeshi Muslim settlers from the seriously crowded Bangladesh proper.

The Buddhist population in Bangladesh is now measly 0.9% from more than 20% in India's Bengal, pre-Bangladesh and pre-East-Pakistan. The almost 100% Buddhist CHT is now reduced to just over 50% Buddhists as the result of ongoing Islamic genocide and government-sponsored Muslim re-settlements. 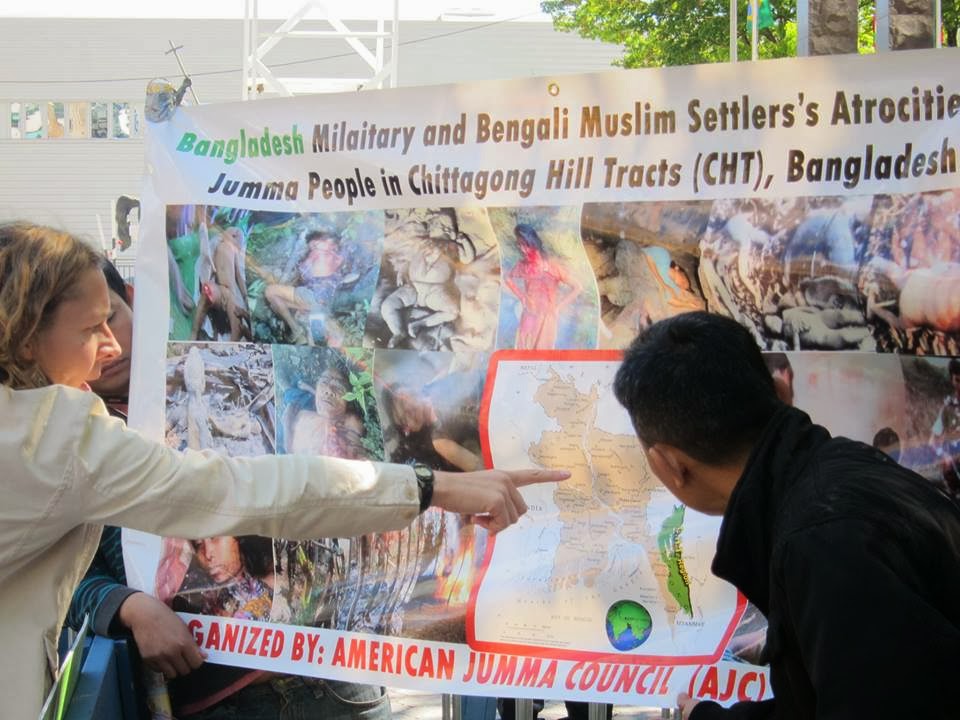 Since 2007 Burma’s Border Affairs Ministry has been resettling many Buddhist families on the lands by Bangladeshi border. In Taung-pyo-let-wel area alone 120 two-storied houses were built for the new settlers and each Buddhist family willing to live among the hostile Bengali-Muslims was provided with 2 acres of good paddy land and other goodies to make their lives comfortable on the dreaded border land.

All ten villages of Taung-pyo-let-wel has mainly been occupied by illegal Bengali-Muslims and to accommodate new Buddhist settlers there 24 acres of paddy land from each Muslim village was confiscated and all 240 acres were redistributed free among the Buddhist settlers from both Burma proper and Bangladesh’s CHT.

In addition to pressuring the Bengali-Muslims to move back into Bangladesh local Buddhist authorities in Maungdaw District are also sending secretly to Bangladesh their agents and local Buddhist monks to actively encourage the Buddhists in Bangladesh’s CHT region to resettle in the Arakan side of the border. The land and houses and all free goodies are used to entice the Bangladeshi Buddhists.


(Blogger’s notes: Burmese authorities are basically applying the Ne Win’s era Socialist Law that all agricultural land in Burma is owned by the crown and thus the Bengali-Muslims illegally occupying the crown land can be removed by force from their land and that land is re-granted to the Buddhist settlers. Their aim is to rebalance the border population ratio now at 95% Bengali-Muslims back to at least 50% Buddhists.) 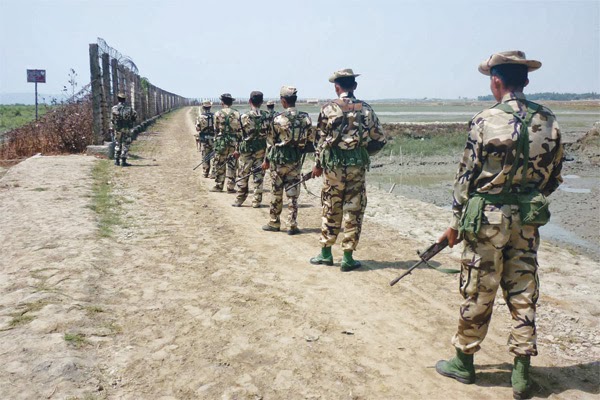