Suicide Of A Burmese Maid In Singapore: Again

(Staff article direct from The REDWIRE SINGAPORE on 13 June 2017.) 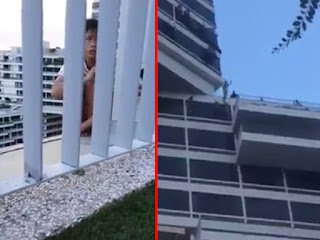 Final Moments before Myanmar Woman Jumps from Height at The Interlace Condominium:

A woman who’s reportedly a Burmese domestic helper from Myanmar jumped from the 19th floor of The Interlace condominium at around 7pm yesterday.


SCDF officers were unable to rescue the woman. The case is being investigated. The Interlace is a 1040-unit condominium development located in Depot Road. It won the World Building of the Year at World Architecture Festival in 2015.

The woman is identified as Zin Mar Oo aged 25 from Arakan but she appears to be not older than 15. There was a suicide attempt by another 15-yr old maid from Burma in Singapore recently who was found to be carrying a false passport of a 25 year old woman.


This is the video footage of the jump.

Before the incident, a woman chatted with the Myanmar national in an attempt to dissuade her from committing suicide.

Suicides of young domestic servants from Burma in Singapore have been frequently occurring in Singapore since early 1990s when Burmese military government started allowing young Burmese women to work as servants in wealthy Singapore.


Myanmar maid falls to her death in Singapore

A female Myanmar domestic help committed suicide on Monday by jumping out from the 18th floor of the Interlace Condo located at Depot Road in Singapore. A Myanmar embassy official, speaking to The Myanmar Times yesterday, said, “We do not know why she committed suicide. Police are still investigating the case.”

The Myanmar embassy confirmed that the girl’s identity as Ma Zin Mar Oo, aged 25 and was a Myo ethnic from the Rakhine region. She was working for an Indian family at the condominium as a maid for the last eight months and was issued a work-permit by the Singapore government.

According to Ma Khin Lay, who is the member of the Singapore based Humanitarian Organization for Migrations and Economics (HOME),Ma Zin Mar Oo died at the scene sustaining serious injuries to her head due to the fall.

A video clip, showing the girl on the ledge of the condominium talking with the people who tried to stop her from jumping, has gone viral on Facebook. The Myanmar government has banned the sending of domestic workers to Singapore since 2014.

Ma Khin Lay, who is helping Myanmar migrant workers in Singapore, told The Myanmar Times, yesterday that 40 to 60 Myanmar domestic workers have been going to Singapore daily.

She also said that many cases of child labour were found in Singapore although the government there only allows those aged 23 and above to work in that country. Recently there was a case of a 15-year old Myanmar female domestic worker who fell from the 9th floor of her employer’s flat in Singapore. But the girl survived and suffered spinal injuries. She survived after falling on the 7th floor, according to HOME.

Ma Khin Lay, who took the girl back to Myanmar, said that employment agencies made out the girl’s as 25 even though her passport shows she was about 15 years old. Her forged passport and documents had a different name, race and township, he said.

Ministry of Labour, Immigration and Population Union Minister U Thein Swe told the media last Friday that action has been taken and charges have been preferred against the employment broker who sent the 15-year-old girl to Singapore. According to Ma Khin Lay, Myanmar domestic workers are paid between S$500 to S$640 monthly.

He said that as part of the deal, every Myanmar maid have to give about seven months wages to the brokers or employment agency as service fees. Myanmar Overseas Employment Agencies Federation (MOEAF) officials have said and have reported to the government official that there are now about 40000 Myanmar domestic workers in Singapore.

This because many have gone there illegally and are being exploited as child labour. The officials said that this was because there are weaknesses in the government’s ability to supervise the number of workers who leave the country. MOEAF’s officials have been also asking the government to remove all restrictions imposed on workers who wish to go abroad. 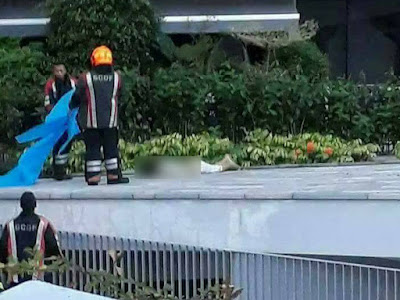 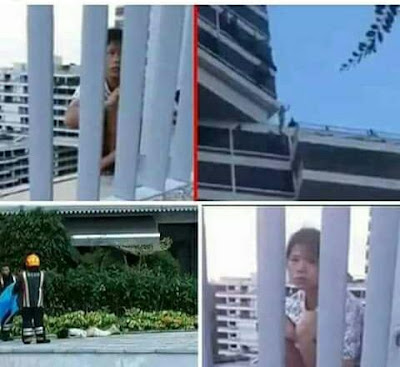