(Ryan Faughnder’s article direct from The LA TIMES on 30 September 2016.) 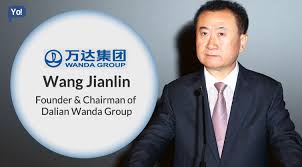 China’s richest man, Wang Jianlin, has been on a buying spree in Hollywood. His media conglomerate, Dalian Wanda Group, has aggressively expanded into the U.S. film industry. The company, which already owns the nation’s second-largest theater chain and a major U.S. film producer, recently signed a deal to invest in Sony Pictures movies.

Now, Wanda is in talks to buy the iconic Dick Clark Productions, producer of the Golden Globe Awards, in a deal that values the company at about $1 billion. And Wang, 61, may just be warming up. The brash executive has proclaimed his desire to acquire one of the six major Hollywood studios and vowed to “change the world where rules are set by foreigners.”  Wanda recently was in talks to buy a 49% stake in Paramount Pictures until parent company Viacom  Inc. scuttled the sale.

But not everyone is happy about Wang’s ambitious plans, which have sparked heightened concerns among some lawmakers that a company closely aligned with the Chinese government could wield too much control over the content and distribution of American movies.


If he succeeds, Wang potentially could tilt the balance of power in the global entertainment industry at a time when China could soon eclipse America as the world’s largest movie market.

“Wanda’s influence cannot yet be measured except to say that every possible ramification is on the table,” said Peter Shiao, chief executive of Orb Media, a film production and marketing company with offices in Los Angeles and Beijing. “It used to be Hollywood expanding outwards, but in this case, that position is now being occupied by a Chinese company.”

China’s economic miracle during the past four decades has been defined by its manufacturing prowess. But to become a true global power worthy of cultural influence, it needs entertainment companies like Beijing-based Wanda to succeed. Making box office smashes isn’t like making cellphones and TVs, though. Few outside of Hollywood, Bollywood and South Korea have ever struck a winning formula.

Wanda’s solution has been to go on a buying binge to catch up. “What we’ve seen with Wanda is they want to own studios like Legendary, but they don’t want to run them,” said Clayton Dube, director of the USC U.S.-China Institute. “Wanda is saying, ‘We don’t know how to make good movies yet. We want to learn.’ ”

But Wanda’s quest for so-called soft power is unnerving its critics in the U.S. This month, 16 U.S. congressmen signed a letter to encourage greater scrutiny of Chinese investment in American industry, citing Wanda’s investments in AMC and Legendary Entertainment, which the company acquired earlier this year for $3.5 billion, a price that some analysts said was excessive. Legendary helped produce such hits as “Jurassic World” and “Godzilla.”

The lawmakers expressed concern about the potential for Chinese influence to censor American movies or otherwise alter content to further Chinese interests. Wanda is not the first Chinese company to face scrutiny from the U.S. government. Chinese telecommunications hardware firm Huawei, for example, has been blocked from U.S expansion plans because of security concerns.

Meanwhile, Richard Berman, a controversial media strategist and provocateur, has launched a campaign called China Owns Us that questions whether it’s prudent to let companies like Wanda buy up U.S. media companies. 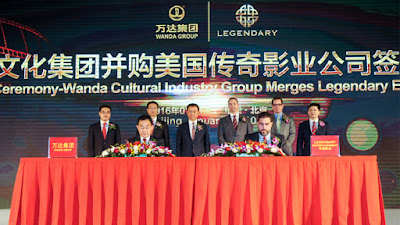 “Chinese control of movie production, radio station broadcasts, and other public channels provides the Chinese government with a platform to promote its own ideological message in the place of competing ideologies — often in an unassuming manner,” the group says in a white paper. As if to reach the heart of the entertainment industry, the campaign paid for a billboard on the Sunset Strip that read: “China’s Red Puppet: AMC Theaters.”

“They're creating a stir and building a backlash,” Stanley Rosen, a USC political science professor and China expert, said of Wanda’s critics. Wanda Group didn’t respond to requests for comment. But Wang has been clear about his goals, once saying, “There’s nothing wrong with being No. 1 worldwide.”

Experts note parallels to the flurry of Japanese investment in Hollywood two decades ago. That resulted in a backlash that has long since fizzled. But it will be harder for China to eventually be viewed as benignly as Japan, which is a close military ally of the U.S. and shares a democratic system with Washington.

“The ideological consequences of these deals cannot be overlooked,” said Wheeler Winston Dixon, a film professor at the University of Nebraska, Lincoln. “Now we’re selling out to this country, and they’re not exactly our pals.”

As China’s economy looks less and less stable, businesses seek other places to put their cash. And the glamorous movie business has long proved attractive for rich investors, including Alibaba Group, Hunan TV and Tencent. Wanda in particular has close ties with Beijing’s political elite.

Before he became a businessman, Wang, one of the so-called Princelings, joined the army like his father, a veteran of the Communist Party’s Long March of the 1930s.  Not long after leaving the military as a mid-ranking officer, Wang was appointed office director of the Xigang District Government in the northeastern coastal city of Dalian. He later got a job with a struggling state-owned property builder in Dalian. There, he secured a loan with the help of an army friend and turned the failing developer around.

He transformed it into a moneymaking enterprise in the 1990s after the country legalized private real estate. Wang grew his empire by building his signature Wanda Plazas across China. The popular mixed-use projects often were anchored by a movie theater — Wang’s first step in becoming an entertainment mogul. 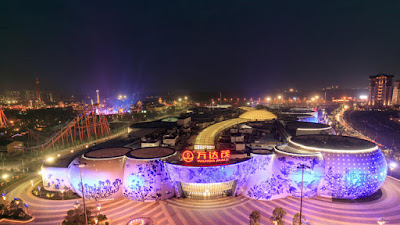 The world's first Wanda Mall and theme park demonstration zone made by Wanda Group is illuminated on Sept. 3, 2016, in Nanchang, Jiangxi Province, in China. Now, Wanda wants to become China’s first dominant global brand — and it’s developing prime properties in coveted locales like Beverly Hills and London to prove its case. The company disclosed sales of about $43 billion in 2015, mainly from real estate.

Wang hasn’t shied away from fights with established rivals. He sparred publicly with the Walt Disney Co. weeks before the June launch of the $5.5-billion Shanghai Disney Resort, declaring that his theme parks would outperform Disney.

And Wang has been open about his intention to show China in a positive light. In announcing the recent deal with Sony, Wanda said it would “highlight the China element” in the films in which it invests, though Sony executives say Wanda will not have creative influence on the movies.

The deal with Sony allows Wanda to take a 10% stake in three to four upcoming movies like “Jumanji,” giving the films access to the company’s massive marketing and theatrical prowess. Hollywood has been more than happy to accept money from Chinese investors, with Wanda as the biggest and most aggressive in the space.

When Wanda opened its new studio, the Qingdao Oriental Movie Metropolis in the northeastern Chinese coastal city better known for its beer, it drew A-list stars such as Leonardo DiCaprio and Nicole Kidman.

Leonardo DiCaprio attends a red carpet event for the Wanda "Oriental Movie Metropolis," billed as China's answer to Hollywood, in the Eastern port city of Qingdao on Sept. 22, 2013. Locally, Harvey Weinstein, co-chairman of the Weinstein Company, sent a letter to the Beverly Hills City Council to support Wanda’s development of a condo and hotel in the city that has been mired in a dispute with the neighboring owner of the Beverly Hilton.

Wanda’s growing clout eventually could give it an advantage over the established studios. Wanda owns more Chinese movie theaters than any other company. In 2012, it bought  AMC Theatres, which recently announced a deal to acquire Britain’s Odeon & UCI Cinemas Group and is trying to scoop up Georgia-based Carmike Cinemas.

Owning a large portion of the world’s theater business gives Wanda a massive influence over the global film industry and could give it leverage in negotiations with studios over sharing box office revenue. The company has said it wants to control 20% of global box office ticket sales by 2020. 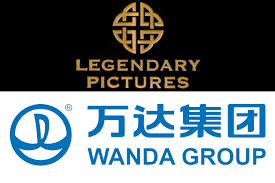 If Wanda buys a major U.S. film studio, it potentially would have an advantage over companies that aren’t allowed to own theaters under longstanding U.S. antitrust law. Filmmakers interviewed by The Times were skeptical of the idea of China using movies for propaganda — especially if it gets in the way of making money.

“If they do that, people will stop watching the movies,” said John Davis, a film and TV producer for Fox and Sony. “Chinese companies are all driven by the profit motive.” Some think Wang’s public statements about furthering Chinese power abroad are partly just to maintain favor with the home country’s government.

“Hollywood is not for sale as a propaganda tool for foreign interests, particularly to a country like China that is far removed from the liberal politics of the entertainment industry,” said Los Angeles investment banker Lloyd Greif.

Still, there’s little doubt that China’s growing power in the entertainment business will affect the kinds of movies that get made. Studios want to increase the chances that their movies get into the Chinese market through the country’s revenue-sharing program, which allows only 34 foreign movies to participate a year.

“The Chinese are clearly not interested in being creatively passive when it comes to the kinds of movies they're being associated with,” said Matt Baer, producer of the 2014 film “Unbroken.”

That means there probably will be more movies like Legendary’s “Warcraft,” which features the kind of special effects action that does particularly well in China. The video game adaption bombed in the U.S. and almost everywhere else. But it grossed $220 million in China, partly because Wanda put it in as many theaters as possible.

The influence on Hollywood movies is likely to remain relatively subtle for now, through self-censorship by the studios, the increased casting of Chinese celebrities and more overt product placement. Studio 20th Century Fox, for example, brought in Chinese model and actress Angelababy for its sequel to “Independence Day,” which also featured characters drinking a Chinese product called Moon Milk.

Last year’s Matt Damon hit “The Martian” raised eyebrows with a plot device that emphasized China’s role in rescuing an interplanetary castaway. Legendary is preparing for the release of “The Great Wall,” a big-budget co-production with China Film Group and Le Vision Pictures set to hit Chinese theaters in December.


“Being positive about China is not in itself bad,” USC’s Dube said. “But if you start telling stories about the South China Sea to explicitly promote China’s political agenda, then people should be concerned.”