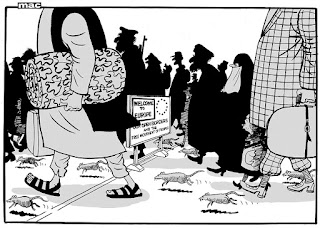 While the target nations — Hungary and the Czech Republic — have hardened themselves against illegal migrants by building fences and rejecting the European Union’s forced resettlement programme, they have welcomed the migration of right-wing “refugees” from the first world.

Germany’s Bayerischer Rundfunk reports on the experience of an estate agent with experience selling homes in Hungary’s picturesque Lake Balaton who said the number of “disaffected” Germans seeking property there to escape their own country was on the rise.


Estate agent Ottmar Heide said now eight in ten of his customers were leaving Germany and moving to Hungary because of the migrant crisis, and the potentially millions of non-Europeans who will move to Germany every year. The fact that there is already a large German speaking community around the lake, the country is Christian, property and cost of living is cheap, and there are no “migrants” are all reasons for people choosing to move there, claims the report.

One of Mr. Heide’s customers made quite clear for the report why he was moving to Hungary. Michael Müller, a computer scientist and anti mass migration, counter-Islamification Alternative for Germany (AfD) party supporter said he wanted to retire early to somewhere he could feel safe. 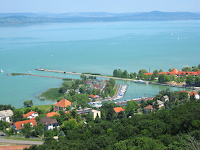 He told Bayerischer Rundfunk: “in my home-town, when I go out in the afternoon I hardly ever hear a spoken sentence that is [in good German]”. Mr. Müller even used a special German word to describe the situation at home — “überfremdet” — ‘excessively foreign’. Another German who was already living at the lake expressed concern over the number of mosques being built in Germany.

It isn’t just Germans who are moving to Hungary to escape the migrant crisis. The Visegrad Post reports this week on the prevalence of native Belgians moving to Hungary, and for just the same reasons. Belgium sends per capita the most fighters to join the Islamic State, and is one of the most Islamised nations in Western Europe.

The Post reports between 2011 and 2015, the number of Belgian ex-pats living in Hungary registered with their national embassy increased from 463 to 900. It reports that better weather and freedom from fear of terror attack are other ‘pull factors’.

Breitbart London has before reported on this phenomenon of ‘white flight’ to Europe’s more conservative countries. A March report showed young professionals moving from countries with high Muslim migration and youth unemployment such as Spain moving to Czech capital Prague. The city benefits from traditional architecture, safe streets, and according to at least one man interviewed — attractive women. 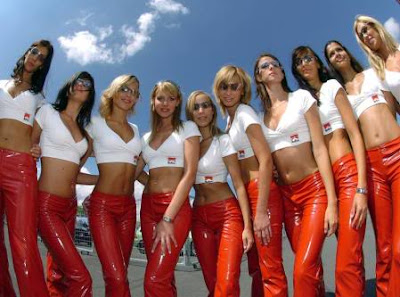 Young Western Europeans are flocking to the Czech Republic because they feel it is safer than their migrant over-run homelands. In a development that could be seen as amusingly ironic were it not for the backdrop of migrant crime, Czech news site Novinky reports Prague is seeing its own flood of migrants trying to find a safer home. Yet the influx is not Syrians or Iraqi, but rather German, British, French, and Spanish.

Pravo Mario is one such person who says that his native Spain isn’t what it used to be. “Not only do we have high unemployment, but at home it’s no longer safe. We have our radicals and part of the country strives for independence,” said the 25 year-old originally from Barcelona.

“In this unpredictable climate Islamists who are here and elsewhere in Western Europe had studied for years, [gave the impression] they had integrated, and now unceremoniously sow death,” Mario said.

It was also the women of the Czech Republic that got his attention. The real estate broker said he fell madly in love with a Czech college student from eastern Bohemia who had been studying in Spain. “She came as an exchange student. We thought we’d stay in Spain, but after what’s happening, we decided to go to Prague. It’s safe there. You can meet a lot of people from different cultures,” he said.

He added that he thought it would be no problem for him to find a well-paying job in the Czech capital, unlike in Spain where youth unemployment sits at around 45 per cent. “You’ll find all the major international corporations in Prague,” he explained, “banks are always looking for young people to hire for interesting positions.”

Mario’s story isn’t unique but rather part of a growing trend. Since 2004 the number of foreigners coming to the central European nation have increased by more than double according to the Czech Statistical Office. “The Czech Republic is interested in getting more young people from the countries of the European Union. These are mainly people from 18 to 24 years of age,” a report from the Czech Statistical Office said.

According to their reports the main reasons for the youth exodus to the country is a fear of illegal Muslim migrants, lack of work, and a deteriorating sense of security where gang violence and street crime have become commonplace.

Breitbart has reported on the migrant gange taking over sections of European cities, like the Berlin train station where Europeans go at their own risk. The migrant crisis has made these problem areas worse, according to locals who say they have seen a dramatic increase in crime since the new migrant waves arrived.

There are around five million unemployed young people in Europe and many like Mario want to get away from the major western cities like Paris where terrorism has been hanging over the heads of locals since November, Vienna where so called “sharia patrols” abuse women for being out after 10pm, or Germany where young girls are molested in swimming pools.


In contrast, the Czech Republic and their Visegrad-4 partners told the European Union they did not want to take any migrants, and consequently are not displaying the same issues as Western Europe . The Czech President made it clear he did not have an optimistic view of Muslim mass migration to his country saying migrants, “respect Sharia instead of Czech laws,” and had no qualms about not wanting to take any into the country. 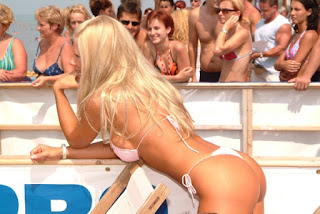