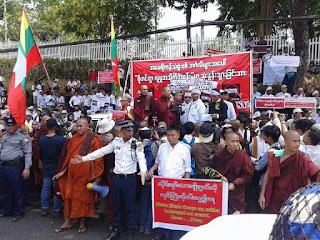 At about 1 Pm on yesterday 28 April thousands and thousands of Burmese nationalists led by Ma-Ba-Tha monks marched to the vast fortified compound of US Embassy in Rangoon in Burma. The mass protest was responding to the US Embassy’s Public Statement issued on 20 April referring to the tragic boat sinking near the Bengali-Muslim refugee camps in Arakan State.

On Tuesday 19 April 2016 a ferry boat with 65 Bengali-Muslim passengers including men, women, children and babies, capsized and sank at the entrance of Thay Choung river after being hit by big wave while they were travelling from Sin Tat Maw Refugee camp in Pauktaw Township to Sittwe Township, Arakan, to buy food. 15 passengers died and about 20 are missing. And some children and a baby are among the dead.

In response to the tragic sinking of Muslim refugee boat the US Yangon Embassy issued following public statement which evidently has angered Buddhist nationalists in Burma as the US Embassy has referred to the Bengali-Muslim refugees as “Rohingya community” the loaded term hated by most Burmese but deliberately used by Muslims all over the world and their supporters such as US President Barack Hussein Obama and the United Nations and EU.


The U.S. Embassy is deeply concerned about recent events in Rakhine State. We were saddened by the news about those who tragically lost their lives after a boat capsized near Thae Chaung in Sittwe Township on April 19 and we extend our condolences to the families of the victims, who local reports state were from the Rohingya community.

Restrictions on access to markets, livelihoods, and other basic services in Rakhine State can lead to communities unnecessarily risking their lives in an attempt to improve their quality of life. We are also concerned by the escalation of military action between the Myanmar armed forces and the Arakan Army, reported allegations of abuses against civilians, and the loss of life. We offer condolences to the families who have suffered from this conflict and call on all parties to exercise restraint and refrain from further fighting, which puts civilian populations at risk.

We welcome the Government of Myanmar's stated commitment to improve conditions for all people in Rakhine State and promote reconciliation, peace, and stability. We will work closely with the government, international community, and people of Myanmar to achieve this goal.


So on 28 April in Yangon thousands and thousands of Ma-Ba-Tha monks-led Buddhist nationalists gathered at Bo Sein Hman Park in Tamwe Township and then marched to US Embassy on the University Avenue Road (Tekatho Yeikthar Road) in Kamaryut Township. There right in front of the well-guarded US Embassy, Buddhist monk Shin Thu Seitta (a follower monk of our globally-famous monk Shin Wirathu) gave following short but rousing speech titled “We Declare United States Government A Four-Twenty Government”.

(In Burmese language if someone is labelled a Four-Twenty or 420 he or she is a liar and fraud. The widely used term has originated from the well-known Section 420 of Burma Criminal Code since the British colonial time hundred years ago. Section 420 deals with serious financial fraud cases and calling someone a 420 in public is a deadly insult.)

Shin Thuseitta: What American Government should know is that they can bully our government but not our people. Americans should behave like the citizens of a big nation for they are ones. They should not interfere in our internal affairs. Study our true history. Don’t be fooled by the false history peddled by them Bengali-Muslim illegals.

Study the real history of them Begali-Muslims. You’ll find them undeserving for our citizenship let alone a national-ethnic race status they have been demanding. Let me tell this to American Government. Using that fake racial term Rohingya totally rejected by us Burmese is an insult to the whole race of us Burmese.

Therefore the Americans must stop using that loaded term immediately. We cannot let our country ruin forever because of that false term for a fake race.

If they Americans really want to see our country peacefully developing they must bury that Rohingya word forever. Don’t try to sell our country out to Muslims at the same time pretending as if you Americans care about us. We’d seen Kosovo fell into Muslim hands because of Clinton Administration. By erasing completely a Christian country from the world map the Clinton Administration together with EU and UN were the villains in world history.

So do not try to commit the same crime against us this Buddhist country. Rohingya is a four-twenty word and the people using that word are the four-twentys too. If American Government continues to use that four-twenty term we are forced to call them a four-twenty government.
Do our audience agree? Do you agree?


From Today We Declare American Government A Four-Twenty Government! 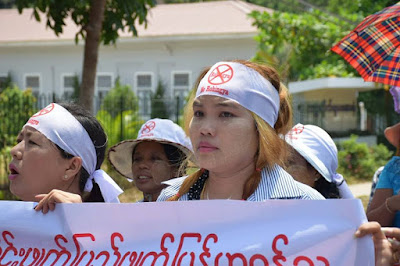 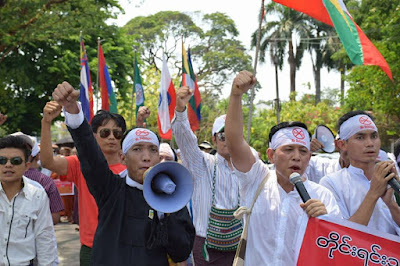 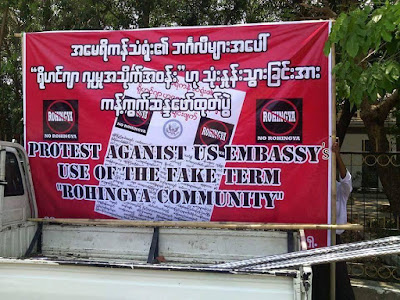 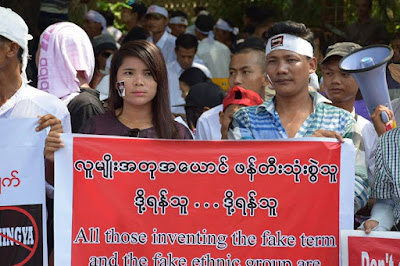 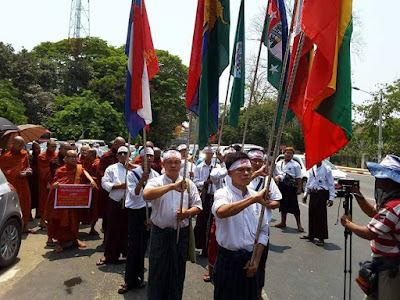 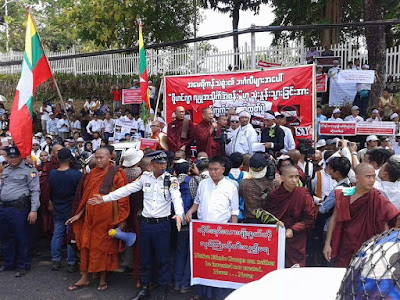 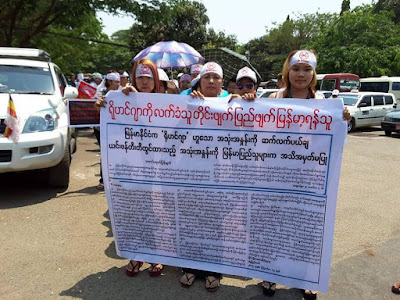