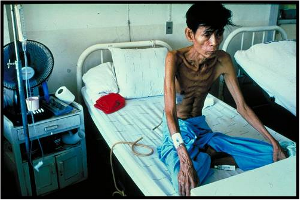 
These are also the two counties that have by far the highest number of TB cases. “In 2014, Marion County had 46.3% of Indiana’s TB cases and only 14.2% of Indiana’s population,” the 2014 Indiana Department of Health Annual Report on Tuberculosis states.

Over the decade from 2005 to 2014, 35 percent of Indiana’s 1,131 cases of active TB were in Marion County. Nine percent were in Allen County, which had only 5 percent of the state’s population.

The increased incidence of TB in Fort Wayne of Allen County during this period appears to be directly tied to a flood of immigrants arriving from Burma, one that had a significant cost to public health and the taxpayers. In 2007, Allen County and Fort Wayne “[braced] for a wave of Burmese refugees. 200 are scheduled to arrive this fall and 800 are planned for 2008.”

“Fort Wayne’s Burmese population was already estimated at more than 3,000 … one of the largest in the United States,” the News Sentinel  reported at the time. Fort Wayne very likely has one of the largest populations of Burmese living outside Myanmar. There is no precise count, but the estimate is more than 6,000. An average of 125 Burmese were sent by the federal government to settle in Fort Wayne each year between 1993 and 2006.

In 2007 that number increased to 700 and to 800 in 2008. But those numbers don’t include what is referred to as secondary migration, the many people who were initially settled elsewhere but who moved to Fort Wayne to be closer to family, friends and the city’s growing Burmese community.

The Allen County Public Health Director “said about 50 percent of refugees arrive with TB infection and must be tested, treated and tracked. The TB clinic is already seeing a surge in patients this year, and they are sicker, she said, adding more nurses are needed now, even without the additional refugees.”

The the massive influx of LTBI positive Myanmar Burmese refugees required so many financial resources from the local health department to screen and treat it began to run out of money.

The Allen County public health director applied for an emergency grant from the federal government for $100,000 to deal with the ensuing public health crisis. The local Congressman quickly helped ensure the funding request was granted, and taxpayers around the country ended up paying the bill.

Burma (Myanmar) Has The Highest Rate of TB In World 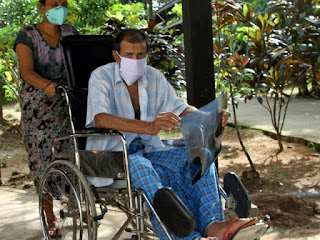 Myanmar (Burma) has one of the highest incidence rates of MDR TB in the world. According to the World Health Organization, “There are 27 ‘high burden’ countries. These are countries where there are at least 4,000 cases of MDR TB each year and/or at least 10% of newly registered TB cases are of MDR TB.”

Myanmar (Burma)—the country of origin for 80 percent of Indiana’s 1,885 resettled refugees in 2015 and the several thousand resettled since 2007—is one of those 27 “high burden” countries.

Tuberculosis is an age-old scourge and one of the world's most infectious killers affecting 12 million people, according to WHO. With 506 sufferers per 100,000 people, Myanmar's rate of regular TB is three times the global average.

With half of the Burmese refugees carrying latent TB, that’s a lot of people to treat and keep track of. Latent TB must be treated, or 10-15 percent will develop into full-blown, contagious TB. The treatment goes on for a year and medicine must be taken daily.

Tuberculosis (TB) is a bacterial infection generally transmitted person to person from the infected respiratory droplets of a person with active TB disease. When individuals with TB cough, laugh, sneeze or talk, the germs are released into the air.  If another person breathes in these germs, there is a chance they will become infected. TB is not spread by shaking hands, sharing utensils or touching bed linens or toilet seats of someone infected.

TB usually affects the lungs, but can sometimes affect other parts of the body. It can cause death if not treated with medicine. 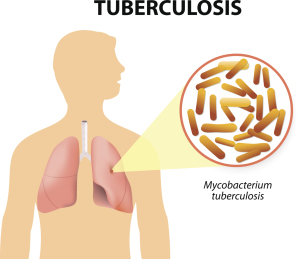 Not everyone infected with TB bacteria becomes sick. In most people who breathe in TB bacteria and become infected, the body is able to fight the bacteria to stop them from growing. This is called latent TB infection.

TB is a treatable and preventable disease with proper screening and medical treatment to prevent active disease. Most people won’t know if they have TB infection unless they get tested. A skin test is the way to find out if a person has been exposed to TB.

There is more than one type of TB skin test; however, the preferred method is the Mantoux test.  For this test, a small amount of testing material is placed just below the top layers of skin, usually on the arm.  Two or three days later, a certified staff member examines the arm to see if a bump has developed.  If the bump is a certain size, the test is positive and the person has a TB infection.  A chest X-ray is done to determine how bad the infection is.


The Fort Wayne-Allen County Department of Health offers TB skin test and related services. For individuals who have a positive TB skin test, we may require a chest x-ray to rule out active tuberculosis. The cost for the TB skin test is $15.  Other services are charged at the true cost to the department. 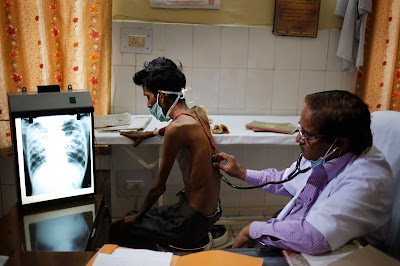