Who Ruined The US Oil Market? Dodd-Frank!

(Kevin Kochrane’s article direct from The WEEKLY STANDARD on 03 May 2016.) 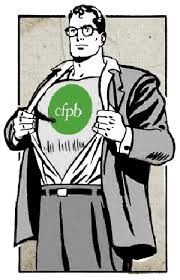 Who Ruined the U.S. Oil Market? It wasn't just OPEC. The next big crisis facing commercial banks and corporate bondholders doesn't involve mortgages, but it has everything to do with the mortgage crisis that began in 2008.

The knee-jerk reaction of Congress that created the legislative mess known as "bank reform" has driven lenders away from consumers and into the arms of oil. And now that greasy paramour is showing her fickle ways to be exactly like her sub-prime mortgage sister. Why? 2010's Dodd-Frank financial reform law. Dodd-Frank's intent was to remove systemic risks from the U.S. financial system while increasing consumer protections.

Controversy has surrounded the law since its inception, with banks both large and small grappling under its tentacles of regulation requiring everything from capital stress tests to writing living wills. But these new regulatory intrusions pale in comparison to the effects that one Dodd-Frank entity has had on lending and the U.S. economy.


The Consumer Financial Protection Bureau (CFPB) was created as part of Dodd-Frank to level the playing field between consumer borrowers and bank lenders. And while its interests have wandered across everything from payday lending to electronic funds transfers, much of its effort has been on home mortgage lending.

This laser focus of the CFPB "protecting" home mortgage consumers has had one very big effect on that market: It has reduced the amount of banks interested in the business. The increased cost of additional compliance (and the loss of many high return lending products such as negative amortization and sub-prime mortgages) has driven many banks out of the market entirely. 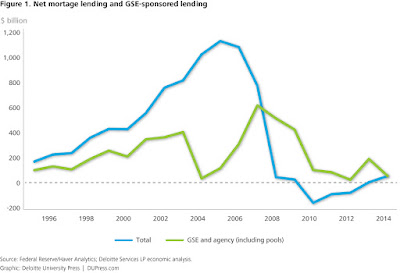 To find where this exodus of loanable funds has gone one need only examine the loan portfolios of banks today. Because the increased costs of compliance limited or entirely eliminated any profit to be made by banks on home mortgages, banks turned to the oil market to deploy their funds. This is a profound unintended consequence of Dodd-Frank.

With the CFPB effectively regulating banks out of the home lending market, commercial banks more than tripled their lending to the oil industry. These additional trillions of dollars fleeing mortgage-lending for less regulated and more profitable energy loans resulted in an almost doubling of U.S. oil production during the past seven years. 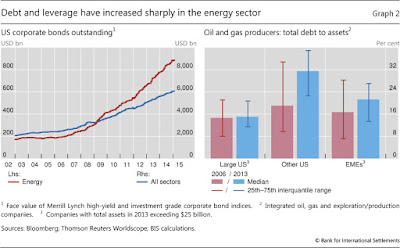 But, this rapid increase has come at a heavy cost. The innovations of fracking and lateral drilling are expensive and OPEC knows it. Countries like Kuwait and Saudi Arabia can produce a barrel of oil for about five dollars while the U.S. average cost is closer to $13. And that average cost in the U.S. contains more and more fracked oil costing upwards of $25 per barrel at the wellhead.

The current state of the domestic oil market can only be described as "dismal." Today, oil trades at less than a third of its price per barrel in 2008, when banks generous lending to the industry began in earnest. States have lost billions in gasoline taxes and struggle now with massive budget deficits. And in human terms, the industry has lost more than 250,000 jobs in just the past 24 months with more layoffs to come.

During the ten years leading up to Dodd-Frank oil production in the U.S. was essentially flat; actually, down a little. While not ignoring the political goal of seeking energy independence, the recent and dramatic increase in domestic oil production fueled by commercial bank lending was too fast—way too fast! Doubling daily production over just a few short years after decades of increasing reliance on imported oil scared the big foreign producers. But scaring them also had consequences. 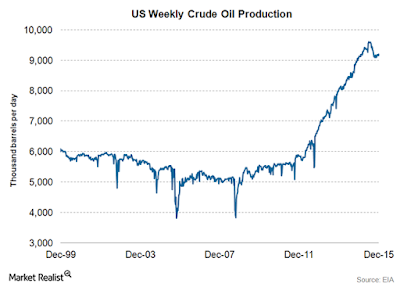 Faced with rapidly increasing American oil production, OPEC made a business decision. The princes and oil ministers of the Middle East know they can win a price war. And they also know that the now highly leveraged American oil industry can't sustain its increased production level at today's low prices without defaulting on its loans.

The end game viewed by OPEC is fewer American oil producers and reduced American oil production. Ultimately this means more oil exports from the Middle East to the U.S. and increased economic gains for the OPEC nations. In the wake of this global petroleum tsunami will be banks buried under bad oil loans driven there by the CFPB. Yes, OPEC may now be the actor taking center stage, but it's Dodd-Frank that wrote the play.


(Kevin Cochrane teaches business and economics at Colorado Mesa University, and is also a Permanent Visiting Professor of Economics at The University of International Relations in Beijing.) 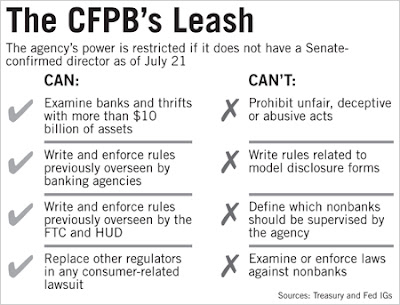