(Chris D’Angelo’s article direct from The HUFFINGTON POST on 10 November 2016.) 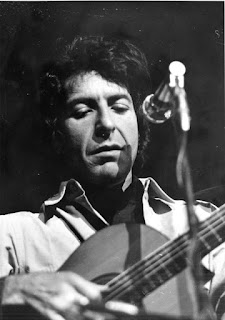 Canadian singer, songwriter and poet Leonard Cohen, whose voice was as golden as his lyrics were moving, has died, Sony Music confirmed on his Facebook page Thursday. He was 82. Cohen’s death comes just weeks after the release of his 14th studio album, “You Want It Darker” ― a befitting final farewell on which he sings plainly and beautifully about death knocking at his door.

“Hineni, hineni, I’m ready my Lord,” Cohen laments on the album’s self-titled track. (“Hineni” is Hebrew for “here I am,” which is how Abraham answered when God commanded that he sacrifice his son Isaac in the Bible’s Old Testament.) “I’m leaving the table. I’m out of the game,” Cohen sings on another new track.

In his review late October, National Public Radio Rock Critic Ken Tucker declares the album is “less a summing up than a living will, complete with gifts for how to negotiate a life for maximum passion.”


Throughout his career, Cohen wore his heart on his sleeve, never shying away from talking, writing or singing about life, sexuality, spirituality or death. Cohen spoke candidly to The New Yorker last month about his “proximity to death.”

“I’ve got some work to do,” he told David Remnick. “Take care of business. I am ready to die. I hope it’s not too uncomfortable. That’s about it for me.” During a listening party last month in Los Angeles, however, Cohen backpedaled on those comments. “I said I was ready to die recently, and I think that was exaggerating,” he said, drawing laughs. “One is given to self-dramatization from time to time. I intend to live forever.”

Born in 1934 in Montreal, Cohen’s first book of poetry, Let Us Compare Mythologies, was published in 1956). He became a folk singer in the 1960s and released his first album, “Songs Of Leonard Cohen,” in 1967. Among Cohen’s most famous songs are the ballad “Hallelujah,” “So Long Marianne,””First We Take Manhattan” and “Tower of Song.”

Although Cohen brought comfort to many, he dealt with depression since his adolescence. He spent several years in the 1990s living at a mountaintop Zen Buddhist monastery outside of Los Angeles, he told The New Yorker.

“Moving into some periods, which were debilitating, when I found it hard to get off the couch, to periods when I was fully operative but the background noise of anguish still prevailed.” he told the magazine. Eventually, Cohen left the monastery and returned to music.

In 2004, however, he discovered that his long-time manager, Kelley Lynch, had stolen millions from his retirement fund. Lynch was ordered to pay $9.5 million, and she was later sentenced to 18 months in jail for harassment, according to The Guardian.

Cohen went back on tour to offset his financial difficulties, a move that proved to be a major success. He went on to play nearly 400 shows around the globe between 2008 and 2013, before his physical health began to deteriorate, Rolling Stone reports. 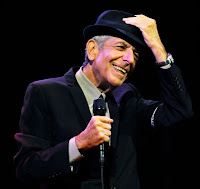 Despite being “confined to barracks,” as he described his own situation to The New Yorker, Cohen managed to find the energy for not one, but two more albums. “Popular Problems” was released in 2014.

“At times I was very worried about his health, and the only thing that buoyed his spirits was the work itself,” Cohen’s son Adam told Rolling Stone about the recent album project. “And given the incredible and acute discomfort he was suffering from in his largely immobilized state, [creating this album] was a great distraction.”

In July, Cohen learned that his former girlfriend Marianne Ihlen, the inspiration behind his famous song “So Long, Marianne,” was dying of leukemia. In an emotional and touching letter that was read to Ihlen just before she died, Cohen wished his old friend farewell.

“Well Marianne, it’s come to this time when we are really so old and our bodies are falling apart and I think I will follow you very soon,” Cohen wrote. “Know that I am so close behind you that if you stretch out your hand, I think you can reach mine. And you know that I’ve always loved you for your beauty and your wisdom, but I don’t need to say anything more about that because you know all about that. But now, I just want to wish you a very good journey. Goodbye old friend. Endless love, see you down the road.”


The musician is survived by his son, Adam Cohen, and daughter, Lorca Cohen.

Leonard Cohen Died In His Sleep After A Fall

Nov 17 (Reuters) - Songwriter and poet Leonard Cohen died in his sleep after a fall in his Los Angeles home in the middle of the night, his manager has said. “The death was sudden, unexpected, and peaceful,” his manager Robert Kory said in a statement published on the Cohencentric website.

Cohen, music’s man of letters whose songs fused religious imagery with themes of redemption and sexual desire, died on Nov. 7. He was 82. No cause was given for his death when it was announced three days later on his Facebook page. Cohen has been buried in Montreal in an unadorned pine box next to his mother and father, his son Adam said on Facebook on Sunday.

“As I write this I’m thinking of my father’s unique blend of self-deprecation and dignity, his approachable elegance, his charisma without audacity, his old-world gentlemanliness and the hand-forged tower of his work,” Adam Cohen wrote.

Born into a Jewish family in 1934 and raised in an affluent English-speaking neighborhood of Quebec, Cohen read Spanish poet Federico García Lorca as a teenager - later naming his daughter Lorca. He learned to play guitar from a flamenco musician and formed a country band called the Buckskin Boys.

Cohen moved to New York in 1966 at age 31 to break into the music business. Before long, critics were comparing him with Bob Dylan for the lyrical force of his songwriting. Although he influenced many musicians and won many honors, including induction into the Rock & Roll Hall of Fame and the Order of Canada, Cohen rarely made the pop music charts with his sometimes moody folk-rock.

His most ardent admirers compared his works to spiritual prophecy. He sang about religion, with references to Jesus Christ and Jewish traditions, as well as love and sex, political upheaval, regret and what he once called the search for “a kind of balance in the chaos of existence.” Cohen’s most famous song, “Hallelujah,” in which he invoked the biblical King David and drew parallels between physical love and a desire for spiritual connection, has been covered hundreds of times since he released it in 1984.

Cohen’s other well-known songs include “Suzanne,” “So Long, Marianne,” “Famous Blue Raincoat” and “The Future,” an apocalyptic 1992 recording in which he darkly intoned: “I’ve seen the future, brother/It is murder.”
Posted by Hla Oo at 12:09 AM