(Jimmy Thomson’s article direct from The CBC NEWS on 02 November 2016.) 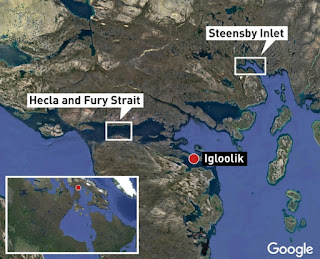 Mysterious 'ping' sound from sea floor baffles Igloolik. Sometimes called a beep, a ping, or a hum, the sound is blamed for scaring away animals. The mysterious sound has been noted by hunters in the area of Hecla and Fury Strait, a rich hunting ground that they say was empty this year.

Hunters in a remote community in Nunavut are concerned about a mysterious sound that appears to be coming from the sea floor. The "pinging" sound, sometimes also described as a "hum" or "beep," has been heard in Fury and Hecla Strait — roughly 120 kilometres northwest of the hamlet of Igloolik — throughout the summer.

Paul Quassa, a member of the legislative assembly, says whatever the cause, it's scaring the animals away. "That's one of the major hunting areas in the summer and winter because it's a polynya," an area of open water surrounded by ice that's abundant with sea mammals, he said. "And this time around, this summer, there were hardly any. And this became a suspicious thing."


The noise is "emanating from the sea floor," according to remarks Quassa made last month in the Nunavut legislature. The sound appears to come from the sea floor in Hecla and Fury Strait. Northeast of Igloolik is Steensby Inlet, where Quassa says Baffinland, owner of the Mary River mine, has been doing sonar surveys. The company says it has no equipment in the water.

Another area MLA, George Qulaut, said he visited the site after hearing the reports. Though he wasn't able to hear the sound — he says years of hunting have left him nearly deaf, especially to high-pitched sounds — he did notice the lack of wildlife.

"That passage is a migratory route for bowhead whales, and also bearded seals and ringed seals. There would be so many in that particular area," he told CBC News, recalling his own days of hunting there. "This summer there was none."

Boaters aboard a private yacht passing through the area also say they heard the mysterious sound, and described it during an appearance on a community radio show upon their arrival in Igloolik. A number of people called in to say they'd also heard it. The noise can apparently be heard through the hulls of boats. CBC News has not heard the noise and did not speak to anyone who claims to have heard it.

Nobody seems to know where the sound comes from, but theories — from environmental activists to mining — abound. One theory blames Baffinland Iron Mines Corporation. The company has previously conducted sonar surveys of nearby Steensby Inlet in conjunction with its Mary River mine southwest of Pond Inlet. But the company told CBC News it is not conducting any surveys in the area, and has no equipment in the water.

Quassa says no territorial permits have been issued for work — such as construction, blasting or hydrography — in the area that could explain the noise. He also says some of his constituents suspect the sound is being generated on purpose by Greenpeace to scare wildlife away from the rich hunting ground. The organization has a tense past with Inuit stemming from its opposition to the seal hunt in the 1970s and 1980s.

George Qulaut, the MLA for Amittuq and Speaker of the Nunavut Legislative Assembly, travelled to the hunting grounds where hunters said the sound was scaring wildlife away. He saw 'only seabirds. Not a single seal.'

"We've heard in the past of groups like Greenpeace putting in some kinds of sonars in the seabed to get the sea mammals out of the way so Inuit won't be able to hunt them," Quassa said. These rumours, though persistent, have never been substantiated. "Nobody has ever seen any type of ship or anything going through that area and putting something down," Quassa said.

Greenpeace denies the assertion. "Not only would we not do anything to harm marine life, but we very much respect the right of Inuit to hunt and would definitely not want to impact that in any way," Farrah Khan, a spokeswoman for the organization, said from Toronto. 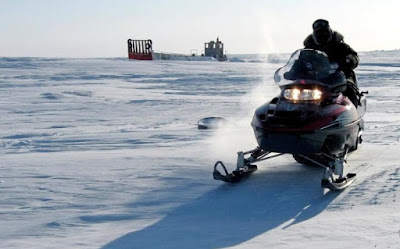 The military is also aware of the noise, and says it is looking into it. Internal correspondence between sources in the Department of National Defence, obtained by CBC News, suggest submarines were not immediately ruled out, but were also not considered a likely cause.

A spokesperson told CBC News the armed forces are investigating. "The Department of National Defence has been informed of the strange noises emanating in the Fury and Hecla Strait area, and the Canadian Armed Forces are taking the appropriate steps to actively investigate the situation," a spokesperson wrote in a statement. Igloolik is about 70 kilometres north of Hall Beach, an active military site that was once part of the now-defunct DEW line of radar stations.

In the meantime, Qulaut is worried about the sound's impact on game animals that have been feeding in the area for centuries. For now, the community has no answers about the sound, its origins, or what it might be doing to the animals. "As of today, we're still working on it,"  he said. "We don't have a single clue."

Hunters in a remote community in the Canadian Arctic are concerned about a beeping sound that’s scaring animals away from a popular hunting area. The Canadian armed forces have sent a crew to investigate reports of a mysterious “pinging” sound that seemed to be coming from the sea floor.

Hunters in a remote community in the Canadian Arctic have become concerned about a pinging or beeping sound they say they’ve been hearing in the Fury and Hecla Strait, a channel of water that’s 120km (75 miles) north-west of the Inuit hamlet Igloolik.

Paul Quassa, a local politician, told CBC that the sound seems to be coming from the sea floor, and is scaring animals away from a popular hunting area of open water surrounded by ice that is usually abundant with sea mammals. “And this time around, this summer, there were hardly any. And this became a suspicious thing,” he said. 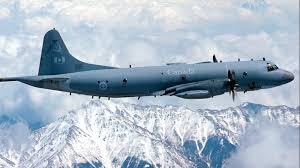 Several reports were passed to the military, which sent a CP-140 Aurora patrol aircraft to investigate on Tuesday under the mandate of Operation Limpid, a domestic surveillance programme designed to “detect, deter, prevent, pre-empt and defeat threats aimed at Canada or Canadian interests”.

In a statement, Department of National Defence spokeswoman Ashley Lemire said: “The Canadian armed forces are aware of allegations of unusual sounds emanating from the seabed in the Fury and Hecla Strait in Nunavut. The air crew performed various multi-sensor searches in the area, including an acoustic search for 1.5 hours, without detecting any acoustic anomalies.

The crew did not detect any surface or subsurface contacts. “The crew did observe two pods of whales and six walruses in the area of interest. “At this time the Department of National Defence does not intend to do any further investigations.”

That hasn’t stopped people from theorising about the source of the sounds, which have been variously attributed to the sonar surveys of local mining operations or to Greenpeace activists.

Sonar is used by mining companies to make detailed maps of the sea floor in their search for offshore oil and gas. The sonar is known to disturb marine mammals such as whales and dolphins. However, the Baffinland Iron Mines Corporation, which has conducted sonar surveys nearby, told CBC it has no equipment in the water at this time.

Others believe that Greenpeace is creating the sound on purpose to scare wildlife away from Inuit hunters – an allegation Greenpeace denies.

Meanwhile in Ontario, a low rumbling sound known as the “Windsor Hum” has confounded residents for six years, with some describing it as like thunder or a subwoofer that can rattle windows.


The sound appears to come from an island surrounded by fences that’s home to a steel plant. The secrecy surrounding the plant has led to wild and unfounded speculation that the sound comes from an alien aircraft or from the construction of an underground tunnel by a billionaire. 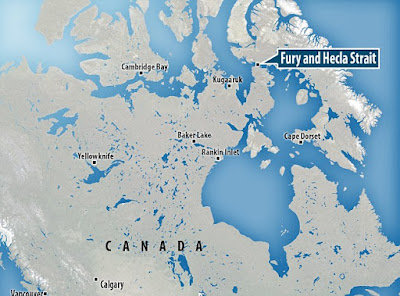