(Nick Gutteridge’s article direct from The EXPRESS UK on 19 November 2016.) 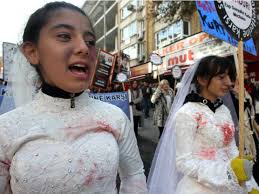 In a move which has shocked world politicians, the Muslim majority country proposed exonerating paedophiles en masse. Hardline Islamist president Recep Tayyip Erdogan's government insists that the new law is designed to pardon men who did not realise they were having sex with underage girls.

But critics have reacted with open fury to the legislation, saying it officially legitimises both deliberate child rape and forced child marriages. It comes after a shocking rise in violence against women in Turkey, which has risen by 40 per cent in the past decade.


The shocking bill, which sill surely provoke an astonished reaction from the EU, was approved on a preliminary basis yesterday after being put to parliament by the ruling Justice and Development Party (AKP). Opposition MP Ozgur Ozel raged: "Sexual abuse is a crime and there is no consent in it. This is what the AKP fails to understand. "Seeking the consent of a child is something that universal law does not provide for."

MPs will have a second vote on the new legislation on Tuesday at which point, if the ballot goes the same way, it will be officially passed into Turkish law. It is estimated that the change in the law would quash the convictions of some 3,000 men accused of assaulting an under-18. The government says this will happen if their act was committed without "force or threat" and if the aggressor marries the victim with the consent of their family.

Justice Minister Bekir Bozdag said it could help couples who have engaged in consensual sex and want to marry. He said: "When a child is then born from this non-official union, the doctor warns the prosecutor and the man is sent to prison, putting the child and mother into financial difficulties."


Turkey is becoming an increasingly dangerous place for women under President Erdogan's Islamist regime, with statistics showing the women murder rate increased by a jaw-dropping 1,400% per cent between 2003 and 2010. 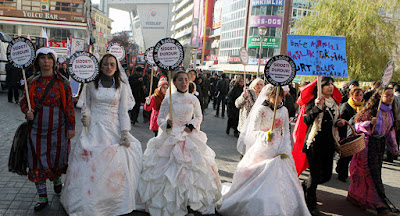 In 2011, Salih bin Fawzan, a prominent cleric and member of Saudi Arabia's highest religious council, issued a fatwa asserting that there is no minimum age for marriage, and that girls can be married "even if they are in the cradle." A senior Turkish judge mentioned a particular case in which three men kidnapped and raped a girl, then one of them married her and the sentences for all three were lifted.

Obama Advised By Islamist Erdogan On How To Raise His Daughters

Obama has boasted on more than one occasion that he calls President Recip Tayyip Erdogan of Turkey for his advice on how to raise his daughters, Malia and Sasha. Obama praised Erdogan and said this: “And I also appreciate the advice he gives me, because he has two daughters that are a little older than mine — they’ve turned out very well, so I’m always interested in his perspective on raising girls.”

Obama has said Erdogan was his “favorite” and “most trusted” ally. Erdogan has spoken out against contraception, describing it as “treason” when speaking at a wedding ceremony. Turkish President Recep Tayyip Erdogan has said women cannot be treated as equal to men and now Erdogan calls women who work, “half-persons.” 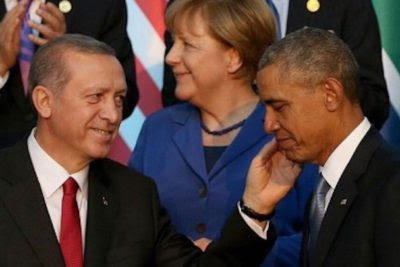