The West Is Finally Fighting Back against Militant Islam: General Michael Flynn has been offered the post of national security adviser in Donald Trump’s administration. Flynn is a senior intelligence officer and during the election campaign he was vociferous in his denunciation of Hillary Clinton, even leading the chants for her to be locked up.

He is also a long-standing critic of Obama’s military policies – or what he regards as the lack of them. In particular he has called for a fiercer response to Islamic State. He is on record as having said, “It’s rational to fear Muslims.” On the BBC’s Today Programme, the presenter Nick Robinson described Flynn’s statement as “controversial.”

So that’s the BBC’s assessment of what counts as controversial! How so when for decades Muslims have been shooting, bombing, dispossessing and otherwise terrorising people in large numbers on three continents?


But the left wing establishment – that politically correct amalgamation of politicians, senior churchmen and huge sections of the media – insists that we shouldn’t notice the slaughter. As a priest in the Church of England, I wish we would adopt the attitude and policies of some of our best forebears.

In the Burgundian town of Vézelay, on 31 March 1146, St Bernard of Clairvaux delivered his famous oration on responding to the Muslim threat: “…Will you allow the infidels to contemplate in peace the ravages they have committed on Christian people? …Fly then to arms; let the holy rage animate you in the fight, and let the Christian world resound with these words of the Hebrew prophet: ‘Cursed be he who does not stain his sword with blood!’”

Islam, the famous “religion of peace and love” has got a CV. Here is a summary of its imperialistic incursions and attempted conquests over the last 1300 years:

In AD 732 a Muslim army of as many as 200,000 men was defeated by the Christian Charles Martel at Tours. If that battle had been lost, all Europe would have fallen to militant Islam. In 1565 the relief of the Siege of Malta, by a Christian alliance, ensured that the Mediterranean did not fall into Muslim hands and so give them a toehold in southern Europe. 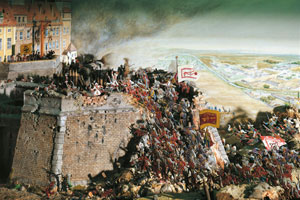 Following the defeat of the Muslim Turks by the Knights of St John at Malta in 1565, there came the Battle of Lepanto on 7th October 1571 when a fleet of the Holy League, a coalition of Spain (including its territories of Naples, Sicily and Sardinia), the Republic of Venice, the Papacy, the Republic of Genoa, the Duchy of Savoy, the Knights Hospitaller and others, decisively defeated the main fleet of the Ottoman Empire.

There was that other 11 September – 1683 when Christian armies under Polish King Jan Sobieski arrived at the gates of Vienna and defeated the last substantial Muslim incursion: the last, that is, before the one which we face at present.

There is no doubt that militant Islam’s current aggression will have to be firmly suppressed if the character of Europe as we know it is to survive. If the European powers cannot bring themselves to act firmly, then the continent will be dominated by the Islamic ideology within a generation, with the resulting loss of all our freedoms – and of course the loss of countless lives.

The character of Islam has long been understood by some of the finest minds in Europe. One of the most outstanding philosophers of the 20th century, R.G. Collingwood in his The New Leviathan (1942) described Islam as “a barbarism.” And the great poet Samuel Coleridge had this to say in his On the Constitution of Church and State (1830):

“That erection of a temporal monarch under the pretence of a spiritual authority, which was not possible in Christendom but by the extinction or entrancement of the spirit of Christianity, this was effected in full by Mahomet, to the establishment of the most extensive and complete despotism that ever warred against civilisation and the interests of humanity.”

Winston Churchill wrote: “How dreadful are the curses which Mohammedanism lays on its votaries! Besides the fanatical frenzy, which is as dangerous in a man as hydrophobia in a dog, there is this fearful fatalistic apathy.”

World War III is not something that belongs to the future: it has been going on for a long time. The strategy of Islam is what it has always been, and that is to defeat, subdue and rule the west. Yes, there is a war on. The trouble is only one side is fighting it. Let us hope that, under the guidance of General Michael Flynn, this policy of appeasement and defeatism is about to change.

General Flynn ✔ @GenFlynn: Fear of Muslims is RATIONAL: please forward this to others: the truth fears no questions... 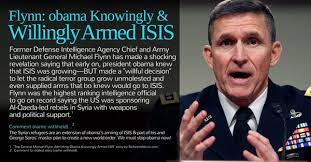 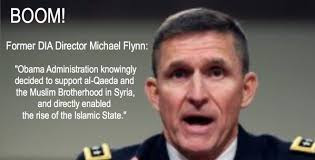 (Peter Mullen graduated from the University of Liverpool with the degree of BA, before obtaining a PhD from Middlesex University. He was ordained into the Church of England in 1970. He became Chaplain and Head of Religious Education (RE) at Whitecroft School, Bolton in 1974.

In 1977 he was appointed Vicar of Tockwith and Bilton-in-Ainsty with Bickerton, Diocese of York, where he remained until 1989. He was censured in 1989 by the Church of England for committing adultery with a parishioner, and as a consequence had to resign from his incumbency in Yorkshire. From 1989 to 1997 he was banned from performing priestly duties. Mullen has written an article on his adultery.[2]


He became Priest-in-Charge of St Michael's Cornhill & St Sepulchre-without-Newgate and Chaplain to the Stock Exchange in 1998. He later was confirmed as Rector of St Michael, Cornhill. He retired on his seventieth birthday in January 2012, but remains the chaplain to the Freedom Association.)

Related posts at following links:
Islam is A Perversion of Christian Doctrine: St. Aquinas
Muslims' Siege Of Vienna, 11 September 1683
Posted by Hla Oo at 3:06 AM