(Wayne Madsen’s article from The STRATEGIC CULTURE on 11 November 2016.)

Defeated Democratic presidential candidate Hillary Rodham Clinton is not about to go quietly into that good night. On the morning after her surprising and unanticipated defeat at the hands of Republican Party upstart Donald Trump, Mrs. Clinton and her husband, former President Bill Clinton, entered the ball room of the art-deco New Yorker hotel in midtown Manhattan and were both adorned in purple attire.

The press immediately noticed the color and asked what it represented. Clinton spokespeople claimed it was to represent the coming together of Democratic Blue America and Republican Red America into a united purple blend. This statement was a complete ruse as is known by citizens of countries targeted in the past by the vile political operations of international hedge fund tycoon George Soros.


It is doubtful that President Trump’s aides will advise the new president to carry out a diversionary criminal investigation of Mrs. Clinton’s private email servers and other issues related to the activities of the Clinton Foundation, especially when the nation faces so many other pressing issues, including jobs, immigration, and health care.

However, House Oversight and Government Reform Committee Chairman Jason Chaffetz said he will continue hearings in the Republican-controlled Congress on Hillary Clinton, the Clinton Foundation, and Mrs. Clinton’s aide Huma Abedin. President Trump should not allow himself to be distracted by these efforts. Chaffetz was not one of Trump’s most loyal supporters.

Not only must Trump have to deal with Republican neocons trying to worm their way into his administration, but he must deal with the attempt by Soros to disrupt his presidency and the United States with a Purple Revolution

No sooner had Trump been declared the 45th president of the United States, Soros-funded political operations launched their activities to disrupt Trump during Obama’s lame-duck period and thereafter. The swiftness of the Purple Revolution is reminiscent of the speed at which protesters hit the streets of Kiev, the Ukrainian capital, in two Orange Revolutions sponsored by Soros, one in 2004 and the other, ten years later, in 2014. 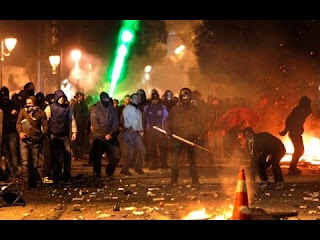 The use of political graffiti is a popular Sharp tactic. The street protests and anti-Trump music and art were the first phase of Soros’s Purple Revolution in America.

The second front arrayed against Trump is from Soros-funded political groups and media. This second line of attack is a propaganda war, utilizing hundreds of anti-Trump newspapers, web sites, and broadcasters, that will seek to undermine public confidence in the Trump administration from its outset.

One of Trump’s political advertisements, released just prior to Election Day, stated that George Soros, Federal Reserve chair Janet Yellen, and Goldman Sachs chief executive officer Lloyd Blankfein, are all part of a global power structure that is responsible for the economic decisions that have robbed our working class, stripped our country of its wealth and put that money into the pockets of a handful of large corporations and political entities.

Soros and his minions immediately and ridiculously attacked the ad as anti-Semitic. President Trump should be on guard against those who his campaign called out in the ad and their colleagues. Soros’s son, Alexander Soros, called on Trump’s daughter, Ivanka, and her husband Jared Kushner, to publicly disavow Trump. Soros’s tactics not only seek to split apart nations but also families. Trump must be on guard against the current and future machinations of George Soros, including his Purple Revolution. 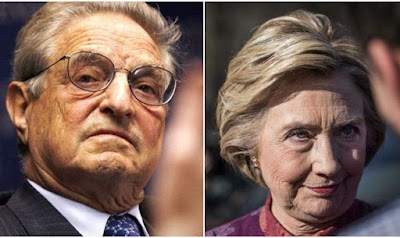 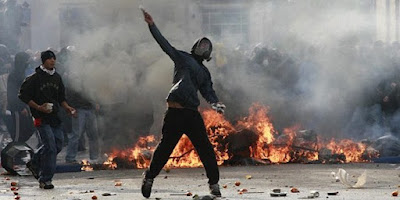 Anytime globalist politicians embrace a color, be on guard for a revolution bearing that particular hue. On the day after the election that propelled Donald Trump into the White House, Hillary and Bill Clinton entered the ballroom of the “Moonie” Unification Church-owned New Yorker hotel in midtown Manhattan adorned in the color purple. Mrs. Clinton wore a pant suit with purple lapels and a purple blouse, while Bill Clinton wore a purple tie. Journalists were told that the color represented the “coming” together of “blue” and “red” America into a united “purple” nation.

No sooner had Trump been declared the 45th president of the United States, George Soros-funded political operations launched America’s “Purple Revolution” to protest the incoming Trump administration. The swiftness of the Purple Revolution was reminiscent of the speed at which protesters hit the streets of Kiev, the Ukrainian capital, in two Orange Revolutions sponsored by Soros, one in 2004 and the other, ten years later, in 2014. 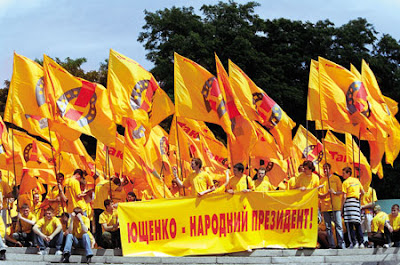 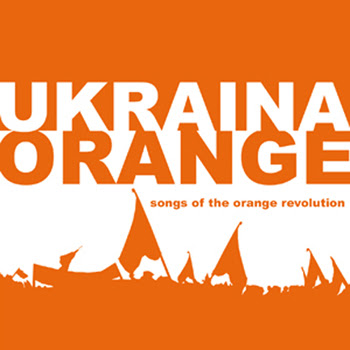 Purple was one of the three colors of the women’s suffrage movement but it has also been embraced by the modern gay rights movement. Purple continues to be the color of the women’s movement and it had also been adopted by Planned Parenthood. However, purple is also best known as the color of royalty, something that is not lost on those who feared a Hillary Clinton presidency would continue to advance hereditary politics in the United States.

Purple was also the color used by the globalists in Iraq in 2005 to champion the Western-imposed occupation government of that nation. It was also used by the political campaign of Calgary’s first Muslim mayor, Naheed Nenshi. Purple Revolutions, therefore, are deeply rooted in Soros policies and operational tactics.

As the Clintons were embracing the color purple, street demonstrations coordinated by the Soros-funded Moveon.org and following the script for themed revolutions developed by the grandmaster of street coups, Gene Sharp, broke out in New York, Los Angeles, Chicago, Oakland, Nashville, Cleveland, Washington, Austin, Seattle, Philadelphia, Richmond, St. Paul, Kansas City, Omaha, San Francisco, and some 200 other cities across the United States.

A signature themed-revolution puppet made from paper-maché — a Soros specialty — and depicting Trump’s head was burned in Los Angeles. Protesters impeded traffic on the 101 freeway in Los Angeles, while other protesters blocked Chicago’s Lake Shore Drive, Philly’s Broad Street, and Oakland’s state highway 24. Protests turned violent in Oakland when protesters vandalized a number of downtown businesses. Five people were shot, with one critically-wounded, near a protest in downtown Seattle. Police said the shooting “did not appear” to be connected to the protests.

The Sharp script calls for celebrities to lead the way for themed revolutions. America’s Purple Revolution saw its share of anti-Trump celebrities taking action. Hillary Clinton supporter Lady Gaga protested in front of the Trump Tower in Manhattan with other demonstrators while Katy Perry took to Twitter to tweet out,

“THE REVOLUTION IS COMING.”

The anti-Vladimir Putin and Soros-financed Russian singing group “Pussy Riot” has  released on YouTube an anti-Trump music video titled “Make America Great Again.” The video portrays a Trump presidency. Caution, the video is gratuitously violent and vulgar. Following the Gene Sharp script to a tee, Pussy Riot member Nadya Tolokonnikova called for anti-Trump Americans to turn their anger into art, particularly music and visual art. The use of political graffiti is a popular Sharp tactic.

The populist movement has also used the color purple as a political device. The UK Independence Party (UKIP), which supported Trump’s candidacy, called the Brexit referendum the “purple revolution.” However, when it comes to themed revolutions, the Sorosites have refined the art to a science.

While Mrs. Clinton called for uniting the nation in her concession speech, Soros’s minions took the streets in protests, some turning violent, across the United States. Clinton, who received millions of dollars in campaign contributions from Soros, showed her real intentions by signaling the start of Soros’s Purple Revolution in the United States.

(Wayne Madsen is investigative journalist, author and syndicated columnist. A member of the Society of Professional Journalists (SPJ) and the National Press Club.)
Posted by Hla Oo at 9:42 PM