(Rob Garver’s article direct from The FISCAL TIMEs on 12 November 2016.) 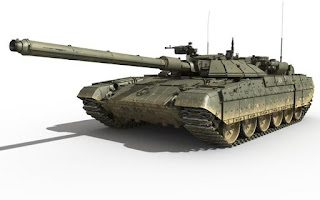 Russia’s New Main Battle Tank Is Raising Alarms in Europe: In further proof that the American election season has caused people far outside the borders of the U.S. to stress out, a British newspaper has uncovered a government document detailing a major concern about the ability of NATO forces to contend with Russia’s newest tank on the battlefield, particularly if those forces are suddenly short of American assistance.

The concerns spiked earlier this year, when Republican presidential nominee Donald Trump floated the idea of extracting the U.S. from its commitments to the transatlantic alliance which has helped keep the peace in Europe for the past seven decades.

The Telegraph newspaper reports that British military analysts are particularly concerned about the ability of British and European forces to contend with the new Armata T-14 tank that Russia rolled out last year under President Vladimir Putin’s sharp increase in spending on military hardware.


A classified briefing paper obtained by the newspaper warns that the new weapon is currently peerless on the battlefield. “Without hyperbole, Armata represents the most revolutionary step change in tank design in the last half century.”

Among the things that make the Armata so remarkable is a completely automated turret system. The top element of the vehicle, where the main gun and some smaller weapons are located, is operated by crew members who are in an armored pod underneath and in front of it. This differs from traditional tanks, where some crew members are inside the turret operating the weapons and are therefore more exposed to harm.

In addition, the tank is believed to boast a new and more powerful main gun than anything Russia’s potential rivals can put in the field. New armor design also makes it lighter and faster, and it has an active defense system meant to protect it from most guided anti-tank weaponry.

The Kremlin-backed news and propaganda website RT gloated over the story after it appeared in British papers, taunting the UK as “threatened and amazed” by the Armata. However, some experts say it’s a little too soon to get worked up about the T-14. First of all, it’s not really in active service yet. The Kremlin only just ordered the first 100 from the manufacturer, and it will take time, possibly years, to bring mass production online.

But given the country’s dire financial situation, it’s a very real question whether the Kremlin will be able to afford T-14s in numbers that would really affect the balance of power in Eastern Europe.

“There is an irony to the British report, and similar such publications by military establishments bemoaning their land forces, in that the Russian Ministry of Defense can no more afford to replace its armor fleet with Armatas than anyone else,” defense analyst Mike Kofman told The National Interest. 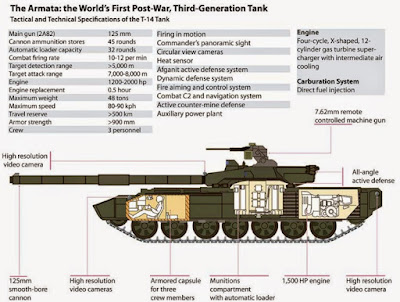 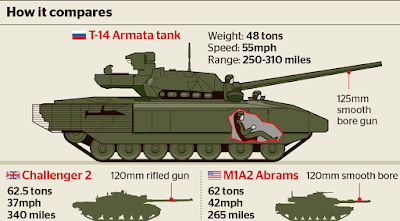 Putin’s Got a Cool New Tank: How Many Can He Afford?

As Russian President Vladimir Putin prepares to host foreign leaders at Saturday’s Victory Day parade in Moscow – that is, the foreign leaders who aren’t either boycotting the event over Russia’s invasion of Ukraine or staying away for other unspecified reasons – state-controlled media is seriously hyping the Kremlin’s unveiling of its newest main battle tank.

The new tank, the T-14, or Armata Main Battle Tank, is indeed an impressive piece of weaponry. Described by Russian officials as the most powerful tank in the world, it is the first overhaul of Russian tank design since the 1960s, and integrates multiple new technologies that arguably make it a match for any other tank currently in service.

The turret of the weapon, where a gunner historically sat somewhat exposed to direct fire, is controlled remotely by a crewmember inside a protected pod in the front of the vehicle. The 32 rounds it carries for the smoothbore main gun are loaded automatically by a robotic system, while advanced armor technologies protect the crew.

Some defense experts have suggested that the T-14 represents one of last manned tank designs, with the future belonging to remote-controlled or robotic weapons systems. Its Armata platform will also be the basis for a number of other new Russian combat vehicles expected to be officially unveiled on Saturday.

The word “officially” is used here advisedly. The T-14 has not been developed in absolute secrecy, and people who pay attention to things like this, such as Jane’s Defense Weekly, have a pretty good sense of what the T-14 will be able to do. That hasn’t stopped Russia’s state-friendly media from treating the unveiling of the T-14 as something akin to the birth of a new British royal.

Without any obvious sense of irony, the Kremlin-run Sputnik News has been breathlessly reporting “sightings” of the new tank in Moscow. On Wednesday, it posted a link to a YouTube video showing the tank moving through the streets as rehearsals for the Victory Day parade were conducted.

The Russian government has set a target of 2,300 T-14s in service by 2020, but given the state of the Russian economy, which is likely in recession, it’s not clear how possible that is -- recently as last year, the Kremlin was publicly complaining about the cost of the new system. More telling, the likelihood of waves of T-14 being deployed on Russia’s borders appears low.

According to news reports, including the Associated Press, the pride of the Russian military – Vladimir Putin’s T-14 Armata tank – broke down in the middle of Red Square on Thursday during a practice run of the Victory Day parade scheduled for Saturday. The state-of-the-art tank was one of eight rolling through Moscow Thursday morning when it unexpectedly came to a halt while the others rolled on.

According to the AP, the soldiers on hand first tried to tow the tank away, but were unsuccessful. After about 15 minutes, the problem was apparently solved, and the tank rolled off under its own power. An executive of the company that produced the tank told the AP that, despite the apparent attempts to tow it away, the tank had not broken down and was functioning properly.

The T-14 is meant to be the main battle tank that will carry the Russian Army into the rest of the 21st century. Its unmanned turret is controlled remotely by crew members safely inside an armored compartment in the body of the tank. It has advanced weapons system and armor, and is believed to be a match for any tank currently in service with North Atlantic Treaty Organization forces.


The T-14 has been written about extensively in the government-controlled Russian press, and its public unveiling is being treated as a major event. In addition, the parade Saturday will be watched not only by millions of Russians, but also by dozens of foreign dignitaries on hand to hel celebrate the 70th anniversary of the end of World War II. That means any malfunction of the tank during the actual parade on Saturday would be terribly embarrassing to the Kremlin. 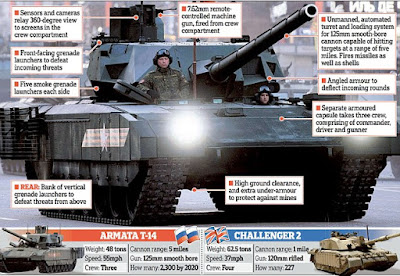