(Allum Bokharis’s article direct from The BRIETBART on 18 March 2016.) 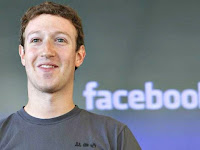 Silicon Valley inspires utopian thinking. After revolutionising everything from the media to communications to taxi services, progressive elites in the Bay Area are now eyeing up government and politics, wondering how they can “disrupt” both. Will American politics survive their delusions of grandeur?

The latest billionaire buffoon is Mark Zuckerberg, CEO of Facebook. Having noticed that Jack Dorsey is out-doing him in the realm of leftist political whackery, the social media kingpin has begun to wear his progressivism on his sleeves. Facebook’s users — far more numerous than Twitter’s — are sure to suffer.

Recently, we reported that Zuckerberg reprimanded a number of Facebook employees who crossed out “Black Lives Matter” slogans and replaced them with “All Lives Matter” on the company walls. You’d think that a liberal like Zuckerberg would appreciate a message of discrimination being replaced with a message of inclusiveness, but I suppose that sort of thinking went out of fashion with Martin Luther King, Jr.


Given that Zuckerberg had to send out the reprimand to the entire company, this suggests that the slogan-writers have yet to be identified. Naturally, I hope they continue their efforts, but I can’t help being a little curious about who they are. Given the number of black Americans quietly fuming about the radical Black Lives Matter activists who try and speak on their behalf, I wouldn’t be surprised if they themselves were black.

You know, now that I think about it, wasn’t that Martin Luther King, Jr. fellow with all his inclusive rhetoric also black? Then again, as the University of California recently reminded us, he really is out of fashion in progressive circles.

Zuckerberg’s out-of-touch attempt to stamp his own, elitist politics on his employees is typical of Silicon Valley elites, whose hyper-progressive values are even more distant to those of ordinary Americans than the Washington, D.C. set.

But tyrannizing his employees isn’t the worst thing Zuckerberg’s done.

That would be his Orwellian pandering to the German government, whose disastrous immigration policies he recently praised as “inspiring.” Under Zuckerberg’s leadership, Facebook has become Germany’s lapdog, acting as the terrifying new Stasi of Angela Merkel, who is desperate to contain her citizens’ anger at her failed immigration policies. 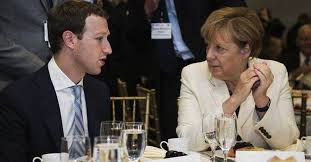 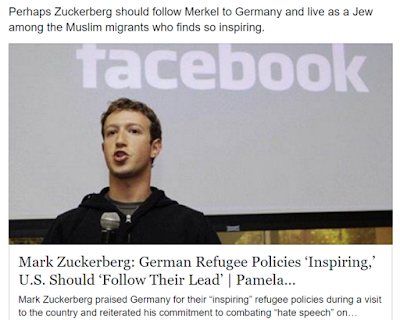 Facebook has promised to work with her government to monitor “anti-migrant hate speech” on the platform, which is another way of telling ordinary Germans that, once again, someone will be looking over your shoulder if your conversation gets too politically inconvenient.

Here’s what’s more troubling: Zuckerberg isn’t just doing this to appease an overbearing government: he wants to do it. He’s a true believer in Merkel’s death-by-migration strategy. Indeed, he likes it so much that he wants to try it here in the U.S too. During a recent visit to Germany (ominously, Facebook executives are becoming an increasingly familiar sight in the country), the 31-year old CEO said that the U.S should “follow Germany’s lead” on immigration.

After the mass-rapes, the flyers helpfully advising immigrants not to be alarmed by gay people, and the migrant centre murders, Zuckerberg thinks we should “follow Germany’s lead.” Genius in business clearly doesn’t equate to genius in politics.

Should Americans be worried? Of course. Zuckerberg is a billionaire, and he’s only 31. He presides over the largest social network in the world, responsible for feeding information to over a billion people. He is — and will continue to be — one of the most influential men in the country.

And he’s not alone. His wealth, his influence, and his barmy progressive politics are shared by much of Silicon Valley, which despite its recent stock troubles, represents the future of the US economy. The academic Joel Kotin compares the leaders of big tech to the industrial magnates of the late-19th century, whose financial and political power dominated American government for decades. Zuckerberg is more than just a successful geek: he represents a new class of near-omnipotent plutocrat elites.

The days when Facebook was confined to college campuses are long gone. But it seems that Mark Zuckerberg’s politics, and much of Silicon Valley’s, remain there. With an increasing amount of the world’s wealth and communications under their control, America — and the world — should be worried. 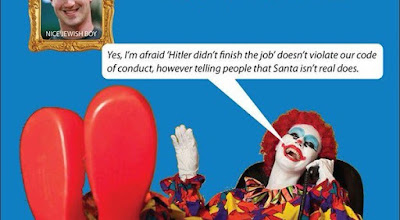 Well, I did warn you not to trust them. A string of exposes in Gizmodo have exposed Facebook’s repeated assurances of political neutrality to be just that — empty assurances. In reality, the company regularly interferes in its own algorithms to suppress conservative news, while amplifying progressive causes like Black Lives Matter.

We’ve come a long way from the misty-eyed ideals that circulated in the tech world during the early days of social media, in the late noughts and early 2010s. That was the golden age of Silicon Valley utopianism, when tech promised to topple governments, revolutionize industries, and put old media elites out of jobs.

The age of the great gatekeepers of information — Fox News, MSNBC, CNN — was over. You could start a revolution from your blog, your Facebook page, your Twitter account. As Reddit co-founder Alexis Ohanian smugly announced to a TED talk in 2010, “You’ve Lost Control, and That’s OK!”

The old media elites certainly did lose control. The web is unquestionably the communication platform of the future. But who did the old media elites lose their control to? The people, riding the democratizing wave of the internet?

That might have initially been the case, in the days of Occupy Wall Street, Wikileaks, and the Arab Spring. But today, it’s pretty clear that the internet is a baron’s revolution, not a peasant’s revolution. Old media kingpins like Murdoch are simply being replaced by new media elites like Zuckerberg and Dorsey. And the new boss is very much the same as the old boss.

The change from social media as a democratic, people-powered tool of free-flowing information to another top-down system in which elites feed pre-approved information to the masses happened gradually. Destroying the dream of liberated information in one fell swoop would have created too much uproar. Instead, Facebook decided to poison it slowly. 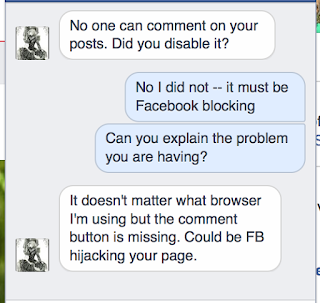 First, users’ control over what they saw on the platform was quietly taken away. In the old, democratic Facebook, users saw posts from their friends chronologically and could sort their friends into different categories to provide different flows of information: friends, family, co-workers, and so forth.

In other words, users were originally able to control what they saw on Facebook. Today, the picture has changed considerably. Facebook largely controls what its users see. Instead of seeing posts from their friends in chronological order, its now placed in front of users according to opaque algorithms.

Sure, users still have to add friends and follow accounts before they see anything on their feeds. And, of course, they can block out information sources they don’t like. They still have some control. But there’s no telling what criteria Facebook uses to determine what’s relevant to their users.

Then there’s Facebook’s “trending news” feature, which we’ve heard all about this week. Modelled on Twitter’s trending hashtags, the feature is ostensibly designed to pull together the most popular news stories on Facebook, presenting them in a list to its users.

In practice, as we saw this week, Facebook’s list of trending topics is curated by a news team that is every bit as biased as MSNBC or CNN. Sources inside the curation team say that links to conservative sites like Breitbart, The Blaze, and The Washington Examiner are “regularly suppressed,” while stories about pet progressive causes like Black Lives Matter are artificially inserted into the rankings despite lacking the required popularity to make the cut.

Gizmodo, the outlet that broke the story, was blunt in its assessment. The once-revolutionary CEOs of social media have morphed into carbon-copies of the very old media barons they were supposed to “disrupt.” In other words, Facebook’s news section operates like a traditional newsroom, reflecting the biases of its workers and the institutional imperatives of the corporation.

Of course, it’s the little differences that count. The CEOs who preside over Facebook and Twitter aren’t quite like Rupert Murdoch, after all. They’re the product of zealous millennial progressivism, coupled with a strong dose of San Francisco identity politics and wrapped in the kind of insulation from the affairs of ordinary citizens that only vast wealth can provide. They’re plutocrats — hyper-progressive ones.

And they control what more a billion of of us are going to read on the internet. 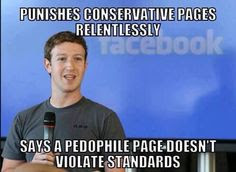 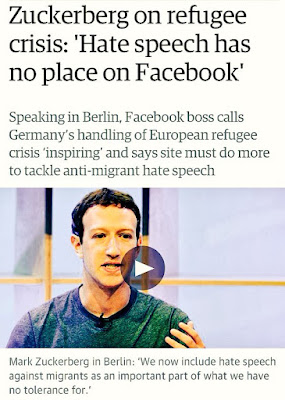