“Good Muslims” Are Quietly Looking Out For Us 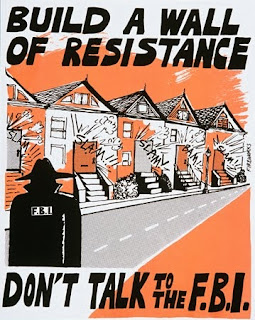 Two Pakistanis now working as cabbies. A Sudanese guy who fixes flat tires for a living. A Palestinian woman, formerly married to a guy involved in credit card fraud. A Lebanese woman who works in a hotel but once made excellent money catering to all the needs of Middle Eastern royalty when they visited New York. And a Somali guy — perhaps the most daring person I know — who scrounges out a good living doing this and that.

What do these six people have in common? They are, you might say, “good Muslims” who spy on bad Muslims and any other troublemakers who might cross their paths. They live and work in the New York area and regularly tip off law enforcement to wrongdoing. And they aren’t the only ones.

One of the cabbies — who is a Hindu posing as a Muslim — says he personally knows of at least 10 Muslims who have been keeping their ears and eyes open for potential problems and reporting them to various US government agencies.


The cabby even took a trip to Afghanistan not too long ago to scope things out. He also famously infiltrated a bar in Queens a few years back that is thought to be a notorious hangout for wannabe terrorists. “They hardly get paid,” the cabbie said of the informants over lunch the other day. (I had asked him about compensation.) He wasn’t complaining.

Some of the informants are in this country illegally or semi-legally and hope their cooperation will get their immigration status upgraded. Others have gotten into minor legal scrapes and only then decided to work with US officials. I’ve known this cabbie and the other one for a few years now. I spent a lot of time with the Somali guy a few years back but haven’t seen him recently.

And the other day, for the first time, I spoke on the phone with the guy who fixes tires. As for the two women, I’ve only been told about them by their “handlers,” the people at various levels of US law enforcement to whom they unofficially report.

Most the informers started by unearthing financial crimes. But after 9/11, they began including possible terrorist threats as well. ‘I don’t really care — Muslim, no Muslim. Christian, no Christian. You do something wrong, I come after you.

What they are doing is courageous as well as dangerous. They need to remain undercover. For that reason, I’m not using the names of any of the informers — ditto for their handlers. I’ve also had to alter their occupations and their nationalities for the sake of their safety.

Muslim immigration, as you know, is a big topic in this presidential election. Temporary or outright bans have been proposed by at least one candidate, and everyone in the country is on edge about this issue. 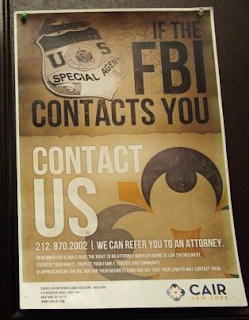 Even the “good Muslims” who I’ve mentioned will tell you that there are bad people from their countries who live in the US. And I think they’d agree that some people simply shouldn’t be allowed to enter. But distinguishing good people from bad people — no matter where they come from — is impossible.

So the debate about Muslims coming to the US is likely to continue. Take this column for what it is: the stories of some Muslims who are on our side. And you can also assume that there are many others I don’t know about.

One of the handlers, now retired from law enforcement, remembers an informant who went to his Brooklyn imam after the 9/11 terrorist attacks to ask if he should cooperate with US authorities. “The imam said, ‘This is your country now,’ ” says the handler. That man became a very worthwhile source of information on current and potential crimes.

“I like this country,” says the flat-fixer when asked about his motive for being an informant. During the 9/11 attacks, he was in New York City. “I was asleep. I thought it was a movie,” he said. “That’s when I said, holy [crap], this is crazy.” His philosophy for turning in bad guys: “I don’t really care — Muslim, no Muslim. Christian, no Christian. You do something wrong, I come after you.”

He’s in this country illegally. Staying put hasn’t been a big problem for him, but he would like to go back to the Middle East to visit his family. Without a visa, he can’t. And that’s why he’s hoping to get a legal immigration status, although that hasn’t been going so well.

“I help out a lot of agencies — the FBI, Homeland [Security] and the police. I don’t get paid for this. I do it for fun,” he told me in a phone interview the other day. His handler, who works for a federal agency, tells me that the flat-fixer mostly reports financial crimes. Terrorist plots are harder to hear about, although you never know what comes up during conversations.

“Muslims trust their own kind,” says the handler. “Without these people on the street, we don’t have the heads-up. He’s valuable.” The other handler, who is retired, has his own take: “Nobody with freckles ever infiltrated the Muslim community.”

I hope this column made you feel a little better. Maybe you’ll sleep more soundly tonight.


Now for the bad news. The six informants I mentioned are all in their 40s and 50s. Middle-aged people have a harder time snooping on today’s terrorists, who tend to be younger. We’d better hope younger Muslims suddenly start taking their place. 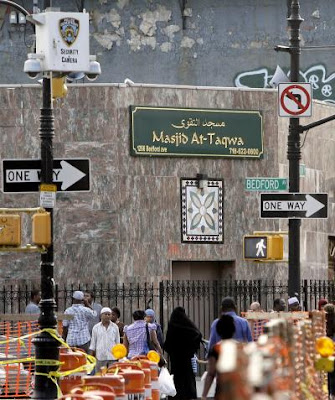 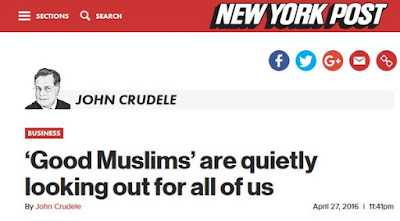