(Tadia Toussaint’s Article direct from The GOTHAMIST on 25 March 2016.) 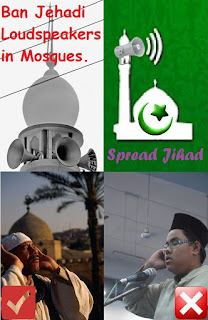 Neighbors Say the East New York Mosque Masjid-Al-Aman Is "Too, Too Noisy".

Masjid-Al-Aman is a mosque that sits near the border of Queens and Brooklyn in East New York, and offers prayers five times a day. But some residents say the mosque's azan, or call to prayer, is a nuisance—neighbors have filed 156 noise complaints against Masjid-Al-Aman.

"They have to have some consideration for us—it's noisy. Too, too noisy," one neighbor gripes, adding that she can't get used to the azan "because you have no idea when it's going to happen."

Not true, says one of the mosque's congregants: “Calling to prayer for a Muslim, five times a day, is a no-brainer. It’s an absolute necessity.”

"It is our religious and human right," one Muslim man aggressively added as if bothering others with loud harsh noises does not violate others' human right at all.


Holbrook Residents complain that ‘call to prayer’ is too loud

Tenants at the Holbrook Senior Plaza apartments say the Ideal Islamic Center across on the street from the apartment complex broadcasts its call to prayer too loud and too early in the morning.

The debate over the Muslim call to prayer is reverberating once again. At last week’s city council meeting, several residents of the Hamtramck Senior Plaza apartments on Holbrook complained about the volume level of the call to prayer coming from the Ideal Islamic Center, located across from the apartment complex.

Jeanette Powell said she’s not complaining as a way to “bash anyone’s religion.” She said the call or prayer was broadcast at 6 a.m. and found the volume “overbearing.” “Just turn it down a little bit.”

Carol Marsh said not only was the call to prayer too loud, she insisted that the organizers of the center never said it would serve as a mosque. “We were lied to,” she said. “We were told it would never be turned into a mosque.”

But Sakrul Islam of the center said no one ever said it would not be a mosque, saying an Islamic center “covers everything.” He warned Marsh that if she continued claiming she was lied to he would file a defamation lawsuit (threat of Islamic Lawfare commonly used by the Muslims to silence law-abiding Americans).

He also denied accusations that the call to prayer was broadcast earlier than 6 a.m. Islam said he has since turned down the volume when the police department informed him of the complaints. Islam accused City Councilmember Robert Zwolak, who lives in the apartment complex, of whipping up complaints. “He’s against Muslims,” he said. 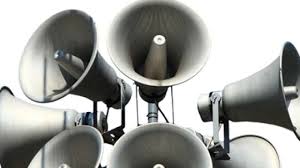 The center on Holbrook was not the only mosque accused of broadcasting the call too loudly. Susan Dunn, who is a candidate for city council, said the new mosque on St. Aubin St., the Abu-Bakr Al-Siddique Islamic Center, also broadcasts the call loudly. Dunn lives on Hewitt St., which is a block away from the center. She said she asked neighbors who attend services at the center to tell organizers there to turn down the volume. Since then, she said, it’s been “turned down some.”

The complaints launched a long discussion on the city’s noise ordinance and the ordinance regulating the call to prayer. According to Councilmember Cathie Gordon the city’s ordinance has no teeth. Police Chief Max Garbarino said the way he’s been dealing with the issue is to talk with mosque leaders and ask them to turn down the volume.

The call to prayer issue first came up in 2004 when city officials were considering an ordinance regulating it. At that time, there was a heated debate over the issue. Eventually, the city council at the time OK’d the ordinance. But that decision was challenged after Zwolak, who was not a member of council at the time, led a successful petition drive to put the matter up to a ballot vote.

Voters approved the ordinance by a 55 to 45 percent margin. The issue also attracted national and international attention. Periodically, residents complain about the volume of the call to prayer, mostly from the mosque located on Caniff near Jos. Campau.


Islamic pressures are major concerns in Michigan and Sweden

CHARLOTTE, N.C., Dec. 15, 2015 – The town of Hamtramck, Michigan, is in the news again. Hamtramck created a stir several weeks ago when it became the first American city to elect a Muslim mayor and first Muslim-majority city council. This time the controversy centers around the broadcast of the morning call to prayer which many residents say is too loud and too early.

In the large picture, this may appear to be an insignificant story, but it is symbolic of how the United States and other Western nations are gradually yielding to political correctness in order to accommodate Islam. Little by little, bit by bit, piece by piece the West is losing individual cultural identities, and nowhere is that better exemplified than in Hamtramck.

Several residents complained at last week’s city council meeting that the volume level of the call to prayer from the Ideal Islamic Center across from a senior citizens apartment complex was too loud. The response by Sakrul Islam of the Islamic Center was predictable when confronted by fellow council member Robert Zwolak. “He’s against Muslims,” said Islam.

In the 1992 comedy “My Cousin Vinny,” which earned Marisa Tomei an Oscar for Best Supporting Actress, there is an on-going gag where a New York attorney and his girl friend are constantly awakened in the middle of the night by freight trains, owls, livestock and factory whistles. While the scenes were laugh out loud funny in the movie, it is no different from the complaints of non-Muslim citizens of Hamtramck.

Are we then to assume that the writers of “My Cousin Vinny” are “middle-of-the-night noiseophobes”? How many times have you been sitting at a stop light with your windows up when a car drives up next to you with music blaring so loud that the bass from the radio rattles your windows? Does that make you anti-music?

What if your neighbors are having a party next door and the noise is so unbearable that you have to call the police. Do you now suffer from “neighbor-phobia”? If the residents of Hamtramck think it is bad now in the winter when days are short, wait until daylight saving time when the first call to prayer goes out at sunrise at 4:30 a.m. instead of 6 in the morning.

When Carol Marsh claimed, “We were lied to” because they were told the Islamic center would not be turned into a mosque, Sakrul Islam countered that the Muslim community would file a defamation lawsuit if she persisted.

Meanwhile, in Sweden, Raymond Ibrahim writes that a report published by RT Arabic on Dec. 12 says the “Swedish government is in a state of panic after dozens of citizens received threatening letters signed by ISIS and offering them three choices, either conversion to Islam, payment of jizya (tax), or decapitation.”

The translation of the letter to English from Swedish is as follows: “In the name of Allah, the merciful, full of grace. You who are not believers will be decapitated in three days in your own house; we will bomb your rotten corpses afterwards. You must choose between these three choices: 1. Convert to Islam. 2. Pay the jizya [religious tax] for protection 3. Or else, you will be decapitated. The police will not prevent or save you from you being murdered. (Death comes to all of you).”

Of course the letters could be nothing more than a grotesque prank, but in light of recent events in Paris and California, there is reason for alarm. According to the report, Swedish police are taking the threat “very seriously.” Sweden’s capital, Stockholm, is the largest city to be affected by the threat, but at least three other regions also reported receiving the letters.

In addition, some letters also claimed that recipients would experience “the bombing of their roofs above their heads.” The messages came with a warning that police would not be able to save the recipients and that “death would extend to all.”

In and of themselves, the two incidents may seem insignificant in the overall scheme of things. Certainly they do not garner the same sort of media attention as Paris and San Bernardino because no lives have been lost so far. The stories are merely regarded as annoyances rather than major concerns.


Then again, cancer starts small until it spreads and metastasizes. By then it is too late and its victims are helpless to fight back. The cancer of Islam is in the process of “metastasizing” throughout the world, and it is time to wake up. Hamtramck and Sweden are just small examples of what is in store.