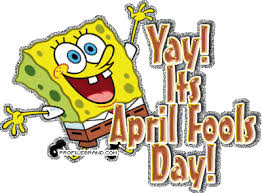 ‘Europe needs Myanmar’: New govt set to join EU. Myanmar's new National League for Democracy government is preparing an application to join the European Union, it has been revealed. Negotiations have been proceeding in secret ever since the former opposition party swept to victory in last November’s historic elections.

The complex and highly sensitive talks are being managed by a high-powered but obscure think tank called Inconceivable Outcomes, based in Sagaing Region. The agency is operating under the supervision of Aung San Suu Kyi the incoming Minister for Foreignaffairseducationelectricpowerandenergyandofficeofthepresident and otherthings as the need arises.

“The fact is, Europe needs Myanmar more than Myanmar needs Europe,” said InOut’s director, Dr Than Hlaing, in a recent interview. Speaking from an undisclosed location, Dr Than Hlaing explained the thinking behind the application. “We’re actually negotiating from a position of strength.


“The European Union may look rich and stable, but it’s actually falling apart,” he said. “Half its old members, starting with Britain, want to leave. What the EU needs is an infusion of fresh blood, a new member confident in its youth and democracy to inspire the others. I don’t mean some country from Africa or the Middle East, obviously. It’s time the EU had a Buddhist member. And how many EU members are also members of ASEAN?”

Myanmar’s membership would also give the EU a land border with both China and India, he added, suggesting that that was the real reason behind the recent decision to widen the road from Mandalay to the trading post at Muse.

Furthermore, EU membership would automatically entitle Myanmar to take part in the Eurovision Song Contest, an important policy consideration, he added. However, separate talks would have to be held on including Myanmar in the Schengen visa-free zone, and substituting the Euro for the kyat.

The main sticking point in the negotiations, reportedly, is the EU’s insistence that Myanmar’s traditional breakfast, mohinga, would have to be replaced by a German-style morning meal. “This could be a wurst-käse scenario for Myanmar,” said one concerned negotiator grimly.

Dr Than Hlaing, who says he has a PhD in social network connectivity ergonomic studies from Boxford University in the United Kingdom, said Myanmar’s negotiating position would be further strengthened if Britain voted to leave the EU at a referendum scheduled for next June.

“We could just take their slot,” he claimed. “Myanmar is an English-speaking country, sort of, pretty much the same size as Britain, but much more European-minded and less likely to break up. We wouldn’t spent all our time complaining, either. We’re as democratic as any of the current members, or more so. And they wouldn’t have to change the number of stars on their flag. A lot of people in Brussels probably wouldn’t even notice the difference.”

Asked about the significant gap in economic strength between Myanmar and European Union members, he said, “We’re also talking to Goldman Sachs about how best to present our financial statistics. They got Greece in, they can certainly get us in.”


A spokesperson for the European Union declined to comment.
Posted by Hla Oo at 8:59 PM