UK Equalities Chief Who Popularised The Term ‘Islamophobia’ Admits: ‘I Thought Muslims Would Blend into Britain… I Should Have Known Better’.

The former head of Britain’s Equalities and Human Rights Commission (EHRC), Trevor Phillips, has admitted he “got almost everything wrong” on Muslim immigration in a damning new report on integration, segregation, and how the followers of Islam are creating “nations within nations” in the West.

Phillips, a former elected member of the Labour Party who served as the Chairman of the EHRC from 2003-2012 will present “What British Muslims Really Think” on Channel 4 on Wednesday. An ICM poll released to the Times ahead of the broadcast reveals:

Writing in the Times on the issue, Phillips admits: “Liberal opinion in Britain has, for more than two decades, maintained that most Muslims are just like everyone else… Britain desperately wants to think of its Muslims as versions of the Great British Bake Off winner Nadiya Hussain, or the cheeky-chappie athlete Mo Farah. But thanks to the most detailed and comprehensive survey of British Muslim opinion yet conducted, we now know that just isn’t how it is.”

Phillips commissioned “the Runnymede report” into Britain and Islamophobia in 1997 which, according to both Phillips himself and academics across the country, popularised the phrase “ISLAMOPHOBIA” which has now become synonymous with any criticism – legitimate or not – of Islam or Muslims.

Durham University’s Anthropology Journal noted in 2007: “It has been a decade since the Commission on British Muslims and Islamophobia was established, a Commission that through its 1997 report, “Islamophobia: a challenge for us all” (“the Runnymede report”) not only raised an awareness of the growing reality of anti-Muslim and anti-Islamic hostility in Britain, but also marked the onset of what might be described as ‘the first decade of Islamophobia’. In doing so, the Runnymede report propelled the word ‘Islamophobia’ into the everyday common parlance and discourses of both the public and political spaces.”

Phillips says his new data shows “a chasm” opening between Muslims and non-Muslims on fundamental issues such as marriage, relations between men and women, schooling, freedom of expression and even the validity of violence in defence of religion. 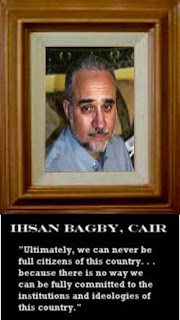 He notes – echoing an article on Breitbart London just two weeks ago which reveals a growing disparity between older and younger Muslims in Britain – that “the gaps between Muslim and non-Muslim youngsters are nearly as large as those between their elders”.

And while he is cautious to note that many Muslims in Britain are grateful to be here, and do identify with role models such as Hussain and Farah, there is a widening gap in society with many Muslims segregating themselves. “It’s not as though we couldn’t have seen this coming. But we’ve repeatedly failed to spot the warning signs,” he admits.

“Twenty years ago… I published the report titled Islamophobia: A Challenge for Us All, we thought that the real risk of the arrival of new communities was discrimination against Muslims. Our 1996 survey of recent incidents showed that there was plenty of it around. But we got almost everything else wrong.”

His comments will come as a blow to those who continue to attack elements in British society who are concerned about Muslim immigration and integration, and in fact may even go some way to shoring up comments made by U.S. Presidential candidates Donald Trump and Sen. Ted Cruz seeking to slow down or pause the rate of Muslim immigration into the West.

“We estimated that the Muslim population of the UK would be approaching 2 [million] by 2020. We underestimated by nearly a million. We predicted that the most lethal threat to Muslims would come from racial attacks and social exclusion. We completely failed to foresee the urban conflicts of 2001 that ravaged our northern cities. And of course we didn’t dream of 9/11 and the atrocities in Madrid, Paris, Istanbul, Brussels and London.”

“For a long time, I too thought that Europe’s Muslims would become like previous waves of migrants, gradually abandoning their ancestral ways, wearing their religious and cultural baggage lightly, and gradually blending into Britain’s diverse identity landscape. I should have known better.”

And Mr. Phillips even acknowledges that the mass sexual grooming and rape scandals that are plaguing heavily Muslim populated towns across Britain are because of Muslim – not ‘Asian’ – men.
He writes: “The contempt for white girls among some Muslim men has been highlighted by the recent scandals in Rotherham, Oxford, Rochdale and other towns. But this merely reflects a deeply ingrained sexism that runs through Britain’s Muslim communities” – in a nod to those who have long protested this to be the case in the face of political, media, and even police cover ups.

Even left wing columnist Yasmin Alibhai-Brown told him: “[W]e [liberal Muslims] are a dying breed — in 10 years there will be very few of us left unless something really important is done.” Phillips comments: “Some of my journalist friends imagine that, with time, the Muslims will grow out of it. They won’t.”

And indeed he lays the blame at the feet of the liberal, metropolitan elite, media classes: “Oddly, the biggest obstacles we now face in addressing the growth of this nation-within-a-nation are not created by British Muslims themselves. Many of our (distinctly un-diverse) elite political and media classes simply refuse to acknowledge the truth. Any undesirable behaviours are attributed to poverty and alienation. Backing for violent extremism must be the fault of the Americans. Oppression of women is a cultural trait that will fade with time, nothing to do with the true face of Islam.”

“Even when confronted with the growing pile of evidence to the contrary, and the angst of the liberal minority of British Muslims, clever, important people still cling to the patronising certainty that British Muslims will, over time, come to see that “our” ways are better.”

In terms of solutions, Mr. Phillips opines on “halting the growth of sharia courts and placing them under regulation” ensuring that school governance never falls into the hands of a single-minority group, “ensuring mosques that receive a steady flow of funds from foreign governments such as Saudi Arabia, however disguised, are forced to reduce their dependency on Wahhabi patronage” and an end to the “silence-for-votes understanding between local politicians and Muslim leaders — the sort of Pontius Pilate deal that had such catastrophic outcomes in Rotherham and Rochdale”.


Mr. Phillips’s comments echo those of the Czech president, and research from across Europe that revealed attitudes amongst Muslims on the continent have hardened. The younger the Muslim, the more likely they are to hold hard-line views, one recent study found. 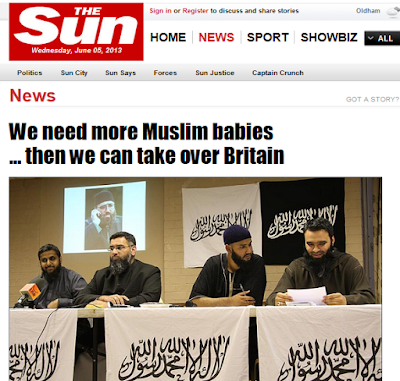