(Priscilla Clapp’s Article direct from The DAILY BEAST on 20 April 2016.)

Despite her party’s electoral triumphs in Myanmar, it looked as if the Nobel laureate’s executive powers were blocked. But no.


Through the endless years of house arrest, through the celebrity of the Nobel Peace Prize, through personal tragedy and through steady, determined confrontation with the military and quasi-military powers that be in Myanmar (formerly known as Burma), Aung San Suu Kyi mastered the subtle art of the workaround. When any one path to her goal was blocked, she found several others.

Last month, as her National League for Democracy (NLD) government was being installed in Myanmar, Aung San Suu Kyi took a number of bold steps to translate her decisive victory in the November 2015 elections into a clear message that civilians are now in charge after more than half a century of military-dictated government.


Because the 2008 constitution, designed by the military, denies her the right to be president, she named one of her closest friends to the presidency and took three key positions in the government to achieve her own de facto leadership.

First, with her inspiration, the parliament created the new position of “state counselor” to set her virtually on a level with the president and allow her to work across lines between the executive and legislative branches.

Second, she was appointed foreign minister, making her the country’s chief interlocutor with foreign governments and institutions.

And finally, she became minister in the president’s office, giving her authority to coordinate among all the other ministries. With these moves, Aung San Suu Kyi has left no doubt about who will be in charge of the NLD government.

The other NLD appointments to parliamentary leadership and government ministries have been calculated to demonstrate political and ethnic diversity, as well as civilian predominance. Aung San Suu Kyi has set strict rules for their comportment in government, including limits on the value of gifts they may accept. While this discipline may seem extreme, it is undoubtedly meant to gain public confidence by setting the NLD government apart from its military and quasi-military predecessors, many of whom were both corrupt and profligate.

Having assumed office so forthrightly, Aung San Suu Kyi then used her new authorities to demonstrate NLD intentions to grab the reins of government firmly and present a direct challenge to military control. As State Counsellor, rather than relying on the approval of the Ministry of Home Affairs (controlled by the military), she used legal processes to release some 72 students who had been jailed in March 2015 for protesting the new education reform law. Another 200 political prisoners were released shortly after that.

As Foreign Minister she held her first meeting with Chinese Foreign Minister Wang Yi, suggesting that Beijing would have to pursue its interests in Myanmar with her rather than through the generals, as had been the case in the past.

Aung San Suu Kyi’s bold moves during the early weeks of the NLD government have doubtless caused considerable consternation within the military leadership. The appointed military members of parliament raised strong objections to the legislation establishing the position of State Counselor, but were overruled by an NLD majority vote.

Military leaders may still mount a constitutional challenge to the legislation, and it is possible that they may try to prevent release of the remaining political prisoners. In the new political environment, however, they would have to consider carefully the impact this would have on the military’s popular image, which they have been working hard to improve.

The NLD strategy to assert civilian supremacy so boldly at the outset of its term is therefore risky, because the fact is that the party must rule in partnership with the military for the next five years. The constitution guarantees the military enough political leverage to erect roadblocks to major NLD policy objectives, beginning with its priority goal of achieving a peace agreement with the country’s warring ethnic armies.

A peace agreement will be fundamental to amending the undemocratic provisions of the constitution, to assuring the country’s stability, to developing its economy, and to building the foundations of sustainable democracy, which still lies far in the future. Peace cannot be achieved without close military cooperation.

At the same time, as much as the NLD’s bold moves may have dismayed military leaders, they probably delighted the voters, who gave Aung San Suu Kyi such a decisive win believing that she would indeed stand up to the military. This, in turn, could fortify popular patience with the NLD government, allowing it more space to expand civil freedoms and deliver improvements in living conditions without undue public pressure.

The political situation in Myanmar today is unprecedented in its history and offers great hope for a democratic future, as I have explained in my recent report for the Council on Foreign Relations “Securing a Democratic Future for Myanmar”. Nonetheless, it is clear that the country’s governance, even when elected, still relies primarily on the authority of the top leaders. 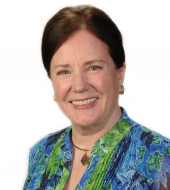 Therefore, the successful traverse of the remaining distance between dictatorship and democracy will be determined by the ability of State Counselor Aung San Suu Kyi and her military counterpart Commander in Chief Min Aung Hlaing to develop an effective working relationship. This will be the critical ingredient for the success of the NLD government.


(Priscilla Clapp, the U.S. chief of mission in Myanmar from 1999 to 2002, is a senior advisor to the U.S. Institute of Peace. She is the author, most recently, of a Council on Foreign Relations special report: “Securing a Democratic Future for Myanmar.”)

Related posts at following links:
ASSK Anointed Her Former Driver As Her Proxy President
Posted by Hla Oo at 9:47 PM