Shaikh Tawhidi: “Not A Sin For Muslims To Kill Infidels”

(Trey Sanchesz’s article direct from The TRUTH REVOLT on 09 June 2017.) 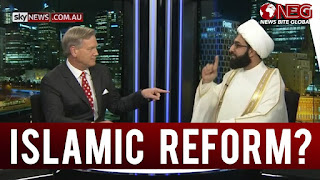 Australian Imam: ‘Not a Sin for Muslim to Kill Non-Believer’. Straight from the horse’s mouth. Shaikh Mohammad Tawhidi, an Australian imam, declared that under sharia law, it is “not a sin for a Muslim to kill a non-believer.”

Tawhidi spoke to Daily Mail Australia and gave his take on the Saudi Arabia soccer team ignoring the moment of silence for the victims of the London Bridge terror attack before a recent World Cup game. “They did not stop for a moment of silence because according to Wahhabi Islam - which governs Saudi Arabia - it is not wrong or a sin for a Muslim to kill a non-Muslim,” the imam said.

He added that it is a “lie” to suggest, like the team did, that it was simply a cultural difference. “Their response suggests that within Muslim culture they don't remember the dead with a moment of silence. This is a lie,” he said. “In their eyes the attackers are martyrs who are going to paradise. And if they stand for a minute of silence they are against their Muslim brothers who fought for jihad and fought the ‘infidels.’”


Tawhidi said had they recognized the moment of silence, the team would have been “ridiculed” in their home country. Last month, Tawhidi condemned the suicide bombing at the Ariana Grande concert in Manchester, England, and blamed Islamic scriptures for encouraging such action, as seen in the footage above.

“We have a large number of youth that are being radicalized. This happens because of the books that we have, the Islamic scriptures that we have,” the imam said. “They push the Muslim youth to believe that if you go out there and kill the infidel, that’s how you will gain paradise.”

When another Muslim leader in Australia pushed back stating nothing in Islam justifies such action, Tawhidi snapped, “Do not lie! Do not lie to the Australian nation. We have in our books the teachings… to behead people and to kill and massacre people.”

But the question remains: If this is what Islam teaches, and it does, why does Tawhidi continue in its steps? 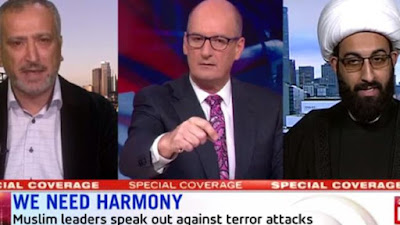 A fiery debate between two Muslims took place on an Australian news program called Sunrise in the days after the suicide blast in Manchester, England. The guests were two prominent Islamic leaders who sharply disagreed with each other on what their religion teaches.

Imam Shaikh Mohammad Tawhidi was live from Melbourne and said the terrorist violence we see around the world is taken directly from the mandates in Islamic scriptures.

“We have a large number of youth that are being radicalized. This happens because of the books that we have, the Islamic scriptures that we have,” Tawhidi said. “They push the Muslim youth to believe that if you go out there and kill the infidel, that’s how you will gain paradise.”

“It is very hard being a peaceful, moderate person within a society that is infested by extremist Muslims,” he added. “I will not deny this fact. We have a large number of Muslims that are extremists, even in Australia and we see them when they come out in the Sydney riots and we see them attacking the police.”

“So, we’re being infested by radical clerics here in Australia?” the Sunrise host asked. “Yes! Clerics and followers, as well, and I’ve said this to many government authorities,” Tawhidi responded.

To show exactly what he means, Tawhidi holds up a large sticker of the al-Qaeda flag being sold in street corner shops around Australia for just a few dollars. It’s one thing to be able to buy something like this online, Tawhidi said, but when it’s available at a local shop, it’s “creating a jihadi atmosphere for the youth.”

Tawhidi said Australian authorities have “misunderstood the situation” and wrongly believe that having good relations with the local Muslim communities means they can maintain control over their actions. He’s sure there are members of those communities ready to carry out attacks. 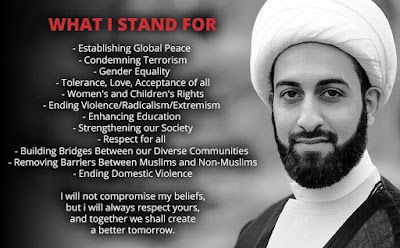 Speaking against Tawhidi was Sydney's Lebanese community leader Dr. Jamal Rifi. He took issue with Tawhidi’s statement and simply declared, “We live in a very peaceful country. I don’t know where the imam got his informations from.”

“These scriptures existed for hundreds of years. They didn’t incite for violence of terror act,” Rifi added. “It is an ideology of the so-called Islamic State and Daesh and they are actually targeting the vulnerable young people.”

Tawhidi shook his head in disgust at the wool over Rifi’s eyes, then stated: “I’m not happy at all. I disagree. We have a situation where a month doesn’t go by without a terrorist attack happening somewhere in the world. And for the past 1,400 years, we have had a religion of war.

“That’s exactly what we have had. This is not something I’m imagining. These are facts. We’ve had many wars. How did Islam spread from Saudi Arabia down to Indonesia and Bosnia? All spread by the sword. We had many wars.

“Let me tell you something, the people that are beheading — the person that killed the young girls in Manchester did so believing he was going to dine with the prophet Muhammad that very night. And that is because the Islamic scriptures told them.”

Rifi recoiled, saying, “That’s not true! There is nothing in Islam that would justify…”

“Do not lie!” Tawhidi shouted back. “Do not lie to the Australian nation. We have in our books the teachings… to behead people and to kill and massacre people.”

Rifi said everyone in the Muslim community knows that the Manchester bomber is not in paradise but in hell for killing children. “We are against it,” Rifi added. “And there is nothing in our religion will support killing of innocent people. Full stop.”

“I am considered a fake because I reject sharia law and live by the Australian law. They have called me a fake Muslim Imam or a Shaikh only because I expose their intentions to create a caliphate within Australia. I am an Australian Muslim and not a Muslim Australian. I want an Islam that is compatible with the west.


“The bottom line is, I want Australia to stay Australian.” 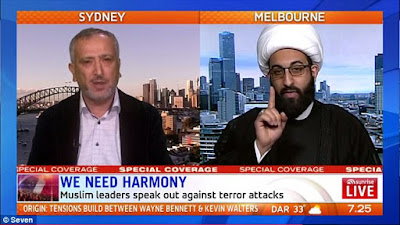