(Staff articles from The GLOBAL TIMES and BREITBART NEWS on 26 June 2017.)

The US Supreme Court on Monday announced that it has decided to allow President Donald Trump's controversial revised travel ban to go into effect in most instances and will review it in fall.

The decision, immediately seen as Trump's partial victory, blocks the actions of lower federal courts that had put the president's executive order barring US entry from six majority-Muslim countries in the Middle East and Africa completely on hold.


Denying entry to a person that does not have a relationship to a person or entity in the United States "does not burden any American party by reason of that party's relationship with the foreign national. And the courts below did not conclude that exclusion in such circumstances would impose any legally relevant hardship for the foreign national himself," the court said.

Justices Clarence Thomas and Samuel Alito, along with the newest Justice Neil Gorsuch, Trump's nominee to the court earlier this year, wanted to lift the entire ban, according to the order.

The issue has been a big legal controversy in the first five months of Trump's presidency since his original order signed on Jan. 27 sparked widespread protests days after he was sworn in.

The case is at the Supreme Court because two federal appeal courts, the 4th and 9th Circuit courts, have ruled against the Trump travel policy, which would impose a 90-day pause in travel from citizens of Iran, Libya, Somalia, Sudan, Syria and Yemen.

The 4th Circuit based in Richmond, Virginia, said Trump's order discriminated against Muslims. The 9th Circuit in San Francisco ruled on immigration law, saying Trump's order failed to provide the required justification under the Immigration and Nationality Act for suspending the entry of more than 180 million people on the basis of nationality.

"We continue to be confident that the president's executive order to protect our country is fully lawful and ultimately will be upheld at the Supreme Court," White House Press Secretary Sean Spicer defended Trump's travel ban after the two federal appeal courts' ruling.

The Supreme Court will hear the case when it returns for the fall term, which begins the first Monday in October. Arguments have not yet been scheduled.  Monday is the final day of the Supreme Court's term.

The Court wrote that the lower court injunctions, even accepting the First Amendment arguments against the order as likely to succeed, went too far:

“The injunctions reach much further than that: They also bar enforcement of §2(c) against foreign nationals abroad who have no connection to the United States at all. The equities relied on by the lower courts do not balance the same way in that context. Denying entry to such a foreign national does not burden any American party by reason of that party’s relationship with the foreign national.”

The opinion also announced the Court will consolidate the cases from the U.S. Courts of Appeal for the Ninth and Fourth circuit, Trump v. Hawaii and Trump v. International Refugee Assistance Project, respectively. Both cases found the executive unenforceable as a likely violation of the U.S. Constitution’s First Amendment Establishment Clause because the lower courts held it was motivated by an attempt to disfavor Islam.

The Court had requested additional briefing from the parties in both cases earlier this month, signalling they would hear arguments on the case despite the Court going out of its regular term this week. Arguments are expected to be heard when the Court reconvenes in October.

Attorney from the American Civil Liberties Union and the National Immigration Law Center are expected to face off against a government team now led by acting Solicitor General Jeffery Wall.

The government had argued in the new briefing that the injunctions had delayed the start date for the 90-day order. This would allow the ban, which effects those coming from Iran, Libya, Somalia, Sudan, Syria and Yemen, to remain valid despite having been issued in March. 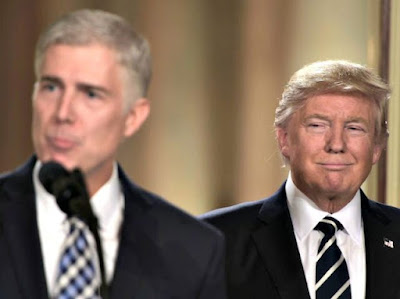 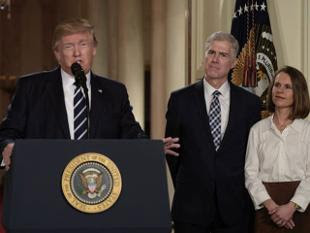 A dissent from the per curiam decision, written by Justice Clarence Thomas and joined by Justices Samuel Alito and Neil Gorsuch, would have gone further and stayed the injunctions in their entirety, allowing the travel ban to go fully into effect immediately.

The executive order was the second issued on the matter. The first, Executive Order 13,769, also included Iraq and immeditaely was the subject of challenges in the courts. The current order was tailored to address the concerns raised in these initial lawsuits but soon was itself enjoined in both the Fourth and Ninth Circuits. Finding a likelihood the plaintiffs would succeed on First Amendment grounds, these courts’ decisions to enjoin the orders have heretofore prevented enforcement of the order.

Prevailing arguments in the lower courts have controversially included those based on statements made by the president and his surrogates while on the campaign trail as to his motivation for issuing the ban.


The Trump administration has been determined to defend this version of the travel ban, setting up Monday’s opinion and the potential for a Supreme Court hearing on the merits in the fall.