(Julie Miller’s article direct from The VANITY FAIR on 18 April 2017.) 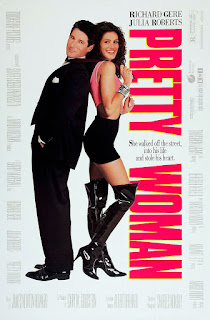 Richard Gere Has a Theory About Why Mainstream Hollywood Dumped Him: For two decades—between 1982’s An Officer and a Gentleman and 2002’s Chicago—Richard Gere was a hot box-office commodity, able to summon such crackling chemistry with Julia Roberts in Pretty Woman that Paramount re-united the duo nearly a decade later for the pseudo-sequel Runaway Bride.

But then something happened: Gere gradually stopped starring in mainstream studio movies. Although this plight is routine for actresses, Gere maintains that mainstream Hollywood’s motive to dump him had nothing to do with age—and everything to do with another factor entirely.

That factor: China, the country that finances much of Hollywood these days. Not so coincidentally, it’s also the country that Gere—a practicing Tibetan Buddhist and longtime friend of the religion’s exiled leader, the Dalai Lama—infamously disparaged during the 1993 Oscars when he went off-script while presenting the art-direction category.

“There are definitely movies that I can’t be in because the Chinese will say, ‘Not with him,’” Gere tells The Hollywood Reporter in a new interview. “I recently had an episode where someone said they could not finance a film with me because it would upset the Chinese.”


In the years since drawing Oscar audience attention to China’s “horrendous, horrendous human rights situation,” Gere has remained dogged in his cause—calling a boycott of the 2008 Olympics, pressuring China to make Tibet independent, and speaking out against the country in myriad interviews.

While the actor has managed to maintain a tidy career acting in independent films—proof arriving this April and May with Norman and The Dinner—Gere reveals that even smaller-budget productions have balked at bringing him on board.

“There was something I was going do with a Chinese director, and two weeks before we were going to shoot, he called saying, ‘Sorry, I can’t do it,’” explains Gere. “We had a secret phone call on a protected line. If I had worked with this director, he, his family would never have been allowed to leave the country ever again, and he would never work.”

But don’t get it twisted—Gere isn’t regretting the fact that he isn’t scoring parts in franchise films and blow-’em-up blockbusters. For starters: ever since the career tidal shift, Gere hasn’t had to “put on a tuxedo again” for any contractually obligated red-carpet appearance, which the actor is just “fine” with. Secondly, Gere says, in a delicious Hollywood burn: “I’m not interested in playing the wizened Jedi in your tentpole.”

Finally and most important, though, Gere has something that Hollywood doesn’t these days: money and, in conjunction, freedom. “I was successful enough in the last three decades that I can afford to do these [smaller films] now,” the Pretty Woman actor says, essentially telling China and its financed Hollywood pictures, “The feeling is mutual.” 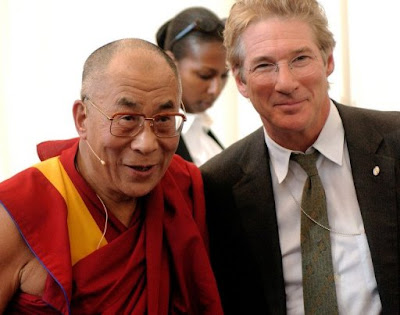 You know what it’s like when you’re waiting for that big check? Well, Paramount does. Dick Clark Productions does, too. Actually, many folks in Hollywood are looking warily at their bank accounts right now, as the Chinese investing that has been financing the town’s dreams for the last two years is hitting some major roadblocks. South China Morning Post’s Celine Ge takes a look at the two biggest causes, China’s tightening capital controls and the Trump administration’s protectionist bent.

As Ge notes, even Asia’s wealthiest man, Dalian Wanda’s Wang Jianlin, is feeling the pinch, having abandoned his $1 billion plan to take over Dick Clark Productions. “We used to have a sense that Wang could do anything he wants to—but it seems his magic is not always there,” mergers and acquisitions specialist Lub Bun-chong told Ge.


Paramount will need that money—or an infusion of cash from somewhere else—to reverse years of decline and under-investment. As one Paramount employee told the Journal’s Ben Fritz, “Cutting, cutting, cutting as a way to create the appearance of wealth was the philosophy here for a long time.” 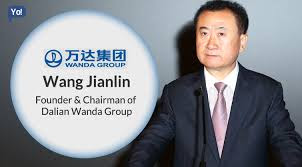 (Blogger’s Notes: According to Samuelson’s Economics China should have been a thriving industrial democracy like United States or United Kingdom for a long time now since  [Black cat or white cat doesn’t matter as long as it catches the mouse] Den Xiaoping (1904-1997) basically reformed the Soviet-style Communist Economy in early 1980s.

As far as the textbook economics theory goes the economic reforms will create the class of industrialists and entrepreneurs and that class will slowly grab the political power and eventually the democracy will arrive, as in UK and other developed countries. But that doesn’t seem to be happening in both China and Russia. China is still under tight control of good old Communist Party and Russia basically is quickly turning into a Mafiaso State under Putin. Why? 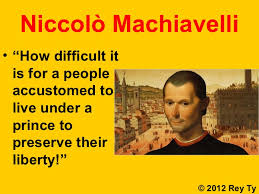 I believe the reason behind this historical anomaly is the stereotypical racial inferiority of Chinese and Slavic-Russians who prefer economic prosperity and political stability over individual freedom and democracy. Unlike English, Americans, and early (not today) Europeans both Chinese and Russians are fearfully scared of state-sponsored violence which prohibits individual freedom and thus prevents real democracy.

That inferior racial character made them the fearful slaves of brutal Communists in the first place and now as long as their bellies and pockets are full they wouldn't risk their little comfortable lives for those little abstract things call freedom and liberty.

Apparently both China and Russia will never become a full-fledged democracy like in US. Both nations are, in my opinion, the large scale examples of politically-tightly-controlled but economically-prospered Singapore with a fake democracy.)
Posted by Hla Oo at 6:41 AM