Political Islam: Incompatible With US Constitution 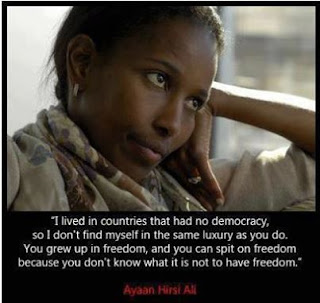 WASHINGTON, DC — Michael Leiter, the former director of the U.S. National Counterterrorism Center, argued that sharia law is compatible with the American Constitution. “Muslim’s honoring of Sharia is not inherently in tangent with living in constitutional democracies anymore than it would be for Christians or Jews who also seek to honor their religious traditions while still complying with civil authority,” testified Leiter.

Political Islam, focused on establishing an unfree society ruled by strict sharia law, is “fundamentally incompatible” with the U.S. Constitution and the overall “foundation of the American way of life,” declared Ayaan Hirsi Ali, an expert at the Hoover Institution think tank, during a Senate panel hearing.

“My central argument is that political Islam implies a constitutional order fundamentally incompatible with the US Constitution and with the ‘constitution of liberty’ that is the foundation of the American way of life,” proclaimed Ali in her written testimony.


She later stressed, “Let it be said explicitly: the Islamists’ program is fundamentally incompatible with the US Constitution, religious tolerance, the equality of men and women, the tolerance of different sexual orientations, the ban on cruel and unusual punishment and other fundamental human rights.”

Ali explained that intimidation and advancing the goal of imposing Islamic law (sharia) on society are fundamental tenets of political Islam. She noted that “Islamism” is the ideology that drives political Islam and “dawa” provides the means by which it is spread, adding:

The term “dawa” refers to activities carried out by Islamists to win adherents and enlist them in a campaign to impose sharia law on all societies. Dawa is not the Islamic equivalent of religious proselytizing, although it is often disguised as such by blending humanitarian activities with subversive political activities… The ultimate goal of dawa is to destroy the political institutions of a free society and replace them with strict sharia. Islamists rely on both violent and nonviolent means to achieve their objectives.

The strategy used by the United States to combat violent Islamic extremism has “failed” because it has solely focused on acts of violence while ignoring the ideology that drives jihadists and Islamists, argued Ali.

She told lawmakers, “The dominant strategy from 9/11 through the present, focusing only on Islamist violence, has failed. In focusing only on acts of violence, we have ignored the ideology that justifies, promotes, celebrates, and encourages violence, and the methods of dawa used to spread that ideology.”

In order to reverse its failure, the United States has to fight “a war of ideas against political Islam (or “Islamism”) as an ideology and against those who spread that ideology,” advised Ali.

President Donald Trump advocating for an ideological campaign against “radical Islam” is “refreshing and heartening,” testified Ali, adding, “This deserves to be called a paradigm shift.” She noted that Trump’s position marks a departure from his predecessors.

Ali pointed out that Islam is on the rise across the world and jihadist groups have proliferated despite the U.S. spending at least $3.6 trillion on combat and reconstruction costs in Iraq, Syria, Afghanistan, and Pakistan and sacrificing more than 5,000 American service members and the tens of thousands of wounded U.S. troops.

“According to one estimate, 10−15 percent of the world’s Muslims are Islamists. Out of well over 1.6 billion, or 23 percent of the globe’s population, that implies more than 160 million individuals,” mentioned Ali. “Based on survey data on attitudes toward sharia in Muslim countries, total support for Islamist activities in the world is likely significantly higher than that estimate.” 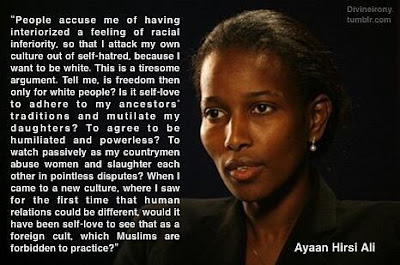 1. The administration should systematically map the infrastructure of subversive dawa activities around the world, in particular the connections of the global infrastructure to the United States: funds, individuals, institutions, nongovernmental organizations, and governmental support.

2. As a condition of US friendship, the administration should require foreign governments as well as Islamic NGOs to stop supporting and financing subversive Islamist activities in the United States. Of particular interest here are Qatari, Kuwaiti, and Saudi “philanthropic” foundations.

3. The administration should acknowledge that combating political Islam by military means alone is not working.

4. The administration should understand the significance of Islamist dawa: the subversive, indoctrinating precursor to jihad.

5. In reaching out to the Muslim American community, the administration should ally itself with genuine Muslim moderates and reformers, not with “nonviolent” Islamists.

6. Congress should carefully weigh the balance between civil liberties and that which is required to dismantle networks of dawa.

(From the testimony by Asra Q. Nomani - former Wall Street Journal reporter and cofounder of the Muslim Reform Movement - at the United States Senate Committee on Homeland Security and Governmental Affairs on June 12, 2017.) 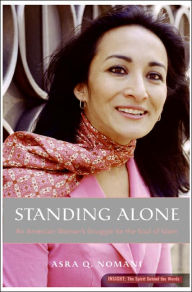 1. The United States government must be persistent and clear about the ideological threat of Islamic extremism. Call it out, challenge the propaganda of jihad in cyberspace and elsewhere, and speak from a place of courage and truth.

2. Islamists are implementing an explicit strategy to exploit western civil liberties and values to promote their agenda and objectives. We must investigate, expose and blacklist all state and non-state sponsors of this dawah, including mosques, nonprofits, schools, think tanks, academic institutions and thought leaders.

3. Internet companies and social media companies must immediately stop enabling and spreading extremist propaganda. We must challenge, ban and eliminate extremist dawah, from the world, from the online cyberspace and multimedia universe to face-to-face communications.

4. The United States government must be clear in communicating that not all Muslims are extremists, but we must not be afraid to challenge the ideology of some Muslims who are. This means calling out, challenging and rooting out their messaging and their networks.

5. We must identify and hold accountable the networks of “honor brigades” within academia, civil society, the media, online commenters and others who attack those who challenge Islamic extremism. These attackers are not lone wolves, but members of well-established conservative Muslim groups. Not only does the honor brigade attack critics of Islam, it also serves as a pipeline to soldiers of the Cyber Caliphate, an emerging term for the Islamic State’s official propaganda arm.

6. The United States must promote a public dialogue about the reforms needed in Islam that reject interpretations of Islam that call for violence, social injustice and politicized Islam. In absence of a genuine, sustained campaign against Islamic extremism, our institutions are at risk of infiltration and compromise. We need to support the Muslim Reform Movement and reformers around the world.

7. The U.S. government must engage with those Muslim states, including Saudi Arabia, Qatar, Iran, Pakistan and others, to identify and hold accountable propagandists, including those that exploit western freedoms, including the unregulated space of the internet, to radicalize Muslims and defend extremist views of Islam. Putting pressure on Iran and Qatar are positive steps. We must do the same with Saudi Arabia. Since Saudi Arabia now claims to be against extremism, it must scrub the world of the dangerous, evil, dark Islamist propaganda that it has exported to the world.


(Leiter Controversy: Michael E. Leiter was the director of the United States National Counterterrorism Center (NCTC), having served in the Bush Administration and been retained in the Obama Administration. A statement released by the White House announced his resignation, effective July 8, 2011.


Under Leiter's watch, the NCTC was publicly criticized for failing to identify the threat posed by a known extremist, Umar Farouk Abdulmutallab (the underwear bomber), who on Christmas Day 2009 succeeded in boarding a Delta airplane in Amsterdam rigged with an explosive device that failed to detonate over Detroit, Michigan. Abdulmutallab was wrestled down by a passenger amidst a smokey fire which put an end to the incident.

In an article printed by The New York Times on December 31, 2009, the agency, which was stood up specifically to coordinate counterterrorism information, was said to have failed to accomplish its mission, even where several valid leads were available and known among multiple intelligence agencies, including information directly communicated to the CIA by the Abdulmatallab's father who feared his son had been radicalized. Though Michael Leiter was not himself mentioned, the New York Times piece described the NCTC as the weak link in the series of significant intelligence operations.

On January 2, 2010, Leiter issued the following statement. "The failed attempt to destroy Northwest Flight 253 is the starkest of reminders of the insidious terrorist threats we face. While this attempt ended in failure we know with absolute certainty that Al-Qaeda and those who support its ideology continue to refine their methods to test our defenses and pursue an attack on the Homeland. Our most sacred responsibility is to be focused on our mission—detecting and preventing terrorist attacks from happening on our soil and against U.S. interests. The American people expect and deserve nothing less."

James Gordon Meek of the New York Daily News issued a story on January 7 stating that Leiter remained on a ski holiday until "several days after Christmas" quoting two U.S. Officials. The article reported that "people have been grumbling that he didn't let a little terrorism interrupt his vacation". On balance, it was stated that "Leiter has long been well-regarded" and "President Obama, himself, stayed in Hawaii [on vacation] until January 4". There was no reference to Leiter conducting investigation or evaluation from his remote, vacation site.


Following his departure from the NCTC in 2011, Leiter joined the data analysis software firm Palantir Technologies as senior counselor to CEO Alex Karp. His role was stated to be to develop and optimize market strategy, business practices and internal operations. Leiter also became a counterterrorism, cybersecurity and national security analyst for NBC News shortly thereafter. Since becoming a part of Palantir Leiter has continued to publicly speak and participate in forums for discussion of national security and counterterrorism.) 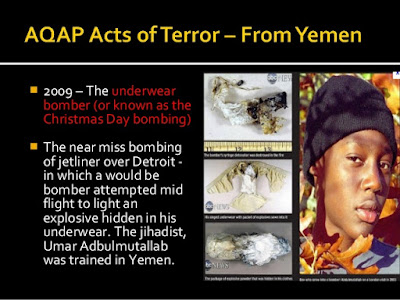