ISIS, Of Course, Has Everything To Do With Islam 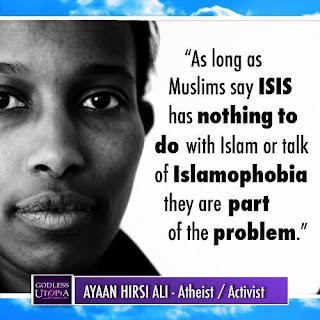 Muslim BBC Chief Says ‘Of Course’ ISIS and Islam Are Related. Responding to the theory that ISIS has nothing to do with Islam, the head of the BBC religion section told students this week that people need to come to grips with the “uncomfortable” truth that the Islamic State terror group draws its inspiration from the religion of Islam.

Professor Aaqil Ahmed, himself a Muslim scholar and chief of BBC religion, denied the politically correct opinion that ISIS “has nothing to do with Islam” during a speech at before a group of college students at Huddersfield University this past week. “I hear so many people say ISIS has nothing to do with Islam — of course it has. They are not preaching Judaism,” Ahmed noted.

As Breitbart reported earlier this year, more and more scholars and pundits are stepping forward to show that the Islamic State indeed draws its principles from the Qur’an and the writings of Mohammed. A growing consensus suggests that the perpetrators of violent jihad do not represent Muslim “extremism,” but rather reflect a straightforward application of central Islamic principles.


One such scholar, James V. Schall of Georgetown University, has stated that Muslim violence is intrinsic to the nature of Islam itself in a recent essay titled, “Realism and Islam.” Schall insists that Islam has consistently advocated violence, which it has practiced “from its seventh century beginning,” and that the purpose of jihad is, ultimately, “religious and pious.”

Far from a historical anomaly, then, the violent method of the Islamic State “is little different from what has been seen throughout the centuries wherever Islam is found,” he said. Islam “is actually and potentially violent throughout its entire history.”

“And while it may be politically incorrect to state these things, they need to be stated and are in fact the truth—things that both Muslims and non-Muslims need to hear and consider,” Schall said. Schall is far from alone is his sober assessment of historical Islam.

In March of this year, Nabeel Qureshi, a former Muslim, published a provocative article in USA Today titled “The Quran’s Deadly Role in Inspiring Belgian Slaughter,” in which he recounts his own discovery “that the pages of Islamic history are filled with violence.”

The author also noted that “ISIL’s primary recruiting technique is not social or financial but theological,” and that they continuously draw from “the highest sources of authority in Islam, the Quran and hadith” in spurring their followers to violent jihad. The fact of the matter is that violence and jihad are at “the very foundations of their faith,” he wrote.

Professor Ahmed’s recent statements regarding the relationship between ISIS and the religion of Islam are significant for two reasons.

First, as a Muslim scholar, Ahmed holds the credentials to make authoritative statements regarding the teachings of Islam. Second, as the religion director of the BBC, Ahmed represents the liberal media machine that has consistently avoided linking violent jihad to the Muslim faith. “They [Islamic State] are Muslims,” Ahmed said. “That is a fact and we have to get our head around some very uncomfortable things.”


Ahmed has been with the BBC since 2009, and commissioned the documentaries Inside The Mind Of A Suicide Bomber and The Qur’an. 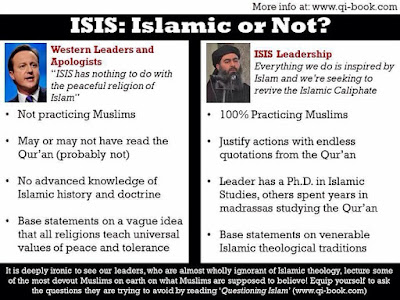 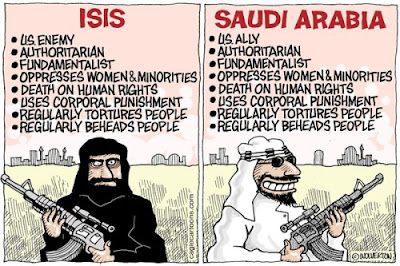 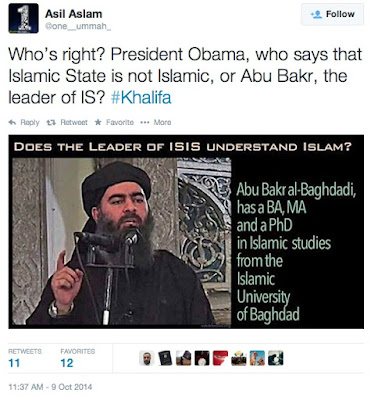