"Bonkers", "primitive" and "unscientific" are words used to describe it by one of the Human Rights Watch (HRW) researchers who interviewed women who had been subjected to the test. The World Health Organization has said: "There is no place for virginity testing; it has no scientific validity." HRW says the tests are also discriminatory and have no bearing on a woman's ability to perform her job. What's happening in Indonesia?

Virginity tests are obligatory for female military and national police recruits who are typically high school graduates aged between 18 and 20. HRW's research indicates that the air force, army and navy have for decades also used the test on the fiancees of military officers before marriage.


It also says local governments and the civil service have been known to use the test. In February, officials in Jember, East Java, scrapped a plan to make high school girls be tested before they could graduate from high school.

What happens in a test?

In the test, known as the "two-finger test", the doctor deduces the state of the hymen - a thin piece of membrane attached to the vaginal wall - and the size and so-called laxity of the vagina.

The test is supposed to assess whether a woman has had sex, but the state of the hymen offers little to answer this question, HRW says. They say a hymen may vary in size for many reasons unrelated to sex. It partly covers the vaginal opening and does not "seal it like a door".

Military men need to be able to trust their wives, said one army wife when interviewed by HRW. Andreas Harsono was one of the HRW researchers who interviewed 11 Indonesian women, who were all military wives and female officers. He said they described two fingers being used to open the vagina wide while one finger was placed in the anus (asshole).

He said that on one occasion, when a woman told others waiting outside an examination room what had been done to her, all 23 applicants left. He said that most were embarrassed by the procedure, and many were traumatised.

A female military physician told researchers that when she performed the tests in Jakarta, she found it difficult to persuade the women to take part. "It was not [just] a humiliating act... It was a torture. I decided not to do it again," she said.

How important is it that recruits are virgins?

According to armed forces information chief Major Gen Fuad Basya, it's a matter of national security. He said: "If it is not restricted this way, then someone with a bad habit will become military personnel. Soldiers are a nation's defenders. They defend a nation's sovereignty, a country's territory and security."

He told local media if a candidate had lost her virginity out of wedlock her mental state would make her unfit to become a soldier. He said "It may be because of an accident, disease or because of a habit" - meaning sexual intercourse. "If it is their habit, the Indonesian military cannot accept potential recruits like these."

An army wife interviewed by HRW said the rationale given to her was economic. "The military wants healthy couples," she said. She added: "Military men often travel away from home. They should trust their wives." 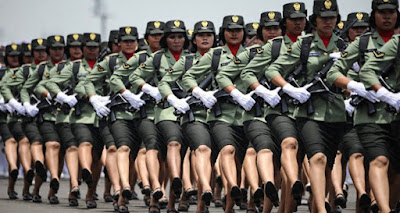 Do other countries do this?

South Africa: It's a hot topic at the moment as a political party has called for high schools to be able to test female pupils for virginity, to curb teenage pregnancy rates. Opposition to the proposal includes the promotion of abstinence instead, to avoid girls being stigmatised. It has been seen in the past as a way of stopping the spread of HIV/Aids too.

India: HRW has campaigned against Indian hospitals "routinely subjecting rape survivors" to the "two-finger test". In 2009, hundreds of women demonstrated against tests imposed on nuns in Kerala and on 151 young women taking part in a state-sponsored mass marriage ceremony.

Egypt: In 2011, an Egyptian court ordered forced tests on female detainees in military prisons to be stopped. The court made the decision after a case was brought by Samira Ibrahim, who accused the Egyptian army of forcing her to be tested after she was arrested at a protest in Tahrir Square.

But virginity testing is part of the sexual violence perpetrated by security forces which has increased since the military takeover in 2013, a report by the International Federation for Human Rights says.


UK: Tests on some female immigrants from India, Bangladesh and Pakistan were carried out until 1979. They were used to detect whether they were lying about being engaged to a man already living in the country. The claim was that those found to be virgins were more likely to be engaged. The UK Border Agency has since said the practices were "clearly wrong".

(Indonesian women soldiers are so ugly and unattractive they definitely are virgins as no men really want them. Following photos are the beautifully sexy female soldiers of China's PLA. Please enjoy.) 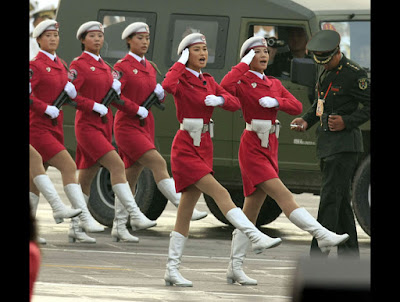 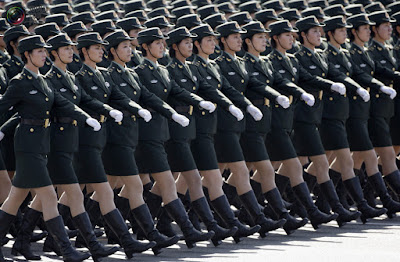 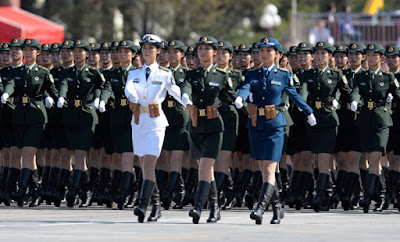 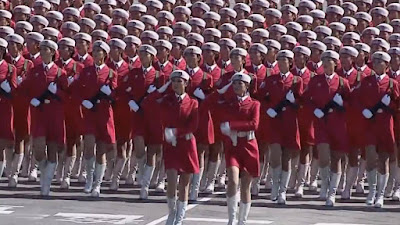 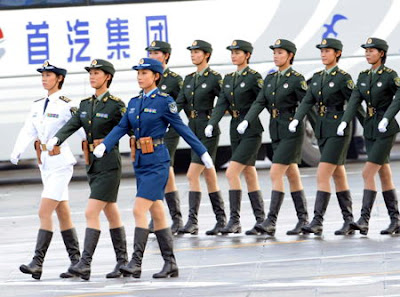 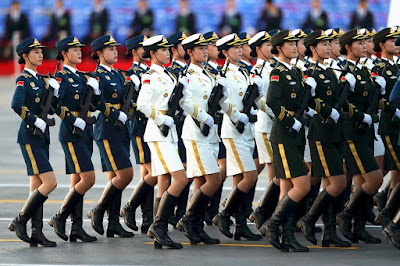