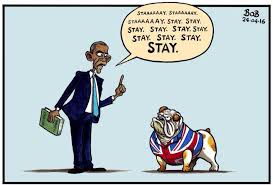 Something mysterious happened when Barack Obama entered the Oval Office in 2009. Something vanished from that room, and no one could quite explain why.

It was a bust of Winston Churchill – the great British war time leader. It was a fine goggle-eyed object, done by the brilliant sculptor Jacob Epstein, and it had sat there for almost ten years. But on day one of the Obama administration it was returned, without ceremony, to the British embassy in Washington.

Some said that perhaps Churchill was seen as less important than he once was. Perhaps his ideas were old-fashioned and out of date. Well, if that’s why Churchill was banished from the Oval Office, they could not have been more wrong.


What was he fighting for, in the Second World War? Why did he work so hard for the American entry into the war? Yes, he was fighting for British survival; but he was also fighting against the dictatorships for democracy in Europe – for the right of the people to choose who makes their laws, and to kick them out at elections.

At the very heart of Winston Churchill’s political beliefs was what he saw as the supreme right of every voter, with his or her little pencil, to decide who governs the country. And today it is a tragedy that the European Union – that body long ago established with the high and noble motive of making another war impossible – is itself beginning to stifle democracy, in this country and around Europe.

If you include both primary and secondary legislation, the EU now generates 60 per cent of all the laws that pass through Westminster. We are are giving £20bn a year, or £350m a week, to Brussels – about half of which is spent by EU bureaucrats in this country, and half we never see again. 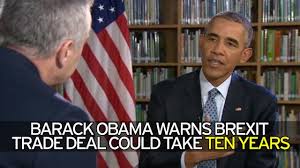 The European Court of Justice in Luxembourg is now taking decisions about human rights of all kinds. In their desperation to prop up the euro, the other EU countries are planning a further lunge towards a political and fiscal union. If we are stay in this system, we will find ourselves hauled inch by inch towards a federal superstate – with no proper accountability to the people.

Can you name your Euro-MP? Can you say what they are doing in Strasbourg? It is a measure of the fatuity of that Euro-parliament that some of the bravest Euro-MPs, such as Sayeed Kamal and Daniel Hannan, are campaigning for Britain to leave.

This project is a million miles away from the Common Market that we signed up for in 1973. It is deeply anti-democratic – and much as I admire the United States, and much as I respect the President, I believe he must admit that his country would not dream of embroiling itself in anything of the kind.

For the United States to tell us in the UK that we must surrender control of so much of our democracy – it is a breathtaking example of the principle of do-as-I-say-but-not-as-I-do. It is incoherent. It is inconsistent, and yes it is downright hypocritical. The Americans would never contemplate anything like the EU, for themselves or for their neighbours in their own hemisphere. Why should they think it right for us? 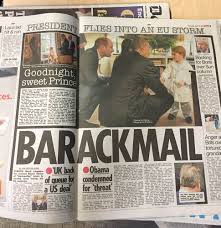 There are those who think that Britain has more “influence” within the EU than outside, and that therefore we can be of more value to Washington. That is nonsense. The UK has been outvoted 40 times in Brussels in the last 5 years, and the total bill for those defeats – in extra costs for UK government and business – is put at £2.4 bn a year.

How can we have “influence” in the Brussels commission, when only 3.6 per cent of Commission officials come from this country? Can you imagine the Americans entrusting their trade negotiations to a body that comprised only 3.6% Americans? The idea is laughable.

The truth is that the UK would GAIN influence outside. We would be able to speak up again in international bodies, rather than having our views represented – half-heartedly and imperfectly – by the EU.

Then there are those who say that we would be somehow more “influential” in Washington, because of our membership of the EU. Really? We have been in the EU for 43 years, and we haven’t even been able to do a free trade deal with the US.

And then there are the defeatists who say that yes, the EU is anti-democratic, but that we are too small and frail to survive on our own. I really don’t know what country they are talking about. The Britain I see is the fifth biggest economy on earth, a world leader in all kinds of 21 century sectors, with a capital city that is in many ways the capital of the world. I think it is time to channel the spirit of the early Obama, and believe in Britain again.

Can we take back control of our borders and our money and our system of government? Yes we can.

Can we stand on our own two feet? Yes we can.

Can we build a new and prosperous relationship with the rest of the EU, based on free trade and intergovernmental cooperation? Yes we can.

Can we speak up for the hundreds of millions around the continent who also feel estranged from the Brussels project? Can we once again be the champions of democracy? Yes we can.

And by doing all those we can thrive as never before – and therefore be even better and more valuable allies of the United States.

Obama on why he swapped out Churchill bust from Oval Office

The Russians and Chinese are flexing their military muscles and ISIS remains on the march — but the leader of the free world on Friday had to take time to explain why he moved a bust of Winston Churchill from the Oval Office seven years ago.

“I love Winston Churchill. I love the guy,” President Obama insisted at a news conference during his visit to London, saying the bust was only moved to another spot in the White House so it could be replaced by a bust of Dr. Martin Luther King Jr.

The kerfuffle broke out after London’s mayor charged that the “part-Kenyan” Obama’s “ancestral dislike of the British empire” led him to toss the bust. The president responded by reassuring the world that the bust remained safe and sound, the first time he has publicly addressed the non-issue that’s dogged him through two terms in office.

“My private office is called the Treaty Room. And right outside the door of the Treaty Room, so that I see it every day, including on weekends when I’m going into that office to watch a basketball game, I see a bust of Winston Churchill,” the president said. 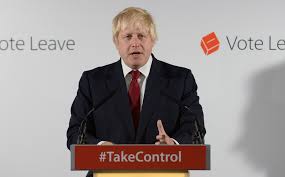 Obama acknowledged President George W. Bush kept the bust of Churchill in the Oval Office, but said he decided to redecorate. “I thought it was appropriate and I suspect most people here in the United Kingdom might agree that as the first African-American president, it might be appropriate to have a bust of Dr. Martin Luther King in my office,” Obama said.

Critics have been repeating the story for years that Obama ordered the bust removed because of animosity toward the UK. And in a column in The Sun Friday, London Mayor Boris Johnson charged that “something mysterious happened when Barack Obama entered the Oval Office in 2009. Something vanished from that room, and no one could quite explain why. It was a bust of Winston Churchill — the great British wartime leader.