(This post is direct translation of the article from Myanmar Military on 16 July 2012.)

At present the most interesting warships for people who closely follow the developments of the Burma’s Navy are the 5-series Patrol Boats classified as the 5-series Fast Attack Crafts being built in Navy’s own dockyard.

According to the people from Navy circles there are already 20 warships of that class starting from 551 to now 570 operating in the Burmese Navy. Navy is building these 5-series Fast Attack Crafts also in the civilian-controlled Sin-ma-laik Dockyard in Rangoon.

In addition to the locally-built Aung-zeya frigate (F22) our Burmese Navy has purchased and upgraded two Chinese-made F21 Mahabandoola and F23 Mahathihathura frigates. More frigates are now being built to add to the existing 3 frigates.

The current newly-built frigate has the same length of 108 m as the Aung-zeya frigate but it will have a built-in hanger for helicopters and will be equipped with modern weapon systems. It will be named F24 Kyan-sit-thar. Navy is planning to have altogether 8 large frigates. 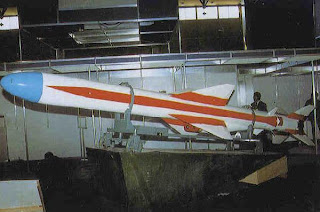 All three frigates are now armed with Ying-Ji-802 widely known in the naval circles as Chinese C-802 Ship-to-ship guided missiles.

The Ying-Ji-802 land attack and anti-ship cruise missile [Western designation SACCADE], is an improved version of the C-801 which employs a small turbojet engine in place of the original solid rocket engine. The weight of the subsonic (0.9 Mach) Yingji-802 is reduced from 815 kilograms to 715 kilograms, but its range is increased from 42 kilometers to 120 kilometers.

The 165 kg. (363 lb.) warhead is just as powerful as the earlier version. Since the missile has a small radar reflectivity and is only about five to seven meters above the sea surface when it attacks the target, and since its guidance equipment has strong anti-jamming capability, target ships have a very low success rate in intercepting the missile.

The hit probability of the Yingji-802 is estimated to be as high as 98 percent. The Yingji-802 can be launched from airplanes, ships, submarines and land-based vehicles, and is considered along with the US "Harpoon" as among the best anti-ship missiles of the present-day world.

Burmese Navy has two domestic-built 77 m long corvettes named 771 Anawrahta and 772 Bayinnaung now fully operational in the service. In addition to C-801 guided-missiles the corvettes are equipped with modern anti-aircraft missiles. The third corvette named 773 is now being built or planning to be built soon.

The 5-series FAC are now being built rapidly in both Naval Dockyard and Sin-ma-laik Dockyard. At present five more are being built and the 20 named 551-570 are already in the active service.

As these forty five meter long 5-series FAC will soon be reinforced by new stealth corvettes being built Burma is now standing out as the country with highest naval build-up among our neighbors in this S-E Asian region.