(Enhanced Translation of news articles from Narinjara News Agency WWW site.)
Forty eight Bangladeshi nationals and two human traffickers were arrested in the early morning of July 8 by the Bangladeshi Police’s Special Crime Suppression Squad in Chittagong, Bangladesh.
According to the Bangladeshi Police the arrested men were found staying at four hotels in the Chittagong’s Kadamtali Ward just before on their way to Malaysia on a motorised fishing boat arranged by a criminal human-trafficking organization.
“As per the intelligence received our No-7 Rapid Action Battalion raided the hotels on early morning Sunday and nabbed the fifty individuals,” said Major Reckkibul Armi.

The 48 arrested are poor weavers, peasants, and grocers mostly unemployed and from the Bangladeshi towns of Siragansi, Nagawwa, Pavna, Marguraj, and Jenidash. But the police believed there were more than 100 Bangladeshis preparing to take the illegal trip to Malaysia and many of them had escaped the police raid. 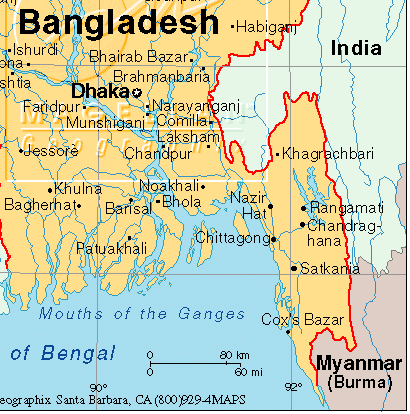 Sending Desperate Bengali-Muslims Overseas as Rohingyas
“Since 1996 we have been sending countless thousands and thousands of Bangladeshis across the Bay of Bengal to Malaysia and Thailand in rickety fishing boats illegally,” confessed the well-known human trafficker Suru Zarman who was captured during the raid.
“Once they are in either Malaysia or Thailand, preferably the Islamic Malaysia, they immediately claim themselves as the persecuted Rohingyas fleeing from the Buddhist Government’s oppression in Burma and ask for refugee status and the gullible UNHCR there laxly recognize them as legitimate Rohingya refugees and promptly issue them with refugee identity cards, and if they are lucky they could end up in such nice countries like Australia and New Zeland, or even faraway UK or USA,” added the notorious trafficker Zarman.
Most rich countries especially Australia has a strict policy of sending Bangladeshi illegals back home but with Rohingyas and other ethnic people from Burma they have lenient policies granting political asylums. That is the  sole reason the illegals from Bangladesh are all becoming fake Rohingyas.
We were told by the Bangladeshi police that the Bengali-Muslims arrested in the raid were all planning to destroy their legally-issued Bangladeshi ID cards and Passports once their boat is in the International Waters just beyond the Bangladeshi Waters and then take on the fake Rohingya identities.
A Boatload of Fake Rohingyas Landed At Gwa in Arrakan 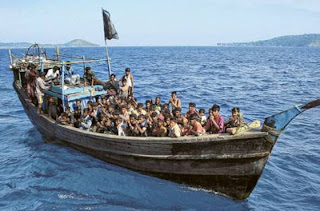 On June 20 this year another boat load of nearly 100 Bangladeshis or fake Rohingyas were captured by the Burmese Border Guards at the Island of Gwa 7 miles away from the town of Gwa in Arrakan.
The group even had Pashu guides from the Mergui in addition to their usual Bangladeshi human traffickers as the first stopover in their plan was Mergui on the Tanessarim coast of south-eastern Burma. But their plan was thwarted when their fishing boat hit a rock in the Burmese Waters near the Gwa Island and they were forced to land at the Island.
The captured were brought into nearby town of Gwa on June 25 and then transferred to Thandwe Jail by army trucks later. 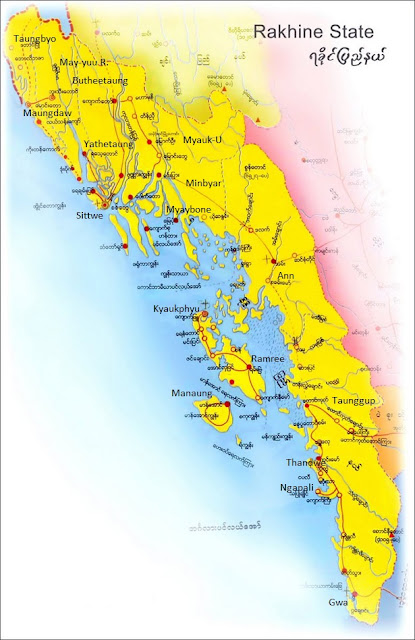 Another Boatload of Fake Rohingyas At Ye in Tenasserim 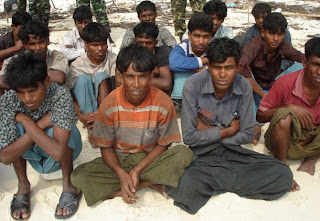 On June 19 this year another boat load of 82 Bangladeshis or fake Rohingyas captured by the Burmese Navy in the Burmese Waters off Tavoy in Tenasserim were sentenced for one year each for illegal entry into Burma.
They were originally rescued in the Andaman Sea by the Burmese fishermen in mid may when their boat experienced engine problems. None of them could speak Burmese at all but they indicated they left Sabrang in Bangladesh on May 10 heading for Malaysia.
The Burmese fishermen towed their boat to the Aim Dein Village in Ye Township and gave them water and food. After their boat engine was repaired they left the Aim Dein village on May 23 but later captured by the Burmese navy off the Tavoy coast.
The illegal Bangladeshis were then sent back to Ye and after sentencing by a court there they are now incarcerated in the Moulmein Prison.
But the Thailand-based Irrawaddy News Agency did falsely report that the 82 Bangladeshis were the fleeing Rohingyas. “It is unacceptable that these boat people are sentenced on immigration charges for being caught in their own country,” the donor-stooge Irrawaddy even quoted the director Chris Lewa of the pro-Rohingya INGO Arakan Project.
Chris Lewa seems to be counting the 150 millions Bangladeshis as Rohingyas while the whole Burmese populace including the President U Thein Sein and even the opposition leader Aung San Suu Kyi has been calling the Rohigyas as the illegal immigrants from Bangladesh. 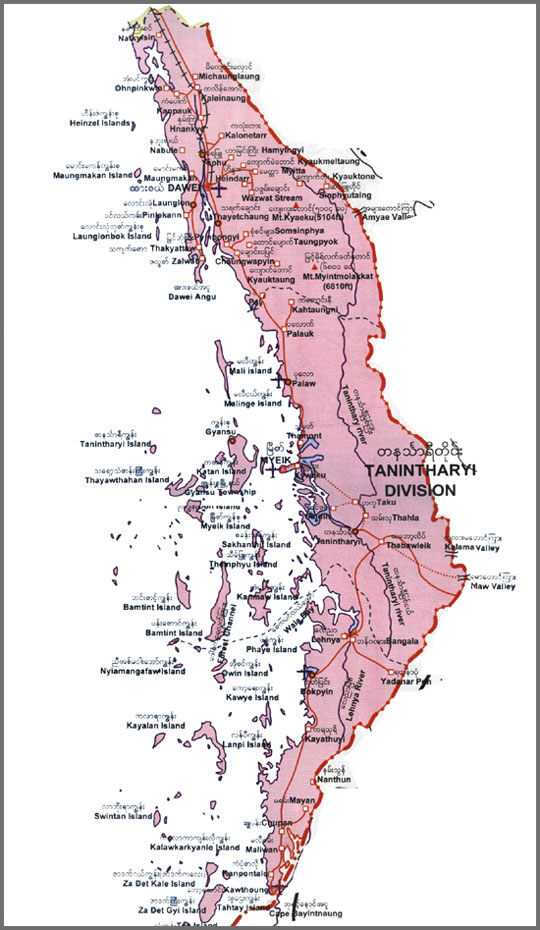