Japan Makes Up for Lost Time in Burma! 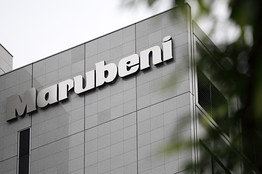 After the debt, the deluge? Three months after Japan agreed to waive much of the money owed to it by Myanmar, clearing the way for normalised economic relations after a 25-year lending freeze, Japanese companies are beginning to make up for lost time.

On Tuesday Marubeni, Japan’s fifth largest trading house, said it had been awarded a contract to overhaul a gas-fired power plant it built seven years ago, before tighter Western sanctions took hold.

Marubeni described the award to upgrade the creaking Ywama plant as the first infrastructure order to a Japanese company since the government of president Thein Sein took over in March 2011, ushering in democratic reforms.

Myanmar depends on hydropower for about 70 per cent of its electricity, making the economy highly vulnerable to the vagaries of weather. When water levels at hydroelectric dams fall during the dry season that runs from November to April, blackouts plague the country. In a report published in May, the IMF identified “inadequate infrastructure” as one of the main factors limiting GDP growth last year to 5.3 per cent, and to a projected 5.5 per cent this year.

Marubeni, which relies on power projects for one-eighth of net income – the third highest earner behind metals and energy – is now aiming to get involved in more brownfield and greenfield projects in Myanmar, according to Hirohide Sagara, senior operating officer in the company’s power, projects and infrastructure division.

Marubeni launched a liaison office in the capital city of Naypyidaw in January, intending to develop stronger relationships with government officials in anticipation of April’s resolution of the debt problem. It has maintained an office in the port of Yangon, the former capital once known as Rangoon, since 1942.

Plenty of other Japanese companies have similar ideas. Most of the country’s biggest trading companies have followed Marubeni in setting up offices in the capital this year. The Japan Bank for International Co-operation, the state-owned lender specialising in supporting Japan-led infrastructure projects, has included Myanmar as a key destination in what it calls the ‘Southern Economic Corridor’, extending from Vietnam to India through Cambodia and Thailand. Keidanren, the powerful business lobby, last month urged the government to position Myanmar as one of several targets for infrastructure exports, and to take effective policy measures to support them.

Foreign minister Koichiro Gemba is doing his bit: last week the Nikkei newspaper reported that Gemba met his counterpart in Myanmar to propose the setting up of a Japan-Myanmar Joint Initiative, with the aim of clearing barriers to direct investment. The hope is to do for Myanmar what a similar body did for Vietnam – now one of the biggest recipients of Japanese investment – from the early 1990s.

Also pitching in is All Nippon Airways, which on Tuesday said it would begin offering three business-class flights a week between Tokyo’s Narita airport and Yangon. If the service begins as planned in October, it would mark the first direct connection between Japan and Myanmar since March 2000.

No more layovers in Bangkok.

“It’s opening up, bit by bit,” said an executive at a rival trading house. “There is a huge deficiency in expertise in Myanmar. Whether it’s electricity, roads or water, they’re not there yet.” 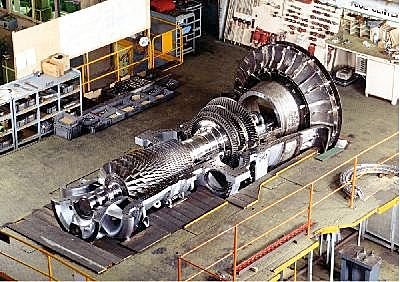 The contract between the Marubeni Corporation and No-2 Electric Energy Ministry is worth JY 272 millions and according to the press-release Marubeni is to supply altogether 534 items of spare parts for the existing Hitachi H-25 gas turbine generator now running at the Ywama Power Plant in Insein a northern satellite suburb of Rangoon.

The Hitachi turbine and a waste-heat boiler and a steam turbine generator worth altogether US$ 20 million was provided by the Japan’s NEDO (New Energy and Industrial Development Organization) to the Burmese government in 2004.

Once the project is completed in 10 months to a year time the plant will be producing 30 Mega Watt electricity daily or 240 million KWH yearly.