(Translation of “Come To UK To Get Asylum” from SimpleViewsOnMyLand Blog.) 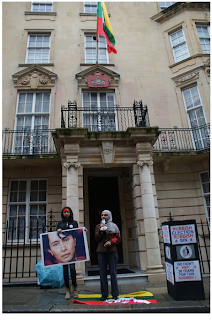 I started this post just after the meeting of Aung San Suu Kyi and the Burmese community in UK especially London at the very end of her well-celebrated Euro-trip, but I couldn’t finish it for all sorts of reason. Only now I decided to finish this critical article as I really want people back home in Burma to know about these so-called Burmese political activists here in London, especially their well-run Asylum Industry here.

I got to London naively few years ago and this is my simple view of what’s going on here.

The group most active in Burmese politics here in London is the NLD-LA. We all know what NLD is but the LA tail is quite mind boggling. The Liberated Area tag was sort of okay for the KNU’s long-lost Manerplaw but here in London, I hope they are not implying they a bunch of Burmese miscreants, intentionally displaced, have liberated London. From whom, the much-hated Burmese army? Funny, ha ha ha.


The Politicians and Activists?

The ones leading the so-called NLD-LA were Dr. Win Naing and KO Aung who labelled himself an 88-generation Student, whatever that is. The two got into fight about money and finally they split and Ko Aung has now formed another group with same name.

Members of Ko Aung’s new group are mainly the Burmese youths applying or wanting to apply political asylum here in UK. Two NLD-LA groups are at each other so much now that one group avoids the protests sponsored by the other group.

Unfortunately Burma became more notorious for shooting the protesting Buddhist monks during the 2007 Saffron Uprising. The military government’s incompetence not only attracted international condemnation but also opened the money jars wide for the Burmese exiles and political activists like Burma Campaign here in UK.

Every jobless Burmese was protesting 7 days a week 30 days a month here in London to get their political asylum. They protested whenever Aung San Suu Kyi’s home detention was extended. Burmese politics in London became so big a big business the asylum-seekers seemed to be protesting even when two strayed-mongrels getting at each other on Rangoon streets.

At the protests whenever the media attended one would find plenty of people such as Dr. Win Naing and Ko Aung and other so-called democracy-activists. But if the media was not particularly interested only the asylum-seekers and the real activists would be manning the thin crowd.

The Seekers of Political Asylum

The overstayers with seriously expired visas, young people on student visas with no intention of studying here, and the people who have no chance of getting their various visas extended flocked into these so-called political protests and demonstrations.

If they can manage to get photos taken together with any English politician or activist at the protests and then post them on their facebooks it would be 50% sure chance of getting their asylum applications approved.

These Burmese asylum seekers are the main force for the people like Dr. Win Naing and Ko Aung who tried unscrupulously to recruit them into their respective organizations as more members mean more funding from UK government and other sympathetic NGOs. Nothing to lose for the Burmese asylum seekers also as they would get support in a form of official letter from whatever activist organization they supposedly joined.

When Aung San Suu Kyi had been forced to stay in her house the NLD-LA and BCUK and other activist groups made fortunes here. The longer ASSK was in detention the richer they would become. Ko Aung was even raking in money by bringing people direct from Thailand and helping them get political asylum. 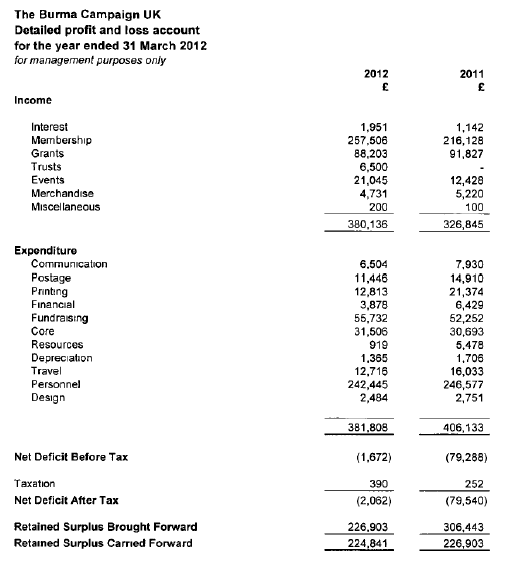 Best time for them was before the English had brought in the Biometric or finger-print system. With all sorts of alias they helped the Burmese asylum-seekers tricked the English Immigration left and right in applying political asylums.

The main story was that they were brought here by the fraudulent human traffickers, their passports were then taken away by the traffickers, and evil traffickers had dumped them in London and disappeared. Everyone had similar story in their asylum applications.

But with the Biometric system they are forced to use the real name and real passport. And the stories are to be as genuinely imaginative as possible and different from each other. So now is the time for the Burmese story writers to make money out of them.

Refugee stories or political activist stories or religious persecution stories or even specialized Rohingya stories, whatever story one fancies one gets it as long he or she has enough money to pay for it.

Once the asylum application is being submitted the hard part is almost over as the UK government will place the prospective asylum seeker in cheap government housing in a relatively cheap place like Liverpool or Manchester or Reading outside of London. He or she would even get a small money weekly from the government to live on.

And how long will it take to get the asylum? No one really knows as one just has to wait till the immigration or asylum court calls one’s case. Then one has to face the tough questioning on his or her story line. For girls it is much easier as they just have to cry their tears out and will be given asylum with hardly any question asked.

Once one gets the asylum one is normally given five years Resident Visa which allows working 40 hours a week. The best thing is the asylum seeker could get what they called here the Benefits like the dole in Australia if he or she could not get a job. So what most Burmese does here is get a job at the same time lie to the government and get the benefits too. Two timers!

The Refugees from the Thai Border

Most of them do not speak English and do end up on the dole or benefits in UK-speak living in Sheffield where the government has placed them in cheap housing. And some of them work quietly without telling the government and enjoy the second incomes. What a good life in UK if one can get it. Exploiting the weakness of western democracies where human rights is preferable to human punishments.

Once Aung San Suu Kyi has been released and Burma becomes sort of democracy and the UK government tightening the asylum eligibility all these fraudulent activists living off the asylum industry have almost lost their livelihood.

Even the Burmese monks overstaying here are in hot water too. To get a stay in UK they have to go wherever they are call for the protests and demonstrations to colour the crowd saffron.

One such monk U Uttama just does the politics nowadays. He knows every politician and activist. And his small abode in Collindale is the place for almost every political meeting. He will sign and sponsor any student applying political asylum, of course, for a considerable donation personally to him.

What I write are what’s really happening in London. Only the new arrivals without any connection don’t know these. Once they knew the asylum industry they all are to get involved in the politics.

That’s why there is no genuine protest here in UK as everyone is trying to make a living out of the so-called political protests. They can’t even get united with a single voice as they are fighting each other all the times. People back home should know all this. These people are not decent enough to look up to.

Daw Aung San Suu Kyi should know about the Burmese asylum industry in UK too.

The Divided Bengali-Muslims or so-called Rohingyas

Another group from Burma among the relentless tide of asylum seekers in UK are the Bengali-Muslims who fraudulently take on the skin of newly-invented race Rohingya. Just by claiming to be persecuted Rohingyas and taking part regularly in rowdy protests in front of the Burmese embassy they could easily get political asylum here in England.

We could even see Ko Aung and his NLD-LA mob there together with their brothers  Rohoingyas. Even these Rohingyas are now split into two as one group thinks that the current policy of asking for the ethnic status in Burma and then a separate territory governed by the Sharia Law is too aggressive and greedy, while the other group is blindly following that Bengali kalar Htun Khin the self-proclaimed President of so-called BROUK (Burmese Rohingya Organization UK).

Htun Khin with the help of Benedict Rogers the CSW activist and a notorious anti-Burma zealot just recently submitted to the British Parliament a baseless accusation of 950 Rohingyas killed during last month Buddhist-Muslim riots in the troubled region of North-Western Arrakan.

The internationally accepted toll of casualties were 80 deaths and more than half of the killed were Yakhine Buddhists as the majority Bengali-Muslims were the aggressors against minority Yakhine-Buddhists in Maungdaw-Butheetaung area the epicentre of race riots.

BY now I am expecting my readers to know who and what really are the Burmese political activists and the so-called Rohingyas gladly taking great advantage of the very liberal and soft system of  granting political asylum in UK.

I’d been told so many times that in Australia which once had White Australia Policy every asylum seeker is put into a tough detention centre while their case is being considered and immediately deported once their application is rejected as the Island of Australia is now being swamped by daily boat loads of Muslims from the troubled Middle East and, yes, the so-called Rohingyas claiming from Burma but really from the population-exploding and slowly-sinking Bangladesh.

We are lucky that we are in UK not that bloody Australia. But I would like to warn the readers again that same as in London these fraudulent activists are everywhere. I have known about them for a long time now but I just kept my mouth shut not to rock the same boat we Burmese are in all together.

But now I can’t shut up no more for they are basically destroying our country's reputation and also as Daw Suu has told us many times that I would be an accomplice if I saw a crime being committed and said nothing of it.

This article is not intended for the real selfless Burmese and ethnic activists and politicians who have suffered enormous hardship and torture and imprisonment and even sacrificed their own lives for their beloved Burma.