Saving Buddha from a LA Nightclub (2) 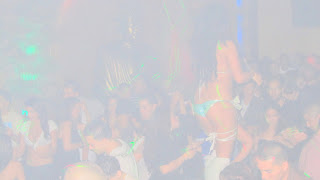 IN the busy kitchen of one of the biggest Asian restaurants in the second most populous American city of Los Angeles a young Burmese Sushi-chef YanMyoAung is quietly saying the Buddhist prayers while rolling his Sushis.
People around him might have thought he’d gone mad or become a rare Buddhist fanatic since he wouldn’t stop saying the prayers all the time. He said the prayers non-stop while driving to and from work, shopping in the supermarkets, and cooking meals at home. So much so that his throat became extra dried and his tongue got real hot.

Meanwhile his work also had become troublesome. Because of the general downturn in restaurant trades in LA after the GFC his Boss had fired two of the three Sushi rollers and now he was the only one doing the previous three men job. Why are you taking so long, can’t you finish the orders quick, he was now so often yelled at by the management and he didn’t like it at all.
He even thought of quitting the job after being yelled at so many times and having to work triply hard. But he couldn’t do that. He couldn’t leave the Buddha alone there. I would quit only when I’d saved the Buddha, Yan had made up his mind and so put up with all the abuses and kept on saying his prayers non-stop.
Father of the Boss Man 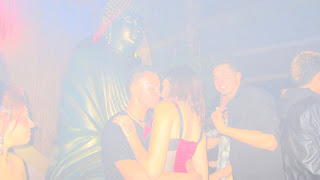 Time had moved slowly and reached the later part of October. Club goers were still dancing and necking and rubbing by the Buddha almost every night of the week and Yan couldn’t do a thing other than clean up the disgusting mess they left on the Buddha and only say his prayers.
Then one day the old father of his own Boss visited the restaurant for a meal. Yan intentionally went out of his bar and waited respectfully at his table. And while the old man was eating he prayed for him. He prayed and prayed and prayed for the old man till he left the restaurant. Yan had nothing else but the prayers and he used his only weapon generously.
A week had passed and his birthday arrived on the second day of November. On that day he came to work earlier and cleaned the statue and then placed a bouquet of flowers in Buddha’s hands and said the prayers again. When he looked up at the face of statue he felt that Buddha’s serene face was brighter than normal for some reason. He didn’t think much of it and went to the Bar to start working.
Then someone told him the Boss wanted to see him right away. Immediately Yan was frightened for he was afraid that he would be fired. He’d been trying to rescue the Buddha which was an important part of the successful nightclub. And he could even be seen as a trouble maker creating a religious problem there.
Also he’d been taking the photos of Buddha secretly during the nightclub hours as it was not allowed. His purpose for taking the photos was to use them later for a fight if he couldn’t replace the Buddha peacefully. The guards might have seen him taking pictures and reported him to the management. In their eyes he was a guilty one who shouldn’t be working here at all and Yan had known it himself. He was worried as the Boss was a Mafia like influential figure and he was expecting himself to get fired anytime soon.
Expecting the worse he entered Big Boss’s office again for the fourth time. This time was not to demand but to obey whatever command from the Owner.
Dream came true
Yan was really glad when the Owner smiled at him and asked him to sit down. He then said, “Yan, now you can take away your big Buddha from here.” Really, Yan was so happy he felt like jumping up and down right there. He even raised his palms together at front and said thank you very much to his boss many times. The Boss continued, “My father told me if you were the boy asking the Buddha just give it to you,” explaining his sudden change of mind.
Yan knew straight away the power of his prayers. The praises of Lord Buddha had hit the heart of old man direct and his dream had finally realized as the result. He was so happy he immediately called his friend Moe Win and told him the good news and fixed a date to go sell the gold chain and the old car. Yan couldn’t see the trouble of walking 4 miles everyday to and from work since the rescuing of Buddha was the pripority. Moe Win felt sympathy for Yan’s trouble and at the same time respected Yan’s good deed.
At the appointed date they met at Moe Win’s house. Yan happily told him what happened at the restaurant and his arrangement to sell the stuff and his dear friend remarked that he had nothing else but just a body and soul. Yan laughed and said, “Yes, I have only this body left and I am now a slave of Buddha. We are the slaves of our wives and children in the whole Sansara and to become a slave of Buddha is a rare occurrence and I am glad that I am now one.
Moe Win was surprised by Yan’s response as he was too young to have that sort of attitude. “That’s real great. Me and my wife both respect you and congratulate you. Also we feel sorry for you to go through all that and so we’ve decided we would lend you the money so that you do not need to sell your car,” said Moe Win and then he hugged him and lifted him up and shook him. His wife Baby then gave Yan 4,000 dollars and he was so pleased and thinking that now everything was so smooth.
Negotiations 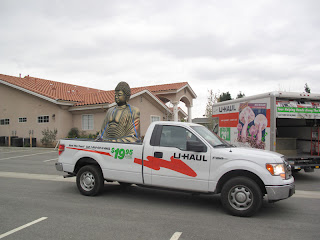 Next day he entered the Boss’s office with his 6,000 dollars. Since Yan’s promise was to pay 6,000 and then to work 6 months free he had to give him his 6,000 now. “I sold the Buddha just to you. Before, people tried to buy the Buddha so many times but we’d refused to sell. We ordered it direct from China and it cost us 25,000 dollars. What you’re paying now is just pennies,” Boss wasn’t too happy.
“Yes I’m really grateful for that. You’ve done a good deed and you’ll have benefits for that. I pray for that,” replied Yan. The Boss then offered Yan a new deal for work. Instead of six months working free he was to work a year at half his current wage. So Yan agreed to work for a year at 9 bucks an hour instead of current 15.
Yan only asked one more promise from the Boss. That was not to put another Buddha in the nightclub and he’d promised with a big smile. Yan had not just saved the Buddha he also protected other Buddha.  His Boss had already known Yan’s seriousness on mistreating a Buddha.
Real cost for the Buddha he rescued is quiet high for Yan though. Just cash wise it cost him $6,000 down payment and a year wage at 6 bucks an hour. Instead of 28,000 dollars for 15 bucks an hour he would get only $17,280 at 9 bucks an hour. That alone is 11,520 and including the 6,000 dollars the total came to $17,520. Also he was to forfeit the bonus 3,000 whenever the restaurant introduces new Sushi menu. And the worse is he was now bound to the job as he wouldn’t be able to take a better paying job elsewhere.
The worse was not being able to visit his parents back in Burma. Yan’s been in the States for more than 15 years and since he didn’t have his green card yet he couldn’t go back home for a visit. Only in this October he could go back to Burma but he now had to work for the Buddha. At least my suffering was for the Buddha and it was a good deed, he comforted himself.
Buddha in the LA County Azusa Monastery 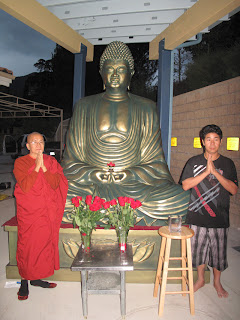 On the very good day of 6 November 2010 Yan, Moe Win’s family, and other friends ceremoniously brought the Buddha statue to the Burmese Buddhist monastery in the Azusa city of LA County. They all cleaned the seriously-stained statue with plenty of water and placed the Buddha in its designated place right in the newly-built hall of the monastery.
Only after that Yan told me this. “Long time ago I was here once as a drug addict and you had cured me for good then. Now I’m back here as a donator of this Buddha statue,” remembering his past and confided in me that he had truly changed for the better future.
Yes he once was a drug addict. He once had his own Sushi restaurant. But the easy money and young age brought him too many friends and they misused and abused the freedom here in the United States without realizing there are responsibilities coming together with the freedom. Finally he became addicted to illicit drugs, lost his own restaurant and all his money, and ended up with me at the monastery as he had no one else to lean on.
I took care of him, cured him of his drug-addiction, and put him back on a right road. It wasn’t that difficult as he was a good man inside. He would err for only once in his life. I was so happy looking at him and being proud for what he had done for the Buddha.
It couldn’t be a better time for his Buddha statue also as we had just finished a brand-new grand-hall 63 ft by 36 ft as if it was ready-built for the lotus-post bronze statue.
I knew there are many nightclubs with Buddha statues in many non-Buddhist countries like US and I even heard that a Las Vegas casino had a huge Buddha statue in one of its gambling halls.
I’ve prayed often to Lord Buddha that there are 100 YanMyoAungs out there to rid that blasphemous practice of using Buddha statues as decorations in inappropriate places like nightclubs and casinos here in the United States of America. 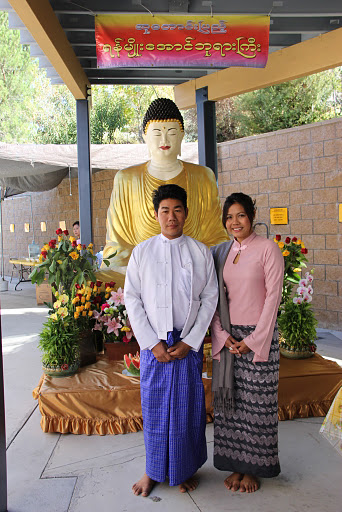