Saving Buddha from a LA Nightclub (1) 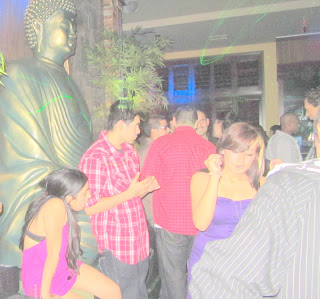 IN the busy kitchen of one of the biggest Asian restaurants in the second most populous American city of Los Angeles a young Burmese Sushi-chef YanMyoAung is quietly saying the Buddhist prayers while rolling his Sushis.
He now believes the only means left to achieve his noble wish is to pray to his Lord Buddha. Unlike other young men his age his wish is neither to get rich nor to marry his sweetheart. He has had a wish unusual and noble for his age and his situations. That noble wish came into his young mind one night in last August.
The restaurant he works for is a huge one seating over 300 and serving all sorts of Asian food one can possibly imagine. He is one of the Sushi rollers in the Japanese food section. In that faithful night in August he felt like going to the nightclub while he was back at home after work. He isn’t the type who enjoys drinking and partying and nightlife and he hasn’t had that feeling for a long time now.

But for some unknown reason he strongly felt like going to the nightclub that night. He knew it wasn’t right and tried to kill that urge. He watched TV. He said the rosary. He did everything he could but the urge wouldn’t vanish and finally he decided to go and came out of his tiny flat.
Buddha in the nightclub
The nightclub in his mind is actually the very restaurant he works for. Daytime it is a restaurant but from 10 in the night to 2 in the early morning it becomes a nightclub. A rather fancy and shocking one Yan would soon find out soon that night.
So he went in and once inside he was shocked by the sight of a ten-feet tall Buddha statue by the wall. The statue’s been there all the time and he has seen it everyday but in a different setting of a calm and quiet restaurant. He always thought the statue was there just as a decoration. But now in a totally sex-crazed and constantly-moving and beat-filled noisy environ of a nightclub the Buddha appears to be starkly inappropriate for a Buddhist like him.
About 100 men and women all young and sexy were dancing and rubbing and necking around the Buddha and on the stage only about 10 feet away right in front of the Buddha were scantily-clad young women dancers employed by the club to excite the patrons with their provocative dance moves.
The multi-colored light rays from the flashing spotlights on the wall just behind the Buddha were radiating past the head and highlighting the extremely-sexy bodies of the young dancers on the stage. As if Buddha himself was radiating the multi-colored flashing light rays over them and the couples on the dance floor.
Yan seriously thought Buddha might be wondering that before I became a Buddha under the great Boddhi tree I was tempted by three pretty daughters of Satan only once and now I’ve been tempted by these sexy white girls every night. He was really feeling bad for the statue as he moved through the dancing couples on the floor to be nearer to the big Buddha.
The young couple by the Buddha was in worse position than he thought. The young woman in a very short skirt was sitting on the statue-base with her back leaning on Buddha and her thigh was touching Buddha’s thigh while her male companion standing with both hands on Buddha to support his body leaning over her was rubbing her chest with his groin. On Buddha’s lap were empty glasses the previous couples in orgy had left.
By then Yan was shaken with anger and what he really wanted to do then was to pick up a big stick and violently drive these blasphemous whites out of there. But he didn’t dare. He was just a mere Sushi roller in this restaurant-turned-nightclub. And what could he do?
Yan was now really angry staring at the big Buddha. The sights of the young couples rubbing each other sexually, the sound of the excitable music beats, the strong stench of alcohol, nearly-naked bodies and sexually provocative moves of the stage-dancers right near Buddha’s face, all were forcing him to feel pity and absolute sympathy for his Buddha. 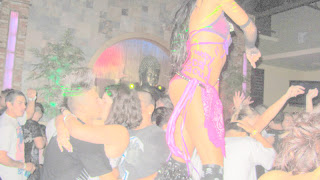 Even though Buddha is not to be pitied and sympathized he still thought that Buddha might be feeling horribly miserable right now in this blasphemous environment. He could almost hear Buddha was talking to him and asking to move him somewhere else more appropriate. It had to be and it might be the sole reason he got the urge to come here tonight, Yan concluded almost fanatically.
Maybe the spirits watching the statue had brought him there tonight to witness the horrible scene. Anyway he had a strong belief that one has the duty for one’s race and religion and he had to do his duty. At that moment right there in front of the Buddha statue he promised himself that he would save Buddha from this sexual darkness. His long journey to save a Buddha statue from that nightclub had begun.
Trying to buy the Buddha
Next morning he came to work earlier than usual. He waited for the Owner to come in while serving at the Sushi Bar. Soon after the Owner had arrived Yan bravely went into the office. Boss looked up at him as he didn’t like the workers entering his office without being called.
I have something to say Yan started. Oh, say it, boss replied. Can you please sell the Buddha statue to me? How much I have to pay? Or I can work one year here without any wage? Yan went straight to the point as he was determined.
Boss indignantly smiled at Yan as if he was talking through his arse and just calmly shook his head. So Yan had to walk out of the office. But he wouldn’t give up easily. He even approached the Manager woman to ask the Owner for him. She just simply told him that it was impossible. Since he was quite close to the Manager Yan just kept on asking for her help to change Owner’s mind.
Nothing happened and one day Yan told the Manager woman his mind, “This statue is of our Lord Buddha who is basically the only God for us Buddhists. If your God is treated disrespectfully like our Buddha is being treated now in your nightclub you wouldn’t like it. I’ve felt pretty horrible seeing the way he’s been treated as it is blasphemy.”
Both the Owner and the Manager are not Buddhists but the Manager was speechless as she knew Yan was telling the truth. At least Yan felt better then as he told her what he really wanted to say. He was even expecting the Manager would tell the Owner.
Yan now had a new task at the restaurant without even being asked. He came to work early everyday and put away all the glasses left on and around Buddha and cleaned the big statue of the liquor stains and other stains. After that he said his prayers and wished a plenty that he could rescue the statue from here. It became his daily job and good deed for many more days to come.
Dragon substitute for the Buddha 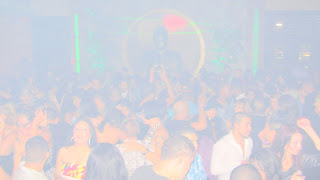 Days and months had passed and none of his wishes had materialized but Yan was more determined than ever and so he entered the boss’s office again the second time. I would give you 6,000 dollars and also work completely free for next six months please sell me the statue please he begged to the Owner without expecting much at first.
Yan was encouraged as he noticed the Owner’s face was not indignant as the first time he tried to buy the statue. Manager must have told the boss what Yan said to her. “Okay, if you want it so much just find a big dragon to replace the Buddha,” the owner told him. Yan was so happy hearing what the boss said he immediately promised, “Yes I’ll search”.
From that day Yan had begun his dragon search. Every day-off he trampled LA for a dragon. He called friends and asked where he could find a dragon. He’d been to all sorts of shops all over LA and his friends also joined him in his search for a dragon. He even called me (the writer is a Burmese Buddhist monk from the LA Azusa monastery) and asked where he could find a large dragon and I just simply told him to go to the Chinese shops without asking him the reason behind his search.
But Yan still didn’t have 6,000 dollars he’d promised to the Owner. His saving was only 3,000 and he also needed at least a thousand to transport the statue and the dragon if he ever found one. Borrowing that sort of money was out of question and what he had was only a gold chain from his mother and the old car.
He could sell the chain but the old car was essential to commute to work. He even desperately searched his tiny 10ft by 15ft rented-room for any cash and found not even a dollar as expected. Finally he decided he would sell the car and walk that 4 miles distance to and from his work. Most important for him was to rescue the Buddha from the nightclub and place him in an appropriate place like a Buddhist monastery.
So he went to used-car yards and gold shops to find out how much he could get for the gold chain given by his mother on the day he left Burma and the old car. The money was just over 4,000 but Yan was happy as it was what he needed exactly. And he’d even found a large dragon seven foot long with wings and all at a Chinese shop.
Next morning as usual he went to work early and cleaned the statue and told Buddha he was now going to rescue him from here while holding the Buddha’s hands. Once the Owner came in he followed him into his office proud and happy like a victor. That was the third time he entered the big boss’s office.
“So, Yan, did you find a dragon?” the Owner asked. Yes sir I’d found one and it was so pretty. “How many feet is your dragon?” asked the Owner again. Seven foot long Sir. “Too small, I want more than ten foot long one,” remarked the Owner. Yan’s happiness was suddenly gone and he came back to the Sushi Bar truly depressed.
He sat down at the Bar and thought about what he’s gonna do now as he knew very well there were no dragon of that size. He’d been to almost every Chinese shop in LA. The story had ended and it was not a happy ending.  He thought and thought and thought and finally a light flashed in his head. Yes, I have none other than Lord Buddha and I will say his prayer till something comes out.
So now he is rolling his Sushis while continually saying the Buddhist prayers quietly in a restaurant-cum-nightclub in the second most populous American city of Los Angeles.