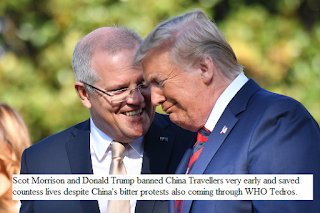 How a 'terrible' decision saved thousands of lives in Australia: One of Australia’s leading infectious disease experts has highlighted one move the Australian government made that ultimately prevented a surging coronavirus death toll witnessed in other countries.

Professor Sharon Lewin, head of the Doherty Institute, which has led the way on coronavirus research and worked closely with the government on modelling, said she doesn’t believe Australia’s success is “around good luck”.

She stressed a quick and thorough response from Australia has allowed numbers to stay low in comparison to the rest of the world. She singled out Scott Morrison’s “brilliant” decision to ban any foreign traveller arriving from China, or anyone who had spent any time in the previous two weeks in the country, from February 1, which she believes prevented a widespread outbreak.


“For me, I [initially] thought that was a terrible decision, I’ll say honestly, and the World Health Organisation, too, said that blocking flights was the worst thing that you could do for a global health crisis,” she admitted. “But it saved Australia, because it actually stopped seeding at the very beginning.”

She noted Italy and the US banned flights from China at a similar time, however, they were still acquiring Chinese nationals and those who’ve visited China from other countries. She dismissed the constant discussion that Australia has performed well “because it’s an island and it’s summer”.

“Actually, between mid and late March, when the epidemic was taking off in the end of summer, the doubling time was every two days. The outbreak was proceeding with the exact same rate as anywhere else in the world,” she said.

Prof Lewin hailed Australia’s conscious thought process in the virus’ early days in Wuhan, saying health experts across the country were pro-actively working towards prevention strategies if a similar outbreak was to occur on Australian soil.

Her comments come the same week as WHO chief Dr Tedros Adhanom Ghebreyesus told countries they should have listened to advice given by the WHO in January to prevent a significant outbreak. Dr Tedros, however, was adamant a travel ban on China was not needed as the virus began spreading around the globe.

The WHO’s close relationship with China has come under question in recent weeks, prompting US President Donald Trump to pull his country’s funding. The WHO has faced criticism over its handling of the outbreak and Mr Morrison has been vocal on the matter, saying it has made mistakes.

The prime minister has also pressed forward with calls for an independent review on the origins of the COVID-19 outbreak, triggering tensions with China. As of today (01 May 2020) Australia has 6,753 confirmed COVID-19 cases and only 91 deaths. 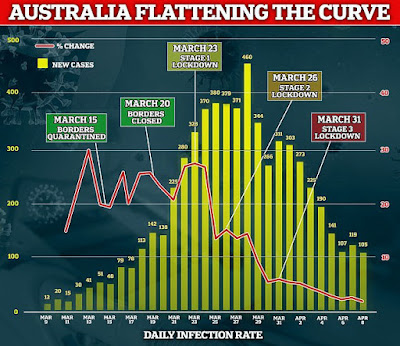