(Based on the staff articles from the Burmese Facebook pages in February 2022.) 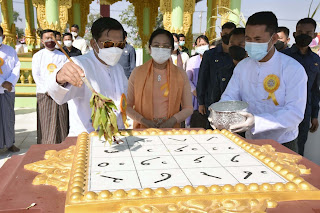 But a working society needs a religion and so does the Burmese society. So the Burmese openly practice many occult practices from their old pagan religion, famously and brutally wiped out by King Ah-naw-ra-htar in AD 1060s to take in the Buddhism then thriving among Mons in Lower-Burma.

Burmese kings killing and burying the bodies beneath the foundations of their palaces and pagodas was a very well-known occult practice and now the power-hungry mad dictator General Min Aung Hlaing is copying that ancient occult practice to supposedly prolong his already one-year-long reign since last February coup.

He is just following the traditions of his dictator-predecessors General Ne Win and General Than Shwe who were superstitious believers of occult practices and human sacrifices. MAH strongly believes that their occult practices kept their army in power for nearly 60 years ruling Burma. 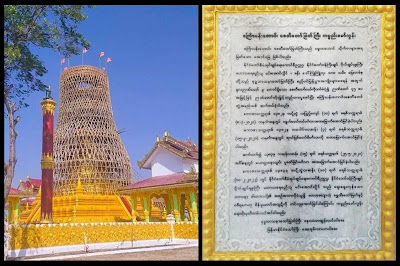 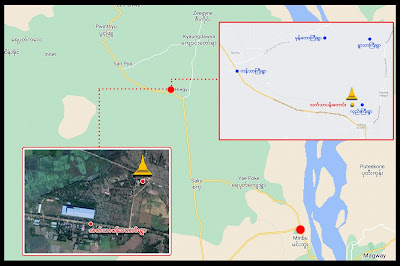 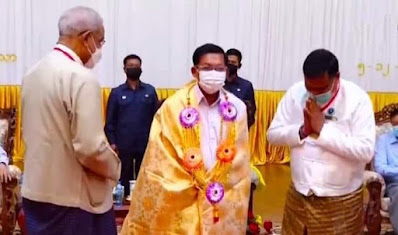 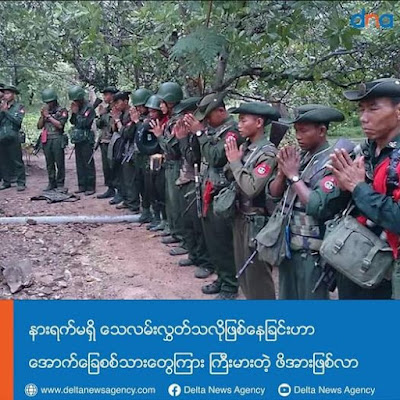 On February-10 the 65-years-old dictator ceremoniously opened a pagoda he rebuilt and re-umbrellaed at the village of Thet-thar-pan-daung situated at 13 miles from his birth place Minbu Town.

The rumours are that his soldiers captured nine young men from the local PDF (People Defence Force rebelling against his army) last month, killed them and buried their bodies deep inside the new foundation of pagoda.

Ming Aung Hlaing’s occult advisor the crazily-superstitious Buddhist Monk called Shin Wa-zi-pate had instructed him to build the pagoda so as his blood-thirsty rule of Burma will last at least twenty years. The notorious mad monk even made a massive sixteen-squared occult symbol and the dictator publicly and shamelessly celebrated the anointment on the Myawaddy TV owned and operated by the Myanmar Army.

The crazy dictator is now heavily relying on the occult practices for he knows very well that his times are numbered and he will be killed by Burmese people sooner than later. And Nine is his occult number according to Shin Wa-zi-pate and thus the body sacrifice of nine young PDF at his pagoda. 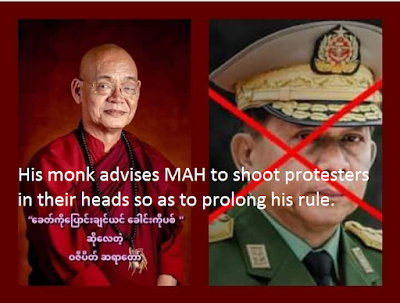 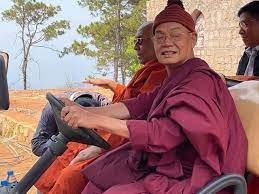 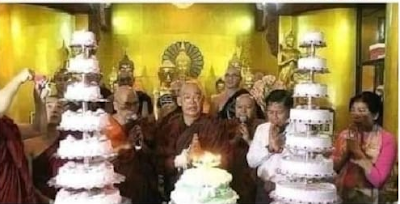 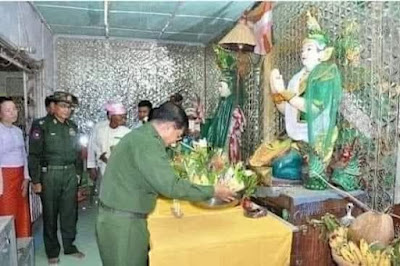 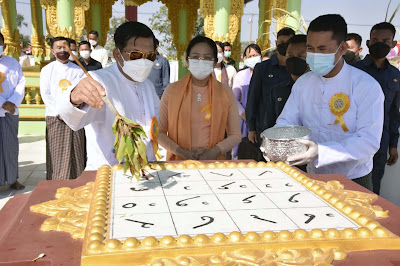 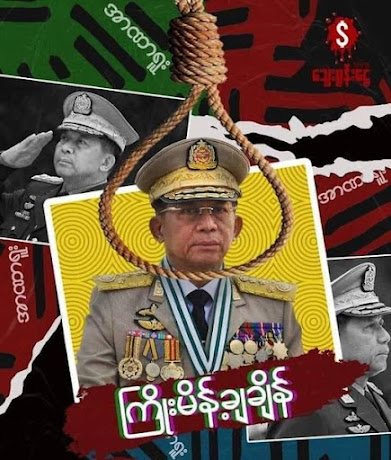