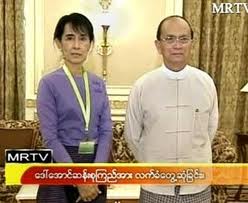 According to Burmese Government mouthpiece the Myanmah Ahlin newspaper on August 20 Burma’s President Thein Sein received the opposition leader Aung San Su Kyi at his office in the Presidential residence at 4 pm on August 19.
The paper simply stated that in the meeting the President had frankly and cordially explained ASSK the measures taken by the Union Government for the interests of the Nation.
The paper also wrote that after putting their differences aside President and ASSK had a friendly and open discussion exploring future possibilities and opportunities for mutual cooperation actually benefitting the nation and the people of Burma. 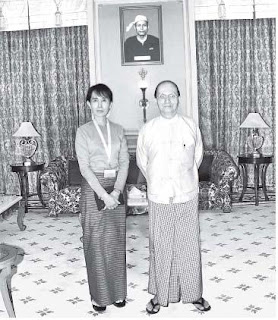