(Some of this post is from Myanmar Times’s article on 11 November 2011.)
Freed 13 Burmese sailors/fishermen working on the Thai PT Interfishery’s fishing boat P.V. Prantalay-12 taken for ransom by Somali Pirates more than a year ago in April last year have been back in Rangoon since First October this year.
“We were forced to stay in pirates’ hands for about one year and three months. Our boat was taken on 18 April 2010 by Somali pirates in the Indian Waters on our way from Ranong in Thailand to Djibouti.
There were 25 Africans in camouflage uniforms on two speed boats when they pointed their heavy-weapons at our boat and stopped us. First we thought they were patrolling soldiers. Only when they were on our boat we knew they were mother-fucking Somalis.
But we couldn’t do anything as they were heavily armed. Three boats from our Company, Boats 11 and 12 and 14, were taken altogether almost at the same time.” 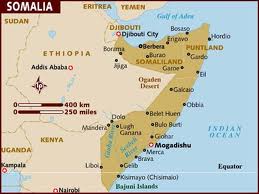 (Ten days before Prantalay-14 also being used as a pirate mothership was also recaptured by the Indian Navy. There were 20 hostages, 16 Burmese and 4 Thais, and 15 Somali pirates on the Prantalay-14 at the time of recapture.)

(Following is the rather sad story of earlier-rescued Burmese sailor named Aung Soe, from same Prantalay-12 fishing boat, who has refused to come back to Burma and now stuck in an Indian police cell in Kochi as a stateless person in LIMBO.)

KOCHI, INDIA: The State Home Department is in a fix over the deportation of a foreign national, rescued by the Navy from Somali pirates, after he turned out to be a citizen of no nations. Aung Soe, a 29-year-old fisherman, believed to be a Thai national when rescued, has been confined within the four walls of Ernakulam Harbour Police station for the past nine months.
Being alone in a country without knowing the language, it is like being in a no-man’s land, says Soe. Rescued from the Somalian pirates, while he was on board Prantalay 12, a Thai fishing trawler, Soe was taken to Harbour police station by the Naval personnel on December 8, 2010. “During fishing we came close to Somali pirates in April last year. Prantalay was under their control from then and we travelled a lot. We went up to Sri Lanka. “Last December, I was rescued by the Navy. Since then, I’m here,” said Soe in broken English. He was rescued by the Navy, off Kalpeni island of the Lakshadweep.
He feels an innate urge to be among his own people at times, says Soe. “I wish to go back; to be among my people in Thailand – to where I ran away in 1991 from Burma, after the Burmese Army killed my parents and siblings in 1985. I don’t have a passport or other documents as I was not given Thai citizenship. I used to go to the police station once in seven days,” Soe says.
His issue has come up before the authorities many a time, but even they are helpless. Though the officials from the Human Rights Commission and other authorities visited the station to assess the situation, no solution has been made till now. It is the absence of citizenship that makes his deportation a difficult task for the Home Department. “We have been in the process of deporting him to whichever country he belongs to. So far nothing has materialised,” said Kochi Police Commissioner M R Ajith Kumar.
Since he migrated to Thailand at the age of four, he does not have any document to prove his nationality. Back home also, he does not have anyone to claim him. Till recently Soe was sitting inside the police station, sometimes a bit depressed. Now, he has started going out. Yet it is evident that he misses his own people. Signing off, he asks, “Sir, Can I ever go back?”
****************
Posted by Hla Oo at 9:22 AM