China Vs US To Operate Rangoon Airport Next 30 Years?

(The OP_ED article by John Hudson direct from the Foreign Policy on 20 May 2013.) 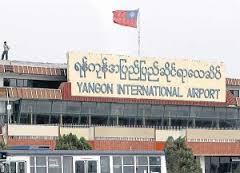 On Monday morning, the White House released a vague agenda for this afternoon's historic bilateral meeting between President Barack Obama and Thein Sein, the first president of Burma, also known as Myanmar, to visit Washington in almost 50 years. While its release ticks off the major issues -- including democratic reform, "ethnic tensions," and economic development -- sources tell The Cable that a contract to operate Burma's Yangon airport will likely be brought up.

The contract, which involves the renovation and operation of the former Burmese capital's airport, is worth $1 billion over 30 years and has attracted bids from some of the most powerful corporations in the world. More importantly, from a geostrategic standpoint, it also pits a U.S. consortium including giants Boeing and McKinsey against a joint venture involving the massive Chinese-owned company China Harbour Engineering and Pioneer Aerodrome Service, a firm connected to Burma's former military regime.

As with most things in the historically secretive Burmese system, the decision-making process is opaque, but Burma watchers are observing the airport project closely as a sign of which way the political winds are blowing.

In preparation for Monday's meeting, a source familiar with the bid tells The Cable that last week officials with the Department of Commerce and National Security Council prepared to brief senior White House officials on the bid by the American consortium, the New York-based ACO Investment Group. Another source with ties to the administration said that senior State Department officials also raised the issue with the White House. "It's very much on the White House radar ... it's likely to come up," said the source.

The surge in economic interest in Burma comes as Sein opens up the country to foreign investment in an effort to modernize its infrastructure and develop its financial sector ahead of the 2015 elections. Last July, the United States lifted a raft of economic sanctions against Burma after Sein kickstarted a gradual reform process, which resulted in the election of human rights icon Aung San Suu Kyi to parliament after years under house arrest. 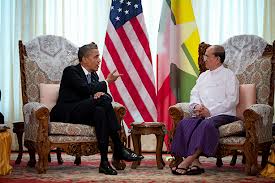 Still, Obama is expected to walk a "fine line," as Reuters put it, between fostering ties with the quasi-military government and defending human rights. (Sein earned a bit of good will on Friday after pardoning 20 political prisoners. However, human rights groups were quick to allege that 160 political activists remain in imprisoned and others note that sectarian violence in the western state of Rakhine has worsened since the United States dropped sanctions last year.)

ACO is bullish on Burma, planning to invest $700 million in the country, including $200 million in the Yangon International Airport should it win the contract. "Many Western institutional investors and companies are taking a wait-and-see approach as Myanmar comes out of reform," Hari Achuthan, managing director at ACO, told The Cable. "Someone like ACO however, will only help attract more foreign investment into the country. The U.S. government advocating for ACO on its projects would provide a lot of confidence both for investors and the Government of Myanmar."

National Security Council Spokeswoman Caitlin Hayden declined to comment on specific investments to be discussed with President Sein, but told The Cable, "We expect the President to have a constructive and substantive discussion with President Thein Sein about the status of his reform efforts and the challenges the Burmese government is facing in the ongoing transition."

A White House release adds that Obama looks forward to discussing how to "bring economic opportunity to the people of [Myanmar], and to exploring how the United States can help." The State Department declined to comment on any specific investments, but an official speaking on background with The Cable said, "In general, we encourage U.S. business to invest in Burma and to do so responsibly. Responsible investment is essential to the success of the reform process in Burma, bringing prosperity to the people of Burma and creating job opportunities for Americans."

The consortium was co-founded by Achuthan and former United Airlines president Ronojoy Dutta. It includes the Asia Group, a Washington and Singapore-based investment and consulting firm founded by Kurt Campbell, the recently departed assistant secretary of state for East Asian and Pacific Affairs. Campbell was the architect of a range of policy initiatives in Obama's first term, most notably, the opening up of Burma and Washington's subsequent rapprochement with the country.

When asked if his revolving-door involvement in Myanmar created a conflict of interest, Asia Group COO Nirav Patel told The Cable that Campbell's activities in the country have been "extremely consistent" over the years. "This is intrinsically about supporting reform," he said. "You can't get to supporting reform without people taking [investment] risks. That's something we're very passionate about." 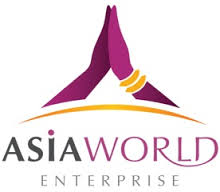 The U.S. government, meanwhile, may have multiple reasons for supporting the consortium. For one, it's rarely shy about promoting American businesses in its goal of increasing U.S. exports and trade. For another, the U.S. Treasury makes no bones about how it feels about one of ACO's leading competitors on the bid: Asia World, Myanmar's biggest and most diversified conglomerate. Both of its founders, Steven Law and his father Lo Hsing Han (once notorious as the Opium King Law Sit Han of Golden Triangle), are still on the U.S. sanctions list. Treasury even has its own flow chart of the two founders' involvement in "illicit activities," which include the Burmese junta and drug trafficking stretching back to the ‘70s. Law has repeatedly denied U.S. claims of his and his father's involvement in the region's drug trade.


It remains to be seen which consortium Burma will ultimately choose. Airport operators in Japan, Singapore and South Korea are also competing in the final stage of bidding, and the Burmese government is expected to announce the winner by June 25. 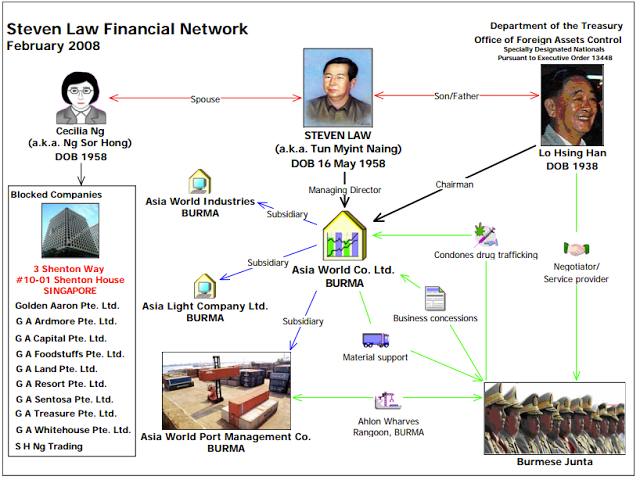