Turkish Writer Takes Off Her Headbag Amidst Threats 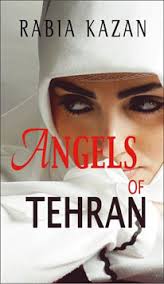 The activist, Rabia Kazan, a columnist for 5 years in Ortadoğu Gazetesi, which is a nationalist Turkish newspaper, and the author of a book titled "Tahran Melekleri" (Angels of Tehran) in which she reviewed temporary marriage in Iran, (a sort of legal prostitution) has been receiving serious death threats from the Fanatic Islamic Community after making her decision to not wear a headscarf, which she was forced to wear by her mother in her childhood. Having gone to the Turkish Police Department, Rabia Kazan declared.

"The headscarf was a decision of my mother and when I uncovered my head, I felt freedom for the first time in my life."

Arguing that there is no verse for wearing headscarves in the Quran, Kazan has faced heavy criticism also in her country due to her thoughts. Her own father attacked her house with stones. Kazan who worked voluntarily at WFUNA, a human rights association of United Nations, claims that headscarves were used due to geographical conditions before Islam by both Arabic women and men as a custom. Conducting studies on Women Rights in Islam, Kazan explained why she uncovered her head and what has changed in her life since then.

“I FELT FREEDOM WHEN I TOOK OFF MY HEADSCARF”

If a person has gotten used to seeing life through a single window, and worse, was stuck with the idea that no other windows exist, then they live through rigidity, blindness, dogma or whatever you call it, through a "pitiful" persistence. My philosophical struggle was quite difficult due to conditions beyond my power... Due to the divorce of my parents, ultraconservative views of my mother's family and conditions that cannot be overcome by a small child; I was a believer of truths I wasn't allowed to choose. I was forcefully introduced to the head scarf at a very early age by my mother.

Living with a headscarf required devotion. But of course that choice didn't belong to me! But believe me it was a much harder, much more uphill struggle for me to decide not to have it in my life; to eventually give up constantly struggling against my reasoning, my mind and my conscience, and to choose to take up the challenge of facing the consequences of this decision.

During the first years of wearing a headscarf, I used to feel like my head was stuck up inside a nylon bag, and I heard humming. I had those fearful moments when the needles came loose, wondering if the needle would prick my throat. So I would at times take off the headscarf secretly when my mother was not watching. But one day when I got caught by my mother she subjected me to an unforgettably painful beating.

30 years later, when I decided to uncover my head, another battle started. It was very difficult. Radical Islamists got very furious when a covered and well-known writer decided to uncover her head. I harsh insults and received death threats.

Change was painful in this respect. But when I came to America, first of all I started to swim to my heart’s content... It was such regret for me not to have done it for so long that I didn't want to get out of the swimming pool before I swam for two hours every night...

I suffered from vitamin D deficiency since my skin didn't get enough sunlight by then and this normally causes serious illnesses, weakness and mental fatigue. I sunbathed a lot. Then I tied my hair in a pony-tail and played tennis under the blue sky with my white tennis clothes on. I cannot tell you how good it felt. Then I fulfilled my dream of growing nails and putting on red nail polish, which was a personal remembrance to me.

Now I am free and believe that God has no problem with the hair on my head, He will not burn me in his Hell for this reason, He holds us with much more mercy and kindness than we think, and that being "a good person" is much more important than wearing a dark veil.

I have understood that destroying our lives like a criminal in pain and tears just because we express our feelings of thankfulness clearly cannot be something He desires. And I have chosen to accept everyone He created, without conditions, prejudices and with love like He does.

This new movement which saves Muslim women from the primitive image of Arabic nomadic life should rather be encouraged than being criticized. Women should be the sole decision makers on what they wear! 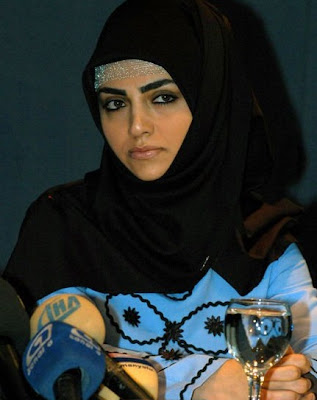 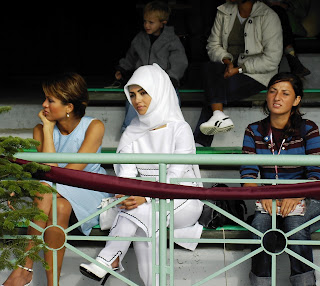 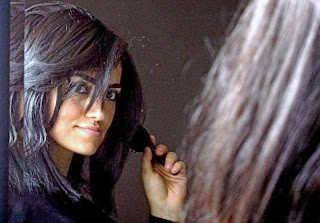