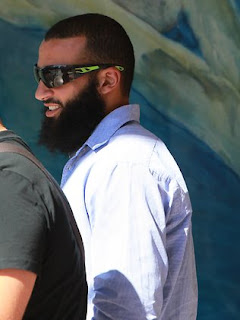 A MAGISTRATE handing a chief offender in last year's Muslim riots a four-year jail term says if it was possible she would have sentenced him for longer.

Deputy Chief Magistrate Jane Culver yesterday made the comments while sentencing father-of-one Mahmoud Eid, 26, to at least 33 months in jail with a total term of just over four years over the ugly September 15 riots in which he kicked a police dog and pushed over a policewoman.

The Punchbowl plumber, who was charged with rioting, assaulting police and animal cruelty, was found to have played an active part in every violent clash with police during the protests. His actions were caught on various footage of the riot.

He handed himself in two days after being exposed in the media for his actions, which included pushing over a female constable, kicking police dog "Chuck" in the ribs and hitting an officer's riot shield.


Eid previously served 15 months of a two-year jail term for a reprisal attack after the 2005 Cronulla riots and he has a string of convictions for assaulting and resisting police.

Defence lawyer Elie Rahme said Eid had religious beliefs he held "very dear" but clearly he had unresolved problems with "communicating (his thoughts) into words", "anger management" and "impulse control".

"Instead of speaking about their feelings they chose to lash out with violence."

The riots began as a protest against a YouTube clip mocking Islam before degenerating into angry clashes in which police were pelted with bottles, timber poles and other missiles.

Ms Culver said Eid must have known the protest could easily turn violent given his history at Cronulla, yet he had spent hours following the clashes around the city.

"There is no noble cause which can justify a riot where violence is used against police," Ms Culver said.

Mr Rahme said the "offensive and provocative" anti-Islamic film could have only been created to stir up anger, but Ms Culver cut him short and said she didn't want the court used as a platform for political views.

"Freedom of speech cannot be a vehicle by which violence can be perpetrated," she said.

Ms Culver sentenced Eid to at least 33 months in jail with a total term of just over four years. She said she would have given him four years for rioting alone if not for local court rules which imposed a cap on the length of sentences.

Eid smiled and hugged supporters before he was taken into custody. 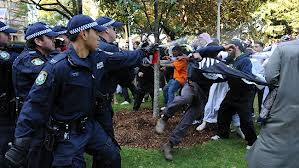 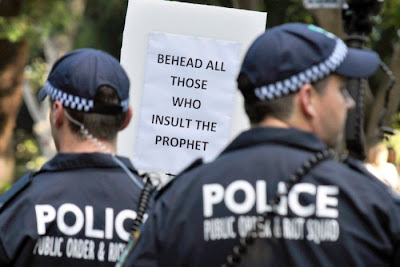 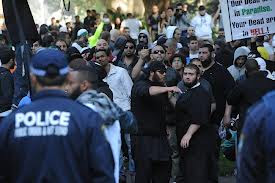