(The Open Letter To Dalia Lama direct from the Opposite Eye Blog on 11 May 2013.) 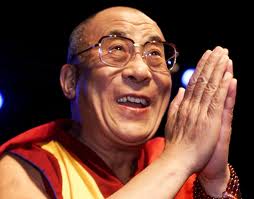 We think you are misled by some people / groups and one sided media reports based on fabricated propaganda of extremists and opportunists.

You were absolutely correct in mentioning about what Buddha taught us about forgiveness, tolerance, compassion.We, as human beings regardless of race & religion, must denounce any kinds of violence, and promote peaceful solution for any conflicts.

Burma is a most diverse multi ethnic country in Asia with 135 indigenous ethnic groups. Historically Burma is a tolerant country with different faith groups live peacefully side by side with mutual respect. Over 2,000 years old historic Sule Pagoda, over century old Christian Church& Mosque are existing side by side in middle of downtown Rangoon (Burma’s largest city) alongside with Rangoon City Hall. A Hindu Temple is also standing near these historic religious buildings in downtown Rangoon.

Recent senseless communal violence in Burma was incited by the enemies of democratic reform process, opportunists and extremists (domestic and abroad). We denounce all kinds of violence and encourage building the mutual trust and peaceful society.

Both Muslims and Buddhists communities suffered casualties and property damages during senseless violence.

Last year, violence in Western Burma started with a Buddhist girl was gang raped& killed by a group of Bengali Muslim men.The Independent Investigation Commission (consists of human right activists, lawyers, historians and religious leaders including Islam, Christian, Hindu and Buddhist) reported that total 347 were killed and 411 were injured as reported by both sides. 60% of causalities were Muslims and 40% were Buddhists. Over 7,700 houses were destroyed (similar ratio as causalities). Furthermore, 24 Buddhist Monasteries and 32 Mosques were destroyed by mobs in Western Burma.

Latest violence in Central Burma town of Meikthila started with an argument at Gold Shop owner & seller and physical assault to Burmese Buddhist couple by Bengali Muslim owners & staff; later fuelled by a brutal killing of a Buddhist Monk by Muslim mob inside a mosque.

Please note that although Buddhist monks were among victims of the violence in central & western Burma, none of Muslim religious leaders were hurt during communal violence. I am forwarding a few photos from recent incidents for your info and consideration. 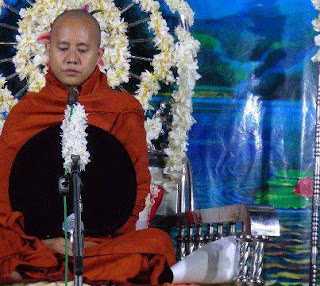 In fact, leading Burmese Buddhist monks including so called anti-Muslim monk U Withura and local Burmese Buddhist residents protected Muslims, they even rescued several hundred Muslims trapped by armed mobs. They brought rescued Muslims to safety and providing the food & water until today. Some Muslims were even provided shelters at the Buddhist Monasteries. Buddhist Monks are providing food and other assistance to latest Muslim victims in Okkan (near Rangoon); some were sheltered in a Buddhist monastery and protected by Buddhist monks.

Indigenous Buddhists ethnic people are living in the Western Burma for thousands of years, unfortunately many were victims at their own home land by invading Bengali Muslims (similar to Tibetan Buddhists and Chinese Communists in Tibet land). Now, Bengali Muslims so called Rohingya represents 95% of the population in Western Burma townships (border with Bangladesh); native Buddhists are now less than 5% of the total population.

We found that your comments against Burmese Buddhist Monks are incorrect, unfair and unjust. We are very sad and painful to read those incorrect news and comments especially from the His Holiness.

We respectfully would like to request you to withdraw your comments on denouncing the Burmese Buddhist Monks.

Please feel free to contact me if you require additional information.

Following was what that Muslim Media Mizzima reported of Dalai Lama's condemnation of Buddhist Burmese Monks.

The Dalai Lama has called for Buddhist monks to stop spearheading the anti-Muslim violence in Myanmar. Speaking from Dharamsala, his exiled base in northern India, in an exclusive interview with ABC News, the Tibetan spiritual leader condemned the violence and called for the radical monks to practice forgiveness, tolerance and compassion.

(Who gives a stuff about that old Dalai Lama. He belongs not to real Buddhists like us Burmese. He is a pseudo-Buddhist still pretending to be a smiling Buddhist king of old Tibet.) 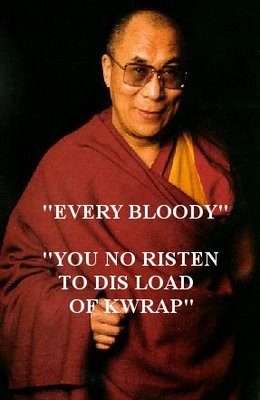 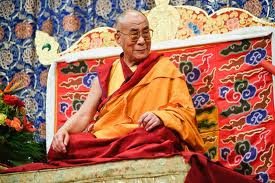