(Translation of news articles from various Burmese blogs on 21 May 2013.)
Lashio the capital of Northern Shan State has been under dusk-to-dawn curfew (Act-144) since 8 pm last night (28 May 2013) after violent anti-Muslim race riots broke out there.
The riots were triggered by a fiery attack on Aye Aye Win (24), a petrol retailer (Shan-Buddhist) on Thein-ni Street of 8th Ward in Lashio, by Ne Win (48) a Muslim (Kalar)  traveller from Kengton’s 2nd ward. Apparently at about 4:15 pm on May 28 a heated argument broke out between petrol seller Buddhist woman and the Muslim man.

Muslim man then tried to pour petrol over Buddhist woman and set fire but the Buddhist woman managed to run away from him and into nearby Yadana-tintain Street. But the Muslim man still chased her and caught her there and poured petrol all over her body and burned her alive.
The local Buddhists then caught the Muslim man, bashed him up, and later surrendered him into the hands of policemen who took him to the nearby Lashio No-1 Police Station. At about 5 pm nearly 200 local Buddhists led by about ten Buddhist monks surrounded the police station and asked for the Muslim man so that he could be lynched. Police refused and immediately transferred the Muslim man to safer and more secure Lashio Prison.
At about 7 pm the local Buddhist mob began to attack the Islamic properties all over town. The large mosque near Myoma Bazzar and the Arabic Madrassa on Lan-ma-daw Street were burning till the time of this report. About 15 shops by the mosque and madrassa were also burned down. The Muslim-owned hardware store on Hantharwaddy Street was also burning. 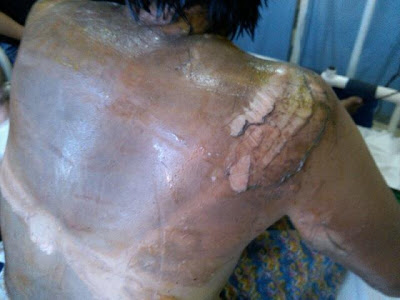 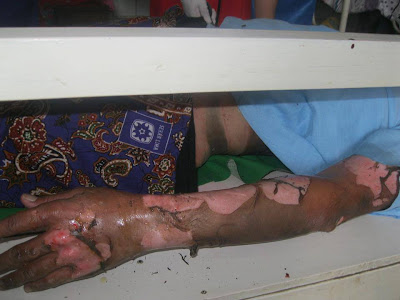 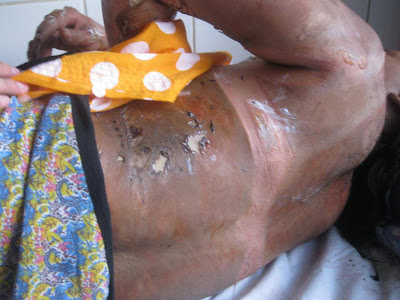 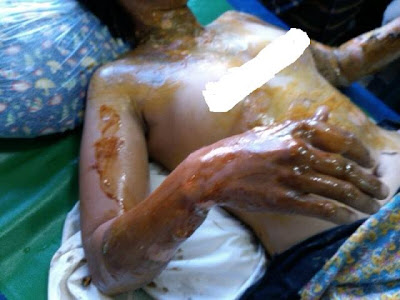