(Part of this post is direct from the New Strait Times of Islamic Malaysia.)

According to the New Strait Times of Malaysia a high-ranking official from a major OIC member country (Either Pakistan or Saudi Arabia?), assigned by the OIC to implement their latest policy of armed-intervention in Burma, secretly met with SSA’s General Ywet Sit in the Bangkok Embassy of that major OIC country.
May 9 clandestine meeting between the OIC delegate and SSA (Shan State Army – A Shan insurgent and drug trafficking army in Burma) highest-ranking officers was leaked out by Pakistani diplomatic sources in Malaysia.
The meeting was primarily on offering SSA at least 100 million US$ as first instalment to help OIC establish the Islamic Jihadist Army of Burma’s so-called Rohingyas or Bengali-Muslims and Muslim Mujahedeen volunteers from all over the Islamic world in the SSA-controlled territory bordering Northern Thailand.

OIC’s previous attempts to infiltrate Burma through armed Rohingya organizations on the Bangladeshi border has failed because of Bangladeshi Government’s refusal to openly support it and also Buddhist-Yakhines’ pre-emptive strikes against the illegal Bengali communities in Arakan State last year.
Narrow strip of jungle-less land by the Bangladeshi border tightly controlled by Burmese army also provided non-favourable geographic conditions for the OIC’s Islamist Army of international jihadists to establish a foothold there.

But the heavily jungle-clad and mountainous region of Shan State has been a hotbed of drug-funded Shan insurgency and it will definitely make the OIC's long time dream of islamizing Burma come true if the SSA takes the cash and cooperates with the Muslim Islamists even though almost every Shan is a devout Buddhist.
And according to the New Strait Times’ source - a junior Pakistani diplomat in KL - the OIC-SSA agreement initiated by Harn Yawnghwe’s EBO (Euro Burma Office) will soon provide OIC’s Islamist Army a firm territory in Burma for its future bases.
And the long porous border between Thailand and Burma will also provide the easy entry for international Muslim volunteers into Burma through Muslim-friendly Thailand.
SSA’s strategic ally KIA already has a nearly 2,000-strong Yakhine army of Bengali-Muslims trained and ready at Laiza to become a nucleus of that OIC’s Islamist Jihadist Army by the Thai border. 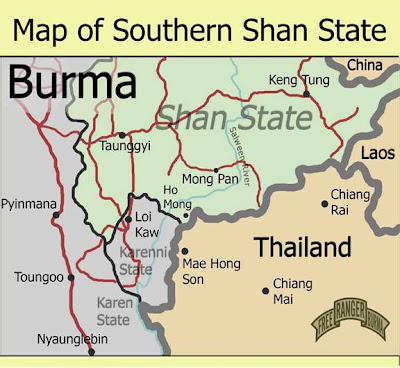 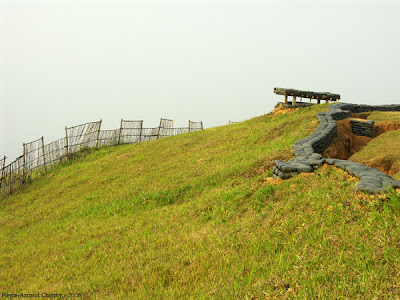 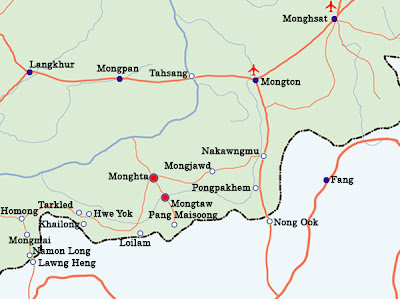 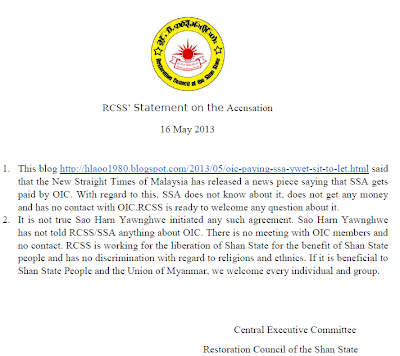 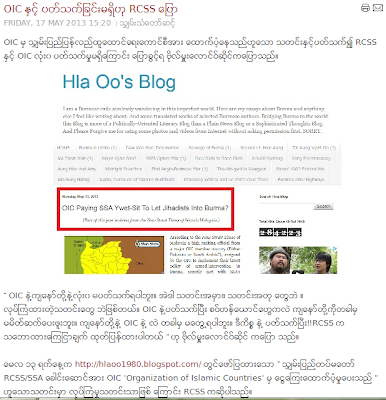 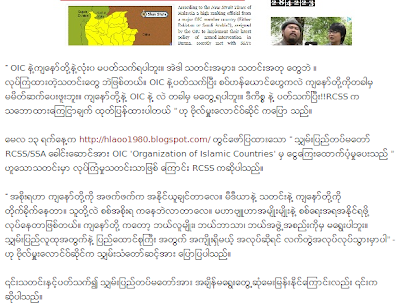 Some thing dead serious is definitely going on between OIC and SSA and SSA is really worry dead about people of Burma knowing it!
Posted by Hla Oo at 12:51 PM