(Direct translation of news articles from MyanmarNewsLocal Blog on 19 May 2013.)
More than 300 still-Burmese and former-Burmese nationals living in the Washington area came and met their President U Thein Sein at Burmese Embassy in Washington DC on today May 18.
During his cordial meeting with Burmese families in Washington DC President Thein Sein explained to them the current reform process back home in Burma and he also invited all the Burmese working abroad to come back home and help rebuild their native country.
He also reminded them of some American sanctions still active against Burma and told them that the reason for his visit was to urge the United States to end all the remaining sanctions like infamous Jade Act which bans jades and all gemstones from Burma. 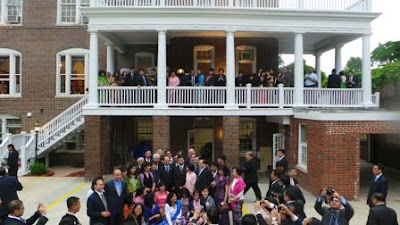 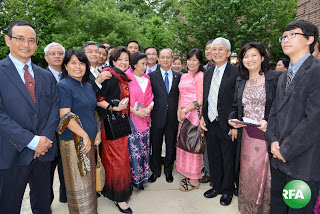 The Tiniest and Shortest Ever Anti-Burma Protest
Pathetically small crowd of five people protested for about ten minutes just outside the embassy and the so-called protest has entered into the American history as the tiniest and shortest ever protest held against any senior official from Burma.
All protesters were reported as the 8-8-88 generation groupies and they will be protesting again at VOA tomorrow when the President will hold a town hall style meeting there. 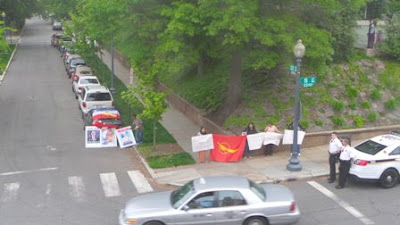 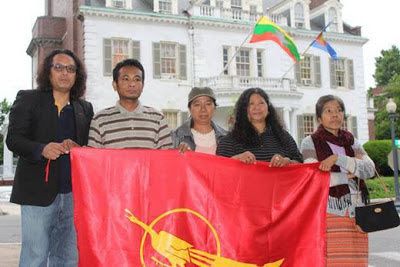