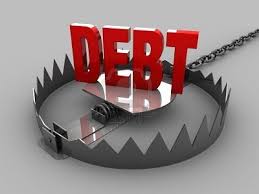 
Thus, the proposal indicates that this will be a huge boon for China’s industries. China is already developing the China-Pakistan Economic Corridor (CPEC), connecting Xinjiang province in northwest China through Pakistan to the Gwadar port and the Indian ocean. CMEC would provide a second corridor for transporting Chinese goods to the Indian Ocean, this time from Yunnan province in southwest China.

CPEC and CMEC provide two routes to the Indian Ocean, thus reducing China’s reliance on the Malacca straits — the narrow passage that links the Indian Ocean with the Pacific, and which is dominated by the United States.

But since November 2017, when China announced the proposal to build CMEC, Myanmar’s public and media have raised a number of concerns.

The project could provoke further conflicts in these ethnic areas and even subject the project and the Chinese workers to terrorist attacks. This is already happening in the Balochistan region of Pakistan, affecting the CPEC project.

Second, the Burmese public is very aware of the “debt trap” issue, where China funds the infrastructure project with billions of dollars that have to be paid back, or else forfeit land and infrastructure that has been put up as collateral for the loans.

The Burmese are very well aware Sri Lanka lost its $1 billion Hambantota seaport in exactly that way, and now the seaport and a substantial amount of land around the seaport are occupied by the Chinese and thousands of Chinese workers. China structures the aid agreements without concern for whether the loan can be repaid, since China then has the option of taking control of the country’s infrastructure in case of default.

It is actually worse than that. China loans the money to the country and requires that it only be used to pay the salaries of Chinese workers and to purchase parts and equipment from Chinese factories. So the money is immediately returned to China but still has to be repaid, so the country is effectively forced to repay the loan twice. After default, and the Chinese take control of the infrastructure project, there is an enclave of Chinese workers and their families who will be there forever.

Myanmar’s Kyaukphyu seaport is not the only project facing debt-trap concerns. For the CMEC agreement, there are industrial zones, railways, roads, and other infrastructure projects to be built along the corridor for which Myanmar cannot find financing.

In a bit of black humor, Ning Jizhe, head of China’s National Development and Reform Commission (NDRC), claimed that China’s BRI projects are not a debt trap. He said the countries with debt problems have long-standing high debt levels which should not be blamed on the BRI.

But, of course, it is exactly people with debt problems that loan sharks and payday loan operators prey on by offering extortionary loans and then sending thugs out to collect the loans in whatever way they can.

Myanmar’s government dropped a couple of projects related to the Kyaukphyu seaport in July to reduce the amount of debt. However, the initial loan will still be $2 billion. However, there are several reasons why Myanmar felt forced to go ahead with CMEC proposal, even though it is almost impossible that the debt will be repaid.

First, Myanmar is an economically weak country which, even in the best of times, is unable to borrow money due to lack of transparency in its government expenses and its relationship with China. According to one analyst, “Raising capital overseas will also likely be challenging given that foreign investors will likely find it difficult to determine Myanmar’s creditworthiness due to the lack of information.”

Second, the United States is imposing sanctions on Myanmar, and Australia is considering doing the same, because of the genocide and ethnic cleansing of Rohingyas in the last seven years.

The sanctions mean that whatever Myanmar’s chances of borrowing money internationally in the past, it will be almost impossible after the sanctions are imposed. The threat of sanctions is isolating Myanmar even further, so that its closest friend in China, where government officials really do not care about such things as genocide and ethnic cleansing.

So if the word “trapped” applies to any country, then it certainly applies to Burma. China will certainly use its leverage to control policies and developments in Burma in whatever way it feels necessary, and will apparently receive full cooperation. 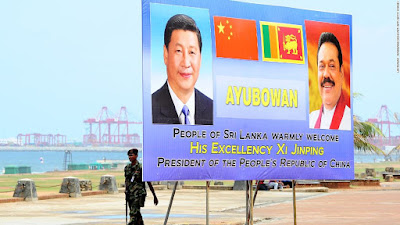 China’s “debt trap” is even worse than we thought

An egotistical president, an influx of foreign cash, and a massive pile of debt led to Sri Lanka handing over an entire port to China in December 2017, on a century-long lease.

That handover gave China a strategic foothold just 100 miles from its rival India, akin to how the Soviet Union’s foothold in Cuba raised US blood pressure during the Cold War. Chinese submarines have already appeared there.

But now new details have emerged, including the news that despite ceding the port, Sri Lanka is more indebted to Beijing than ever thanks to the high interest rates on its existing loans. This year, the country owes nearly $13 billion, out of a forecast revenue of less than $14 billion.

Such a vulnerability to global influence is one reason China spent millions in 2015 trying to re-elect the Sri Lankan president, Mahinda Rajapaksa, who signed off on many of those debts, lost his office, and is now plotting a return to power.

A New York Times investigation elaborates on the story of how the port at Hambantota came to be, despite the fact that there was little apparent need for a new working harbor on the small island nation. Instead, the site was chosen because it was the political base of Rajapaksa, who sought a symbolic project to celebrate his greatness.

Rajapaksa’s regime had grown close to China as Sri Lanka faced international isolation at the tail end of a brutal civil war between the government and Tamil insurgents. China continued to provide funds and support for Rajapaksa, and in turn he supported Chinese foreign-policy objectives in the region.

So when he sought to build a port, China was generous, with hundreds of millions of dollars in loans—as long as Chinese companies could build the port, and the comings and goings there could be shared with Chinese intelligence. As the project stretched on, growing increasingly over-budget with little apparent revenue, new loans, with ever-higher interest rates, were needed. The port opened early, in 2010, but there was still a large rock blocking ships from entering that needed to be destroyed—at a cost of $40 million.

Despite China’s spending on the 2015 election, Rajapaksa was pushed out over corruption concerns. But the new government had little choice but to accede to China’s demand to hand over the port in 2018 as the country’s debts worsened. In 2017, it borrowed $1.5 billion from the IMF, but this wasn’t enough—in May 2018, Sri Lanka took a new loan worth $1 billion from the China Development Bank.

Sri Lanka isn’t the only country now fretting about debt to China. The Center for Global Development, a nonprofit research firm, analyzed debt to China that will be incurred while participating in the planned Belt and Road infrastructure investment scheme. It concluded that eight nations could find themselves vulnerable to above-average debt: Djibouti, Kyrgyzstan, Laos, the Maldives, Mongolia, Montenegro, Pakistan, and Tajikistan.

Back in Sri Lanka, the government says that foreign militaries are still forbidden at the Hambantota port. But China’s history of broken promises when it comes to military installations abroad, combined with Sri Lanka’s still-rising debt load, means that any restriction could be temporary.

A new party led by Rajapaksa won local elections in 2018, and while he is prohibited from seeking the presidency again, one of his brothers is seen as a potential candidate for national elections in 2020. 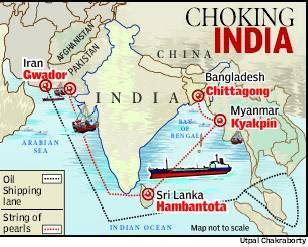