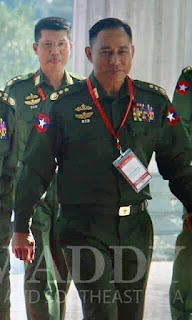 During the night raids all family members, the PSOs, the PAs, and even the drivers of all eleven generals have been put under house arrest while the generals were taken away to a secure location inside the War Office Compound for interogation.

Unconfirmed reports are claiming that during the arrest by Min Aung Hlaing’s troops Lieutenant-General Yar Pyae was shot and seriously wounded as he tried to resist. Lieutenant-General Yar Pyae was the former Commander of BSO-2 controlling three regional military commands in North-Eastern Burma. At present he is the head of Army’s 5-member Peace Negotiation Committee.

All together those generals arrested by Min Aung Hlaing's shock troops have complete control of more than 150 infantry battalions and also significant numbers of followers in the Burmese Army's officer corps. 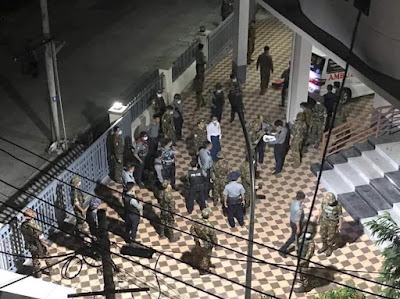 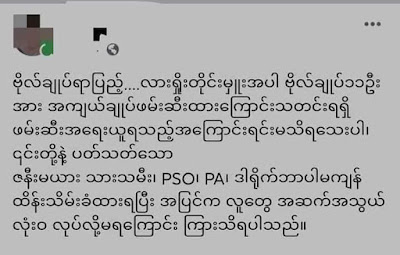 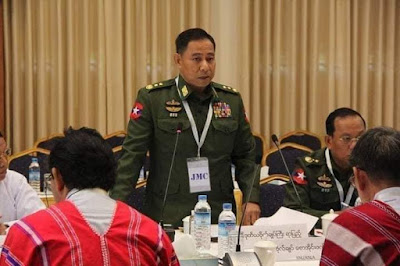 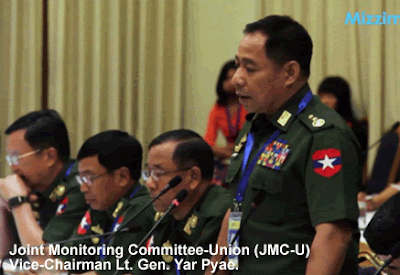 Another troubling news coming out of Burma is a serious attempt on the life of Deputy-Senior-General Soe Win inside one of army bases near Nay-Pyi-Daw yesterday.  While brave Min Aung Hlaing has been hiding in his bunkers his deputy General Soe win has been touring around the country and visiting various army bases.

Soe Win has been trying to lift the moral of the troops by explaining them the just reasons for their hated February Coup to the troops. The bottom photo is the troop-assembly at May-Myo in March. Attempt on his life happened at such a gathering in an army base. 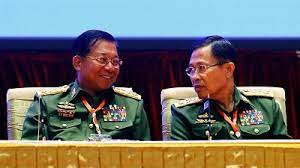 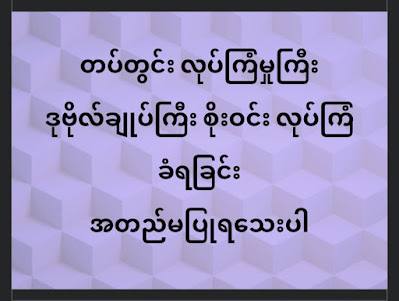 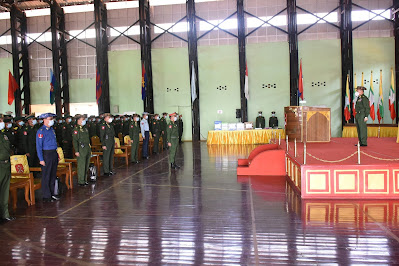 On April-21 Burmese Army spokesman General Zaw Mel Lone denied the rumours that 11 top generals were detained yesterday when asked by the NIKKEI ASIA reporter. He just simply said that all eleven are now quietly working at the Naypyidaw's War Office. Perhaps they were cooperating with the MAH's interrogators under torture. 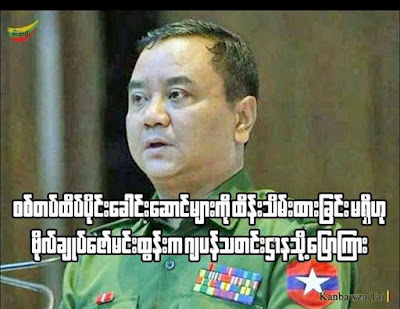