The poor girl just went out for a snack in Mingaladon Bazzar near her house. And unknowingly ran into the CNN’s Chief International Correspondent Clarissa Ward who had been in Rangoon here for three whole days after invited by the newest Burmese dictator General MAH through his 2-million-dollar-man Israeli lobbyist Ari Ben-Menashe.

Probably the Burmese girl didn’t know she was the famous CNN reporter, if she did she would have her mouth shut and immediately run away, and she honestly answered a few questions from the CNN reporter. She was just replying to the questions from a white-woman-stranger as any decent English-speaking Burmese girl would do politely with respect.

But the horrifying result was that her family home was immediately raided by the Burmese security forces and she was arrested and then taken away to the notorious Shwe-pyi-thar Interrogation Center. Her parents, apparently also from the Military as the township is an army cantonment township, followed them to the Center but were not even allowed to see their young daughter.

Please speak out for her by sharing this post and denouncing the military for their shameful act. I also attach the photos of a large military-looking man following the CNN team and guiding her escorts where ever they went in Rangoon. Beware of him, for he seems to be extremely dangerous! 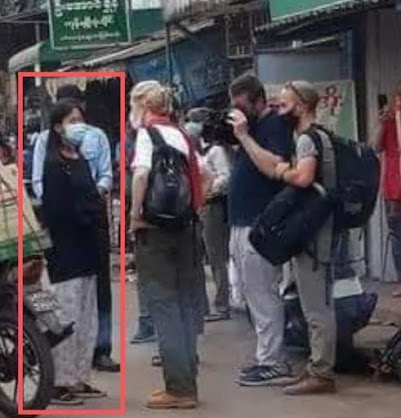 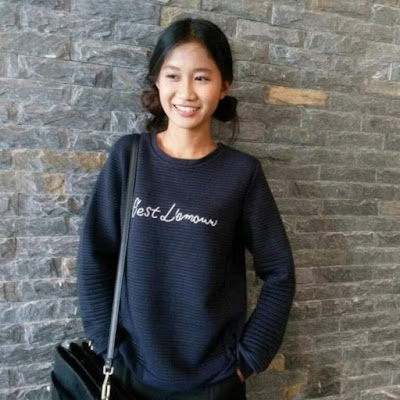 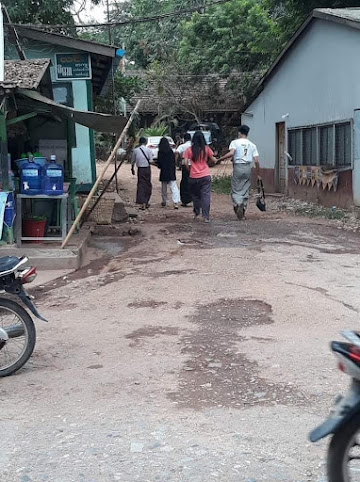 There also was another similar case in Saw-bwar-gyi-gone at Prome Road’s 10-mile where two young Burmese women were interviewed by CNN reporter Clarissa Ward in the markets. One even raised a three-finger portest symbol to the CNN reporter. The two shopkeepers interviewed were immediately arrested and taken away to Shwe-pyi-thar Center once Clarissa Ward walked away from the scene. 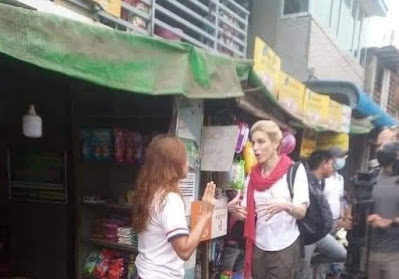 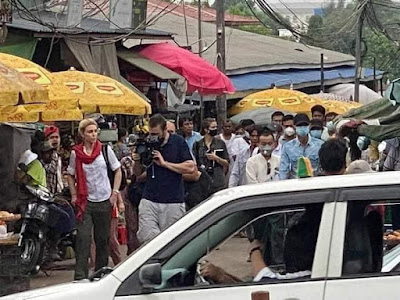 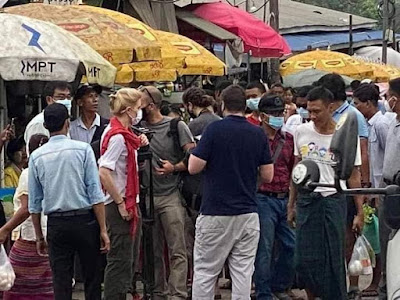 Following is the photos of a large military-looking man following the CNN team and guiding her escorts where ever they went in Rangoon. Beware of him, for he seems to be extremely dangerous! 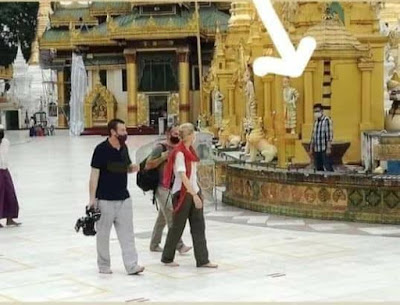 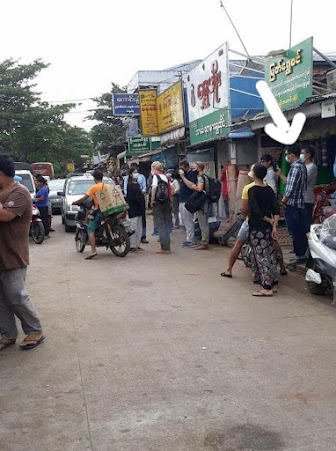 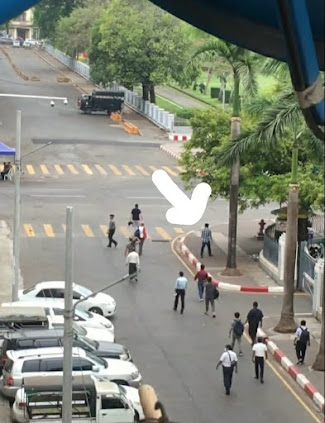 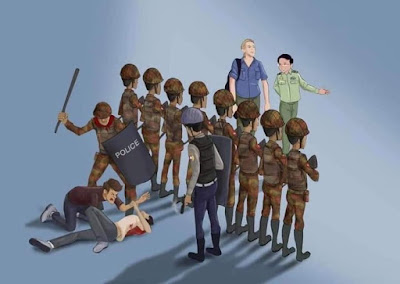 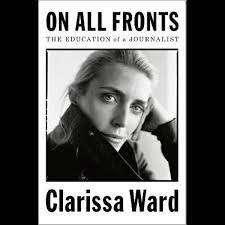 CNN's Apr-2 response for the reports of interviewees arrest

A CNN team spoke with residents Friday while visiting a bazaar in Yangon's Insein township. CNN is in Myanmar with the permission of the military and is being escorted by the military, including during the visit to the market.

Two women were arrested afterwards, ​according to a report from local outlet The Irrawaddy​. The report included an eyewitness account that one woman was seen speaking to the CNN team. It's unclear ​from that account whether that woman was among those arrested soon after. An improvised anti-regime protest broke out while the team was present, its report added.

Multiple unverified reports posted on social media said at least two people had been taken away by security forces after speaking with the CNN team. CNN has reached out to the Myanmar military for comment on the reported detentions. In its latest briefing, the AAPP said it could confirm the location of "only a small fraction" of recent detainees it had identified. 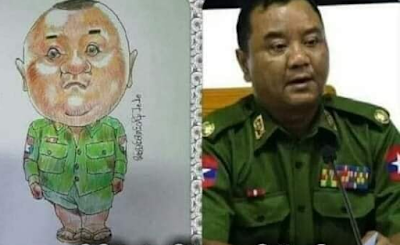 Eight of the eleven interviewees taken away by the Burmese soldiers were immediately released when CNN's Clarissa Ward demanded their release. But the rest who were no longer alive at that time have simply vanished.
Posted by Hla Oo at 11:58 PM