Karen Rebels Step Up Attacks As Army Struggles To Rule 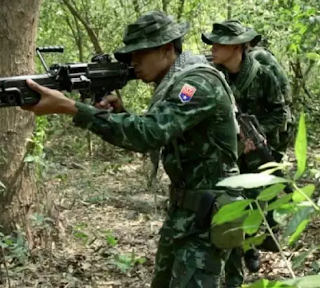 Karen rebels step up attacks as Myanmar army struggles to rule: Myanmar’s military launched air strikes on a village and outpost near the Thai border on Tuesday, Thai authorities said, after ethnic minority Karen insurgents attacked a Myanmar army post in some of the worst clashes since a Feb. 1 coup.

The Karen National Union (KNU), Myanmar's oldest rebel group, said its fighters had taken the army camp on the west bank of the Salween river. Thailand said it was ready to provide humanitarian but stressed it was not taking a side in the conflict.

WHO ARE THE KNU? The KNU is the dominant political organisation representing ethnic minority Karen communities in Karen, or Kayin, State, bordering Thailand. Its aim is self-determination for the Karen people in a region of about 1.6 million people, roughly the size of Belgium, where they are the ethnic majority in the state.

Marginalised in then Burma's post-independence political process, the KNU started a rebellion in 1949, which it waged for nearly 70 years. One of its key grievances was the majority Bamar community's dominance of Myanmar's state and military.

The KNU and its military wing, the Karen National Liberation Army (KNLA), have historically been one of the biggest adversaries of Myanmar's military, or Tatmadaw as it is known.

Activists have accused Myanmar soldiers of atrocities against the Karen, including murder, burning villages, forced labour, torture and systematic rape of women and girls. The military has suffered many losses to Karen guerrillas.

After a semi-civilian government initiated broad reforms in 2011, the KNU joined Myanmar's Nationwide Ceasefire Agreement (NCA), touted as the first step towards a federal system, but the coup has cast doubt on the deal's future.

The coup has added to the deep scepticism and mistrust of the Tatmadaw among ethnic minority forces and the KNU says the military has expanded into more Karen territory. It said the truce is over and has declared its support for the largely urban pro-democracy movement behind mass protests and civil disobedience.

Military jets last month launched the first air strikes on KNU territory in 20 years after an attack on a post by KNU fighters that killed 10 soldiers. KNU forces have been attacking Myanmar army positions and trying to cut off supply routes, triggering sporadic clashes and air strikes.

Myanmar's pro-democracy forces have sought to bring the KNU and other ethnic minority armies into an alliance against their common enemy, the Tatmadaw, which is struggling to govern.

A parallel administration, the National Unity Government, which says it is the legitimate authority in Myanmar, wants the insurgents to form a "federal army" with a say in Myanmar's future after the defeat and disbandment of the Tatmadaw.

The KNU has been protecting pro-democracy protests in its area from the security forces. Other guerrilla forces, including the Kachin Independence Army in the north and Arakan Army in the western Rakhine state, are also supportive of an the anti-junta coalition.

Thousands of Karen villagers have fled to Thailand in recent weeks. The KNU has urged Thailand to give sanctuary to its civilians if fighting intensifies, as it has done in the past. Thailand on Tuesday said it would provide shelter, food, medicine and water at its border to civilians fleeing fighting, and keep moving them to safer areas if required.

Thailand has been criticised previously by some activist groups and accused of being reluctant to fulfil its humanitarian obligations. It faces a big refugee burden if fighting is sustained.

Despite having fewer troops, less firepower and no air assets, an alliance of ethnic armies could pose a significant problem to a Tatmadaw that has to fight on several fronts. But such a conflict would be a long and bloody one and any armed alliance would face challenges with resources and weaponry, or be susceptible to power struggles, factionalism or external intervention.

The military mastered divide-and-rule tactics during its 49-year rule of Myanmar and might strike deals of its own to weaken its opponents. Should the resistance movement prevail over the Tatmadaw, a political transition could be fraught with problems. 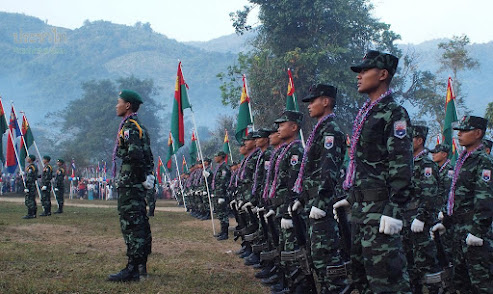 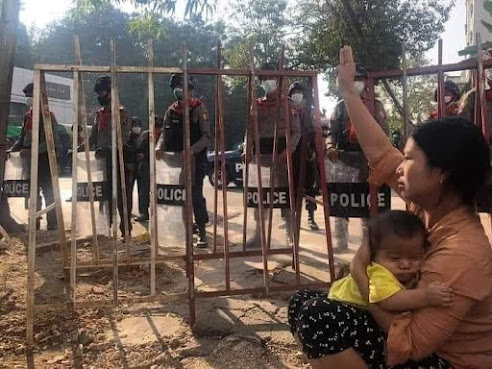 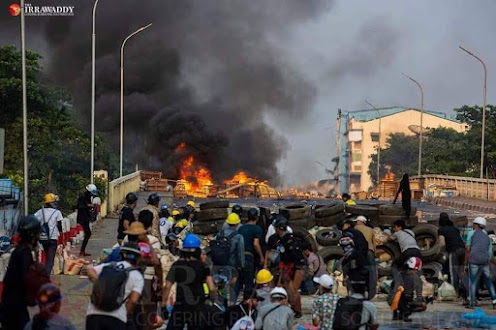