Why Burmese Army Will Never Give Up The Power? 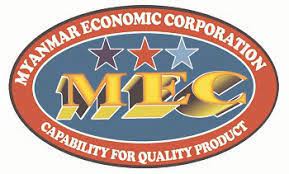 When first NLD Government came into power in 2015 they had no money in their hands. So they went around the world with cups in their hands and managed to beg about US$ 100 million from the international community.

But after the Arakan Crisis and the displacement of so-called Rohingyas (or Bengalis as Burmese love to call them) most of that aid money from the international community were withdrawn and the result was the struggling civilian government trying to develop the country on their own.

But the military was doing well as usual despite the EU’s economic sanctions, for the military is sitting nicely on at least US$ 80 billion worth of economic and commercial assets and earning massive profits from those assets. I knew very well since I was always visiting the Auditor-General office to have a cup-of-tea there.

In Burmese currency those assets were worth Kyat 108 trillion (at 1200 Kyat/US$ exchange rate). Our union government revenue annually was only Kyat 5 trillion. The Tatmadaw (military) is much, much richer than the union government which is supposed to fund the military from government budget.

For that fact that our military is much richer than our union government we do not need to look somewhere else but MYTEL the military-owned telecommunication company. MEC (Myanmar Economic Corporation) under the Oo-Bai (MEHL – Myanmar Economic Holding Limited) could invest more than one billion US$ for MYTEL alone in 2017. Our union government could not afford that much money.

Just MYTEL alone is the proof that our Tatmadaw is much, much richer than our union government. Okay, now my question is what sort of benefits our nation as a whole has received back from such a rich military like our Tatmadaw? Or are there any benefits for individual Tatmadaw members and the general public from the rich army?

None, zilch, nil, zero (Thone-Nya)! Following is the reason.

But right now that massive commercial assets of MEHL are tightly controlled by a fist-full of senior military officers who have benefitted handsomely while the lowly members of our Tatmadaw have to protect their institution with their sweats and bloods and lives, and surviving dismally on the bones and scraps being thrown at them from the top echelon.

Senior-General Min Aung Hlaing is a major shareholder in the army-owned Myanmar Economic Holdings Limited (MEHL). Back in the 2010–11 fiscal year, he owned only 5,000 shares and received an annual dividend of just US$ 250,000. But Min Aung Hlaing now sits on MEHL's Patron Group, which runs the conglomerate. Currently MAH's accumulated wealth is well beyond US$ 100 million and earning at least US$ 10 million annually.

As long as these military-owned exploitative commercial entities like MEHL, MEC, and Mytel are allowed to exist just to enrich the pockets of rich military class the Burmese military will never leave the politics, never go back to the barracks, and our Burma will always be shit poor and our people will never get out of this poverty hell-hole called Myanmar. 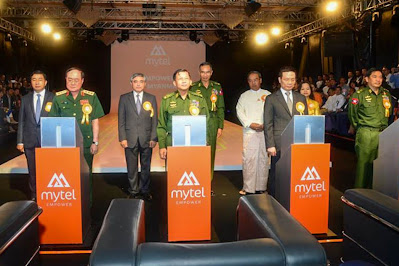 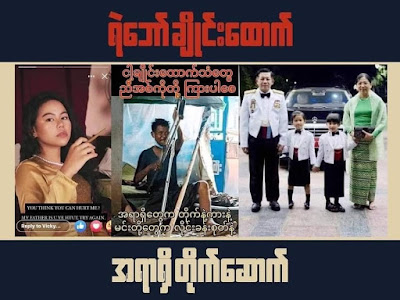 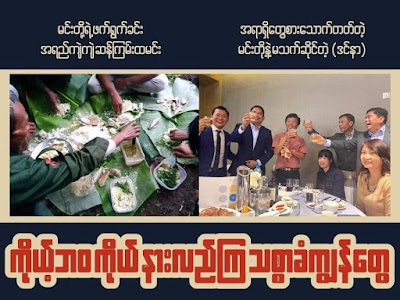 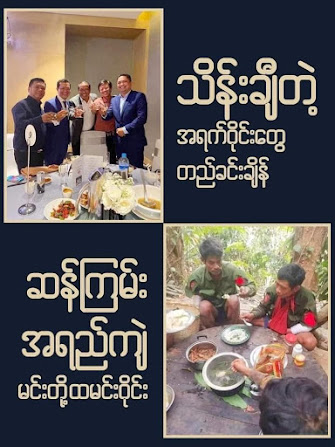 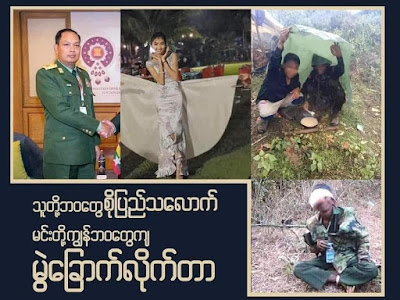 MEHL is a vast and secretive military conglomerate; it has business interests spanning the Burmese economy, from banking, trade, logistics, construction, and mining to tourism, agriculture, tobacco, food, and beverage.  MEHL’s shareholder data show that profits are systematically distributed to Burma’s military, including to those responsible for widespread human rights abuses.

MEHL also has 1,793 institutional shareholders, which include regional military commands and subordinate battalions, divisions, platoons, squadrons, and border guard forces.  Shares are distributed across the armed forces with no public accountability, creating secret slush funds that the military uses to augment its operational budget.

MEC was established in 1997 with the declared objectives of contributing to Burma’s economy, fulfilling the needs of the military, reducing defense spending, and ensuring the welfare of military personnel.  Today, MEC is a holding company with businesses in the mining, manufacturing, and telecommunications sectors, as well as companies that supply natural resources to the military, and operate factories producing goods for use by the military.  MEC is led by Sr. Gen. Min Aung Hlaing.

Mytel is a major telecommunications company in Myanmar (Burma), as one of four national carriers. Mytel is operated as a joint venture between the Burmese military and Viettel, which is owned by Vietnam's Ministry of National Defence. Mytel has been criticized and scrutinized for serving as a major source of revenue for the Burmese military.

Mytel was granted a telecommunications license on 12 January 2017. The company is operated as a joint venture, 49% owned by Viettel, which is controlled by the Vietnamese military, 28% owned by Star High Public Company, which is owned by the Burmese military's Myanmar Economic Corporation (MEC), and the remaining 23% owned by Myanmar National Telecom Holding Public Co Ltd, a consortium of local companies.

Mytel uses telecoms infrastructure owned by MECtel, a separate operator controlled by MEC. The first call made on the network was between Myanmar's Commander-in-Chief, Min Aung Hlaing, and Vietnam's Minister of Defence, Ngo Xuan Lich.

Mytel has been criticized for undermining the competitiveness of Myanmar's telecoms market and the military's reassertion of dominance over telecommunications, through its large-scale investments. In June 2017, the government promulgated the Pricing and Tariff Regulatory Framework, including floor pricing rules for mobile fees, which was positioned to give Mytel a market advantage against lower-cost competitors like Ooredoo.

Mytel was granted an exemption from floor pricing rules and was allowed to discount its rates after its launch, unlike other competitors. Through its aggressive price-cutting strategy, Mytel was able to capture a market share of 4% (2.4 million subscribers) only two months after its launch. By contrast, Mytel's competitors agreed to abide by sound price competition practices. 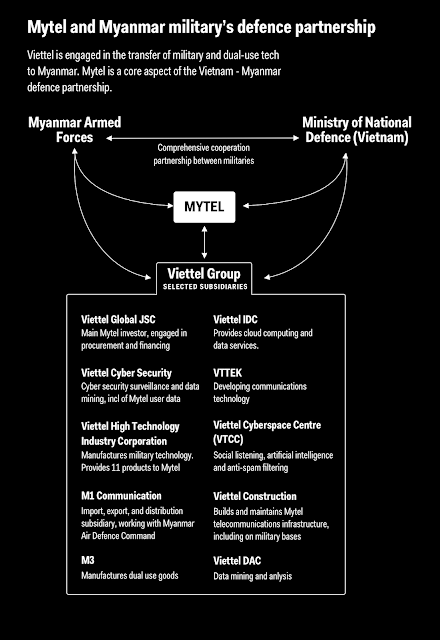 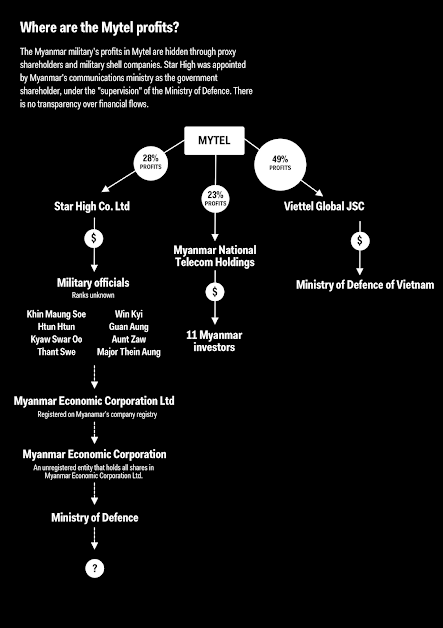